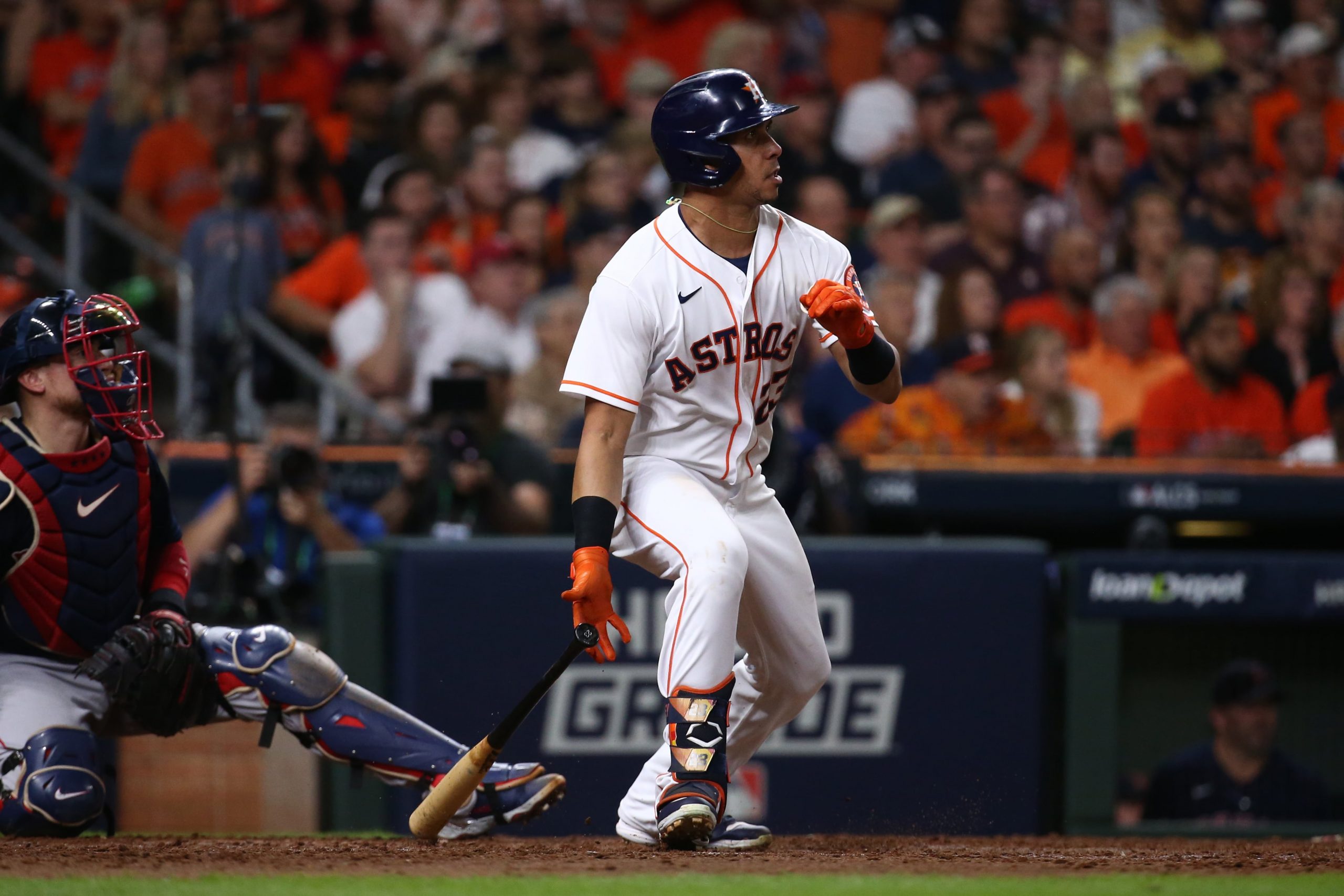 The 2022 MLB season rolls on and we have another exciting slate of games on Monday. There are a number of quality matchups, including this American League clash between the Houston Astros and Boston Red Sox starting at 7:10 pm ET.

What better way to celebrate this matchup than by betting a same game parlay? I just hit a same game parlay at +729 odds on Friday, so now let’s make it twice in a week! We also have thoughts on the side and total, which you can find out in our full game preview.

We have come up with a 3-leg parlay, which would pay out at more than 7/1 odds with FanDuel Sportsbook.

Houston Astros vs Boston Red Sox: Start time and how to watch

The Houston Astros and Boston Red Sox begin a 3-game series on Monday with a start time of 7:10 ET. The game is airing exclusively on AT&T SportsNet Southwest and NESN. Let’s get into our same game parlay for this 2021 ALCS rematch.

The Astros’ lineup has once again established itself as one of the best in baseball, and a key cog is Michael Brantley. Brantley continues to be the model of consistency in this league, and that hasn’t changed in 2022. The outfielder has 32 hits this season and has struck out just 16 times in 117 at-bats. Even against Red Sox ace Garret Whitlock, I see no reason for Brantley’s solid start to tail off. Whitlock has been throwing well, but longevity isn’t in his arsenal. Therefore even if Brantley gets set down in his first few ABs, he should still get multiple cracks against a struggling Boston bullpen.

With hits in 9 of his last 10 games, Brantley has been in a groove. At the top of the Astros’ lineup he should be expected to get at least 4 at-bats on Monday. At this price, taking a stab on the outfielder to have another strong game is worth a shot.

Rafael Devers entered the 2022 season as an AL MVP candidate, and he’s been crushing the baseball this year. Devers leads the Red Sox in most categories, hitting .324 with 46 hits through 34 games. Furthermore, the third baseman has 19 runs batted in and has a knack for clutch hits. Devers has hit well against the Astros in his career and I don’t see why that wouldn’t continue on Monday.

In a game that I expect to go over the total of 9 runs, Devers should be a major factor. Boston’s offense has been inconsistent, but the Red Sox are in desperate need of a strong home effort to get their season back on track. Houston starter Jake Odorizzi does not typically pitch late into games, giving Devers a number of chances to produce against the Astros’ bullpen. If the top of the order sets the table for him, I expect Devers to drive in at least 1 run.

In general, including legs that may not correlate with each other always increases your odds in a same game parlay. However, I don’t think Odorizzi clearing his strikeout prop conflicts with a high scoring game. While the Red Sox should put up a few runs against the Astros’ starter, Boston still ranks 28th in chase rate. The Red Sox are clearly susceptible to the strikeout, as they are also bottom 10 in MLB in contact rate.

Odorizzi is not a strikeout pitcher by trade, but he should have plenty of opportunities to hit this number. Expect around 5.0 innings of work from him, meaning we will have approximately 15 outs to get 4 whiffs. After a slow start to the season, Odorizzi has struck out 4+ hitters in 2 of his last 3 starts. At this price I am confident in the right-hander to deliver.