HomeAnalysisMLB AnalysisMLB LCS update – Are the Astros and Dodgers done?

MLB LCS update – Are the Astros and Dodgers done? 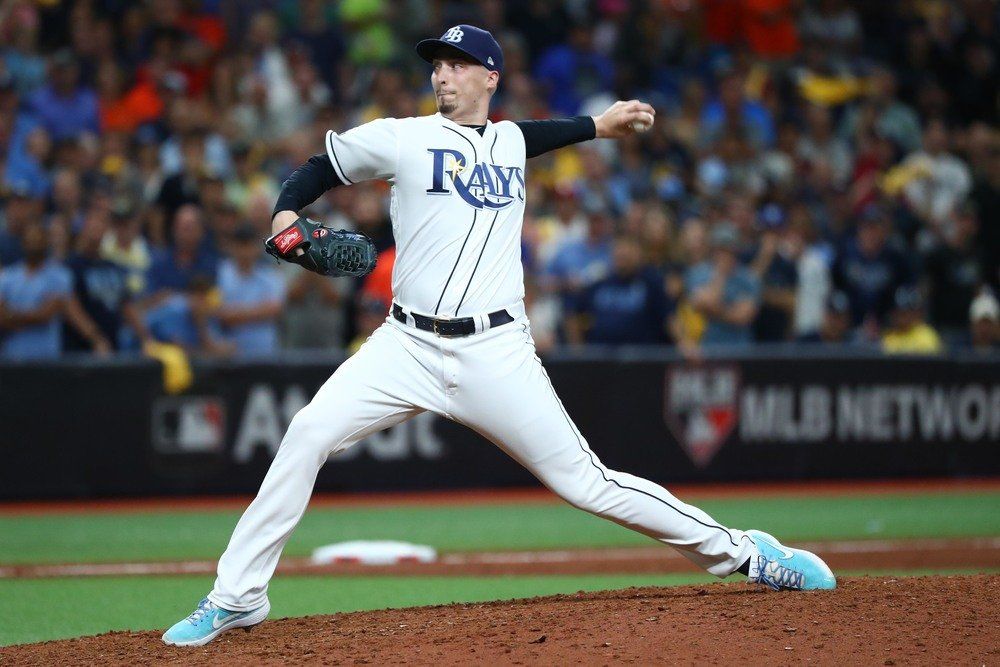 It looks like there will be no rematch of the 2017 World Series between the Houston Astros and Los Angeles Dodgers. The Dodgers would love nothing more than to get a shot at revenge against the sign-stealing team that “stole” the title from them three years ago, but it looks like that will not be the case. At least not this season.

The good news for the Dodgers is that the current predicament in which they find themselves is not as substantial as that of the Astros. Whereas L.A. trails the Atlanta Braves 2-0 in the NLCS, Houston is one game away from elimination with a 3-0 ALCS deficit at the hands of the Tampa Bay Rays.

Heading into Wednesday night’s action, is it over?

Houston, we have a problem

Which Houston team was going to show up in the ALCS? The one that went 29-31 in the regular season or the one that swept the Minnesota Twins in round one and then took care of the Oakland Athletics 3-1 in the ALDS? Well, a sample size of 60 games is obviously much bigger and it turns out the Astros are who we thought they were. Their once-proud lineup continues to underachieve and their fielding against Tampa Bay has been an unmitigated disaster (see: Altuve, Jose).

Do the Astros have any chance of recovering? In a word, no. In fact, they probably won’t even win a single game from the Rays. Beyond the simple fact that it will be difficult to bounce back mentally from Tuesday’s late collapse in a 5-2 loss, the pitching matchup in Game 4 on Wednesday night does not favor Houston. Right-hander Zack Greinke compiled a 6.08 ERA in September and he has a 5.19 ERA so far in these playoffs. That is right in line with his 7.27 postseason ERA in 2017 (with Houston) and 4.68 postseason ERA last year (with Houston). Greinke is opposing fellow righty Tyler Glasnow, who has been stellar in three postseason appearances this month.

Even if the Rays lose Game 4, they would still lead 3-1 and could therefore play it safe with a bullpen day in Game 5 before bringing back Blake Snell (Game 6) and Charlie Morton (Game 7) on full rest. It is set up perfectly for Tampa Bay even if this series gets extended—which it most likely won’t.

A rare losing streak for L.A.

The story is a much different one in the National League even though the trailing team (in this case Los Angeles) also has not yet won a game. And it’s different not simply because the deficit is 2-0 instead of 3-0. Just as important is the fact that the Dodgers (much unlike the ‘Stros) have been the best team in baseball this year—as evidenced by their 43-17 regular-season record and 5-0 postseason record through two rounds. L.A. lost back-to-back contests a grand total of four times throughout the 60-game slate, and never once did it lose three in a row. That certainly bodes well for Game 3 on Wednesday evening on the heels of two opening setbacks.

Despite the fact that the Braves were already leading 1-0, it can actually be argued that Game 2 was more important for them than for the Dodgers. After all, Clayton Kershaw was scratched due to back spasms and any opponent just has to take advantage when it unexpectedly doesn’t have to face the veteran ace. Tuesday’s matchup became even more important for Atlanta when it led 7-0 in the seventh inning. Blowing that game (it almost did in what was an eventual 8-7 nail-biter) would have been a crushing blow typical of Atlanta sports.

The Dodgers don’t exactly have any momentum trailing 2-0, but at least their bats finally got going in the last three innings. If Kershaw’s back cooperates, their pitching will also be in good shape for the rest of this best-of-seven set. Julio Urias is toeing the rubber on Wednesday and then Kershaw would take the mound for Game 4. As for the Braves, they did what they had to do with their only two reliable starters—Max Fried and Ian Anderson. After Kyle Wright pitches in Game 3, they will face plenty of questions for Game 4 and (if necessary) Game 5.

So don’t think for a second that the pressure is all on the Dodgers in Game 3. This is a huge one for the Braves, too.