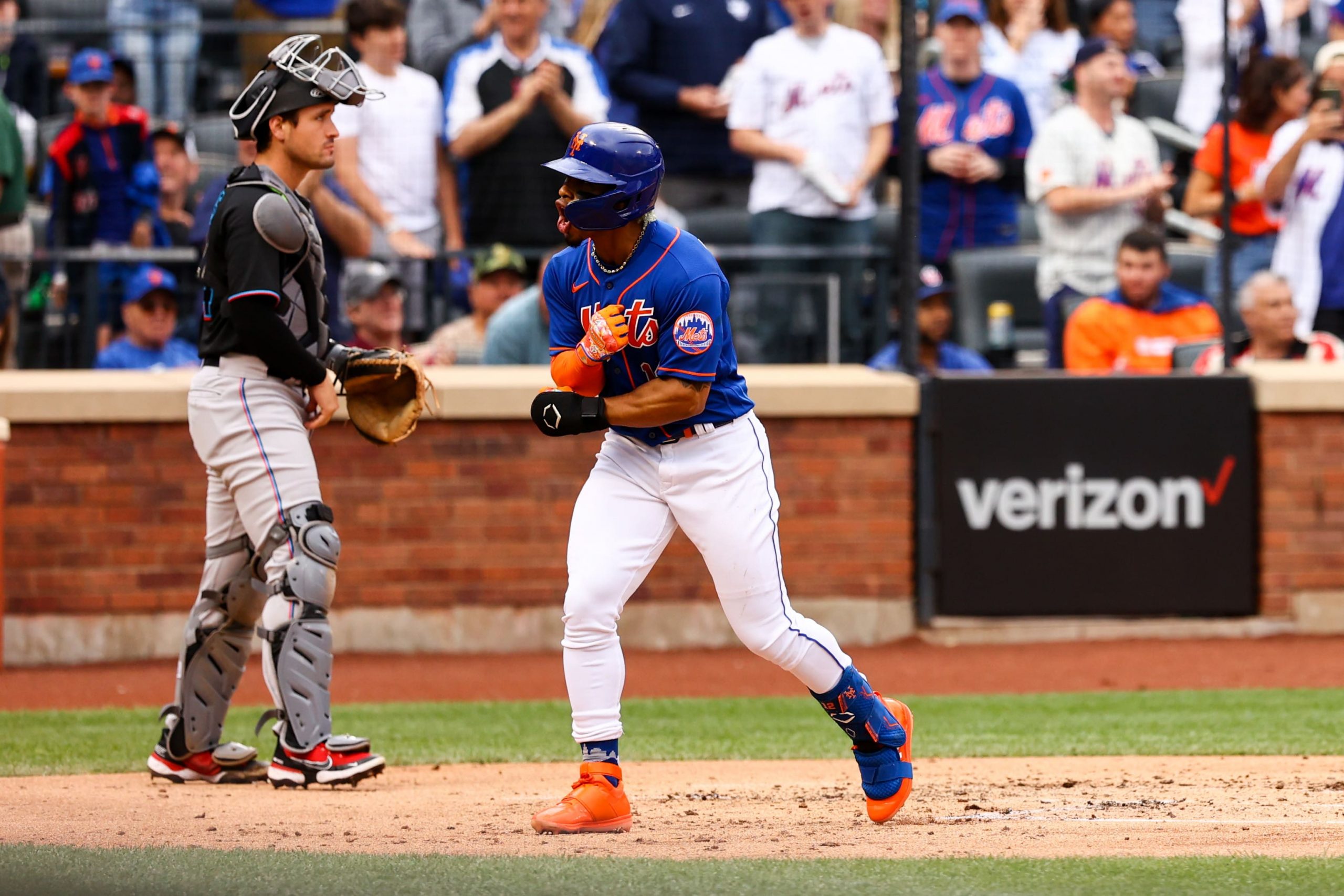 The Marlins and Mets are in the midst of a very strange 4-game series. Sunday generally marks the end of all of the weekend series, capped off with a primetime game at night. However, these NL East foes are continuing into Monday before heading their respective ways. Regardless, they are providing fans with early afternoon baseball on a day with a much smaller slate. It also gives another opportunity to find the best way to make the day profitable. Along with this same game parlay, be sure to check out our thoughts on the side and total for all of today’s games.

Despite the Marlins pulling off the upset on Sunday, the Mets still have a comfortable lead over them and the rest of the NL East. They’ve been the best team in the National League throughout this season, and behind only their cross-town rival Yankees in the American League. Even with the rare lackluster run production yesterday, the Mets are still the highest-scoring team in the league with 342 runs. That offense should look more like its usual self with the Marlins not having the luxury of another Sandy Alcantara start.

Miami’s ace was stellar on Sunday, going a full 8.0 innings. However, the rest of their rotation has had some regression. Jesus Luzardo is on the injured list and Pablo Lopez did not look like he was ready to return from his previous scratched start. Now with Trevor Rogers set to start today’s game, the Mets should finish off the series strongly. The lefty hasn’t exactly lived up to his expectations with his 5.87 ERA this season. His 1.65 WHIP leaves a lot to be desired and he’s been walking batters too often as well. Regardless, New York’s lineup is too potent to be doubted for 2 games in a row. Even if Rogers has a solid start, the Marlins bullpen has the 7th-highest ERA in the league. Without Alcantara to protect them, they should get exposed this afternoon.

This is a play that goes right along with the fact that the Mets should have no issues with run production against Rogers. Not only are they the highest-scoring team in the league, Miami’s starter has been trending in the wrong direction. He’s allowed at least 4 runs in 3 of his last 5 starts, and even allowed another 5 runs to a weaker Arizona lineup. With New York having such a potent heart of their lineup, the finale should be more like the opener, in which they scored 10 runs on the Marlins. Rogers has also been pulled after just 3.2 innings in 2 of his last 3 starts, which should mean more exposure of the struggling Miami relievers. With the way the Braves have been playing, the Mets need to keep their foot on the gas and get this series win by showing off what they do best, scoring runs.

One of the hitters helping the Mets to score runs has been Francisco Lindor. Pete Alonso gets most of the attention, but that also makes him lose value. Regardless, Lindor is a fantastic hitter who is behind only Alonso on the team for the most total bases this season. With 9 doubles, 2 triples and 11 home runs on the year, he is the perfect combination of contact and power. Lindor also had 4 total bases in the first 2 games of this series before being held in check to just a single yesterday. Now that he’ll be facing Rogers rather than Alcantara, he should have no issues getting back to those previous numbers. Whether he gets it done in the first inning or against the poor bullpen arms, Lindor should be in for a nice afternoon.