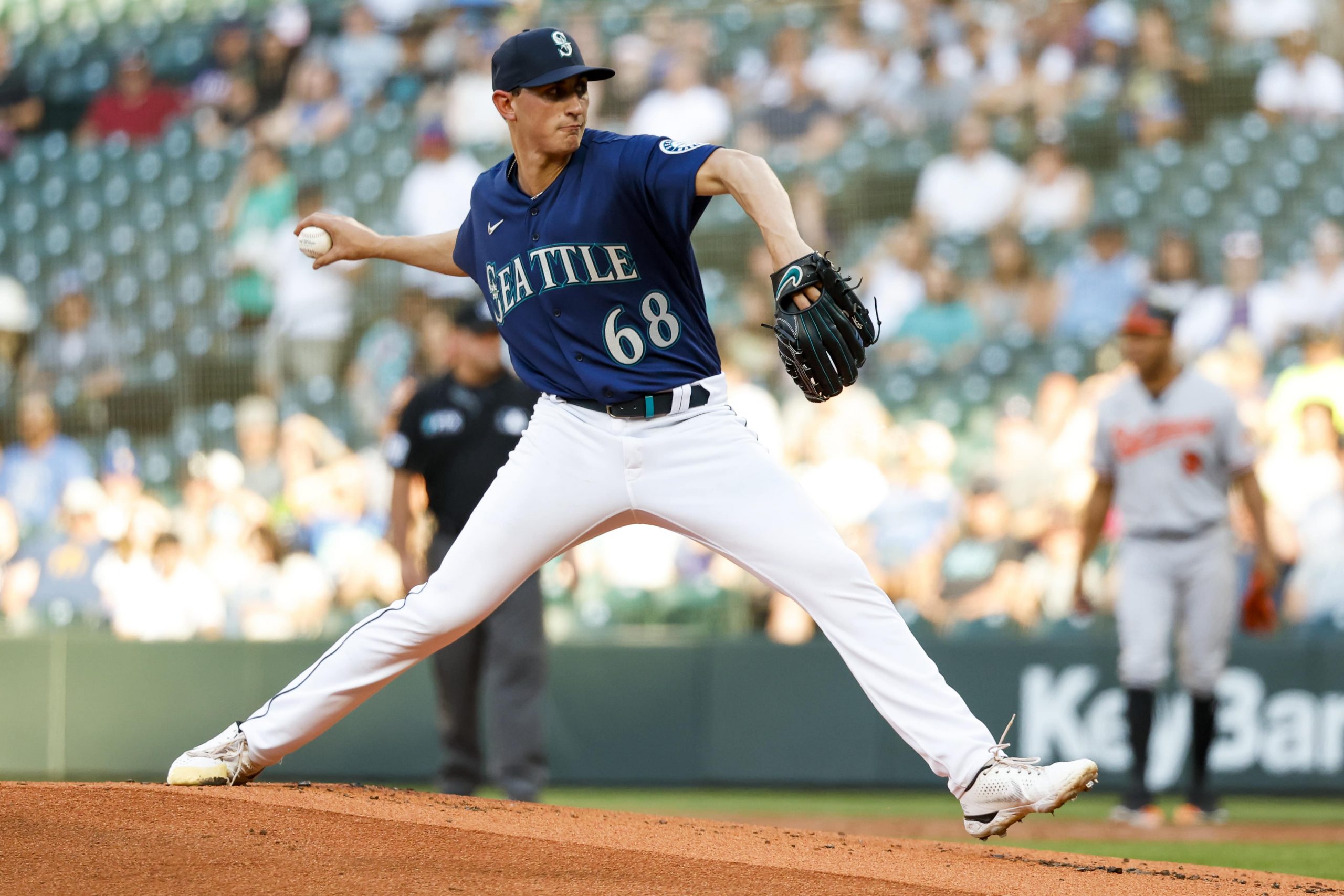 These AL West teams have split the first 2 games of their 4-game series. The Astros still lead the division by a significant margin, but there are wild-card spots for a reason. That’s the hope for the Mariners at least. Despite last night’s win, the A’s still have the worst record in baseball. With both teams rounding out the bottom of the division, let’s see how to best attack today’s game. Along with this same game parlay, be sure to check out our thoughts on the side and total for all of today’s games.

It’s a quick turnaround for these familiar foes, with an afternoon game today. The A’s surprised by pulling off the upset last night after the Mariners took the series opener. Seattle should be able to secure at least a series split with a win today. Oakland will be giving it their best shot with Paul Blackburn on the mound. However, not only did he lose his last start to the Mariners, it was against the same pitcher Seattle will have on the mound today.

Rookie George Kirby has impressed far beyond his expectations. His inexperience may cause concern, but he led the Mariners to a 9-0 win over the A’s less than 2 weeks ago. That was already the second shutout win of his short career, as he led the way to a 10-0 win over the O’s at the end of May. Seattle also swept that previous series against Oakland, defeating them by a combined score of 19-3. Nothing has changed since then, with the A’s still having the worst lineup in baseball. With a repeat pitching matchup, expect more of the same this afternoon.

Oakland’s poor lineup should have them losing this game, as well as keeping it under the total. There were just 4 runs in last night’s game, and that was with the A’s pulling off the upset. Oakland also scored just 3 runs in 3 games the last time these teams met, including Kirby’s shutout. Although that ended with 9 total runs, the Mariners should not be expected to perform quite as well against Blackburn, as he is still Oakland’s best pitcher. Since that series, Seattle’s bullpen has also improved. It may not be elite status, but it’s still in the top half of the league. With the A’s placing their DH, Jed Lowrie, on the injured list, their lineup only becomes weaker and increases the likelihood of another shutout.

If there is a theme for this game, it’s the combination of Kirby and a struggling A’s lineup. Those factors should lead to a win, and the rookie showing off his potential. He struck out 6 Oakland hitters in his last start against them, and that wasn’t even his best. Kirby faced the A’s at the end of May as well, and struck out 9 of them. He followed up that performance by striking out 8 Orioles batters. It seems as though the big stage is not too much for him, as his major league debut was a win against the Rays in which he struck out 7. With Oakland striking out the 10th-most in the league, Kirby can make it 3 games in a row with at least 6 strikeouts against the A’s.