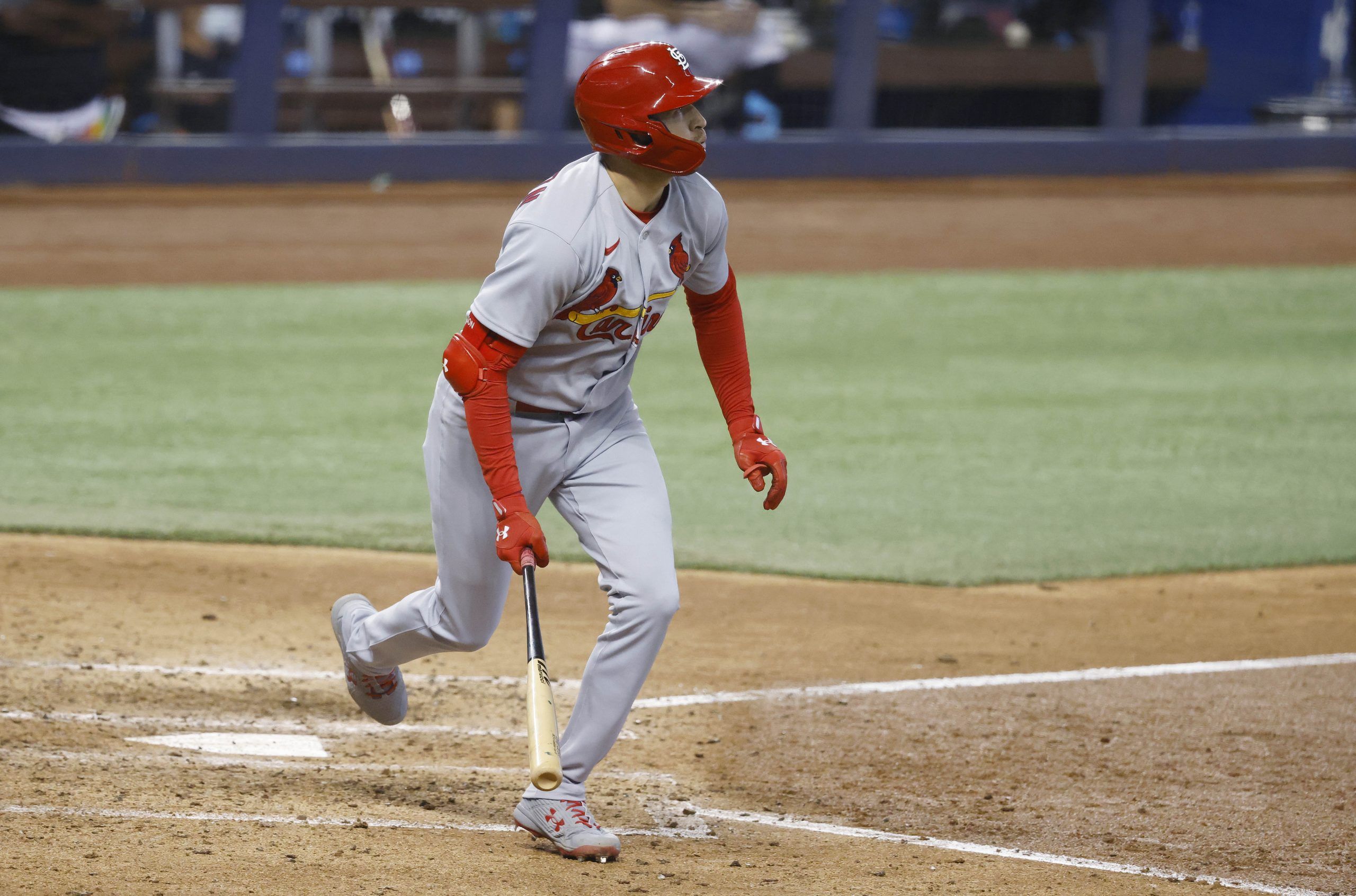 Since graduating from Davidson (The College That Stephen Curry Built), I have been writing about sports--just about any and all you can think of!--and coaching tennis in Atlanta, Ga. Beyond the four major sports, I am an avid tennis fan and cover the ATP Tour on a daily basis. If I'm not busy writing, you can generally find me on a tennis court or traveling the world wherever a sporting event takes me.
@Dimonator133
Updated: 13:36 PM ET July 10, 2021

We have a 16-game slate in Major League Baseball on Saturday, one more than a normal full schedule because the Mets and Pirates are playing a double-header. As usual, the weekend includes three regionally televised games on FOX. One of those is this showdown between the St. Louis Cardinals and Chicago Cubs. Here is our same game parlay, and be sure to check out our full game preview for picks on the side and total, as well.

Part of the value in same game parlays, of course, is that all of its components can be correlated if you so choose. That is the plan here, as Nolan Arenado going deep would obviously go well with a big win by St. Louis. Let’s break down each of the two legs one by one.

These two National League Central rivals took turns looking like real division-title contenders, but both have fallen upon hard times. Wallowing below .500 with only two games remaining prior to the all-star break, they could be sellers at the trade deadline. Whatever the case, Saturday’s matchup should favor St. Louis. Chicago is sending Zach Davies to the mound for this one. Davies has somehow managed to record a somewhat respectable 4.28 ERA through 18 starts this season even though he owns a 6.22 xERA and a 5.36 xFIP. He has almost walked more batters than he has struck out this season. Over his last four starts, he has posted a 5.14 ERA and a 6.70 FIP. The Cardinals are countering with Kwang-Hyun Kim, who has compiled a solid 3.39 ERA and a 4.00 FIP in 2021. Over his last five starts, those numbers are 2.39 (ERA) and 3.93 (FIP). Kim has not allowed more than four earned runs in any start this year. Don’t be surprised if the Cards jump on Davies early and the Kim holds the Cubs down to keep his team well out in front.

If St. Louis is going to prevail by at least three runs, of course it will have to do some damage at the plate even if Kim pitches well. Look for Arenado be a part of the party. Although he has hit just one homer in June, he has 17 for the season. And there is no need to be concerned that he has a righty-vs.-righty matchup with Davies. Arenado has a similar HR rate against righties and lefties in 2021, had a better HR rate against right-handers last season, and he hit .315 against both two years ago.