We are wrapping up the MLB week with Sunday Night Baseball on ESPN between the St. Louis Cardinals and San Diego Padres. Both teams are coming in with solid 23-17 records, so it’s a big game and it should be a fun one. It’s also getting the same game parlay treatment it deserves. Be sure to check out our full game preview for picks on the side and total, as well.

Part of the value in same game parlays, of course, is that all of its components can be correlated if you so choose. That is some plan here, as Manny Machado going yard would obviously go well with a San Diego win. At the same time plays that aren’t correlated drive up the overall payout of the parlay. That is the case with taking the under on Ryan Weathers’ strikeout total, but the Padres should still be able to take care of business even if their starter is not mowing down opposing batters left and right. Let’s break down each of the three legs one by one.

The Cardinals are eighth in home runs but their other offensive numbers are closer to the middle of the pack. That is a bit underwhelming, and it also doesn’t inspire optimism when facing a San Diego squad that boasts the lowest team ERA in the league. For St. Louis, Kwang Hyun Kim has not given up more than a run in his last four starts. However, he never works a bunch of innings and lefties are not always the best choices against San Diego. The Padres often do serious damage at southpaws’ expense, so the pitching edge probably goes to SD’s Ryan Weathers on Sunday.

Machado only has five home runs on the season, but he has recorded three hits in the past two games so he is seeing the ball well. Although the third baseman has not been any better against left-handers compared to righties in 2021, it’s early and that it’s an aberration as opposed to the rule. In his last full season (2019), Machado went deep 13 times in just 127 at-bats against lefties while hitting 19 dingers in 460 at-bats against right-handers. Don’t be surprised if the veteran all-star victimizes Kim on Sunday.

Weathers is an effective pitcher but he does not have the kind of electric stuff that can propel him to double-digits in the strikeout department during any given start. In fact, he probably won’t even get halfway to double-digits in this one. Weathers is averaging less than a strikeout per inning and he has recorded more than three Ks in just one appearance in 2021. He has thrown more than 54 pitches only twice and more than 79 only once. It’s hard to see the 21-year-old lefty going deep enough into the game to fan more than four hitters. 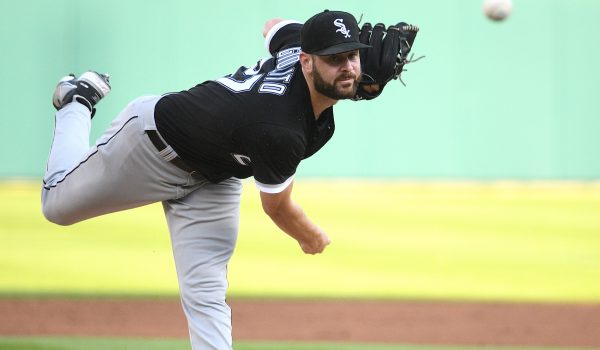