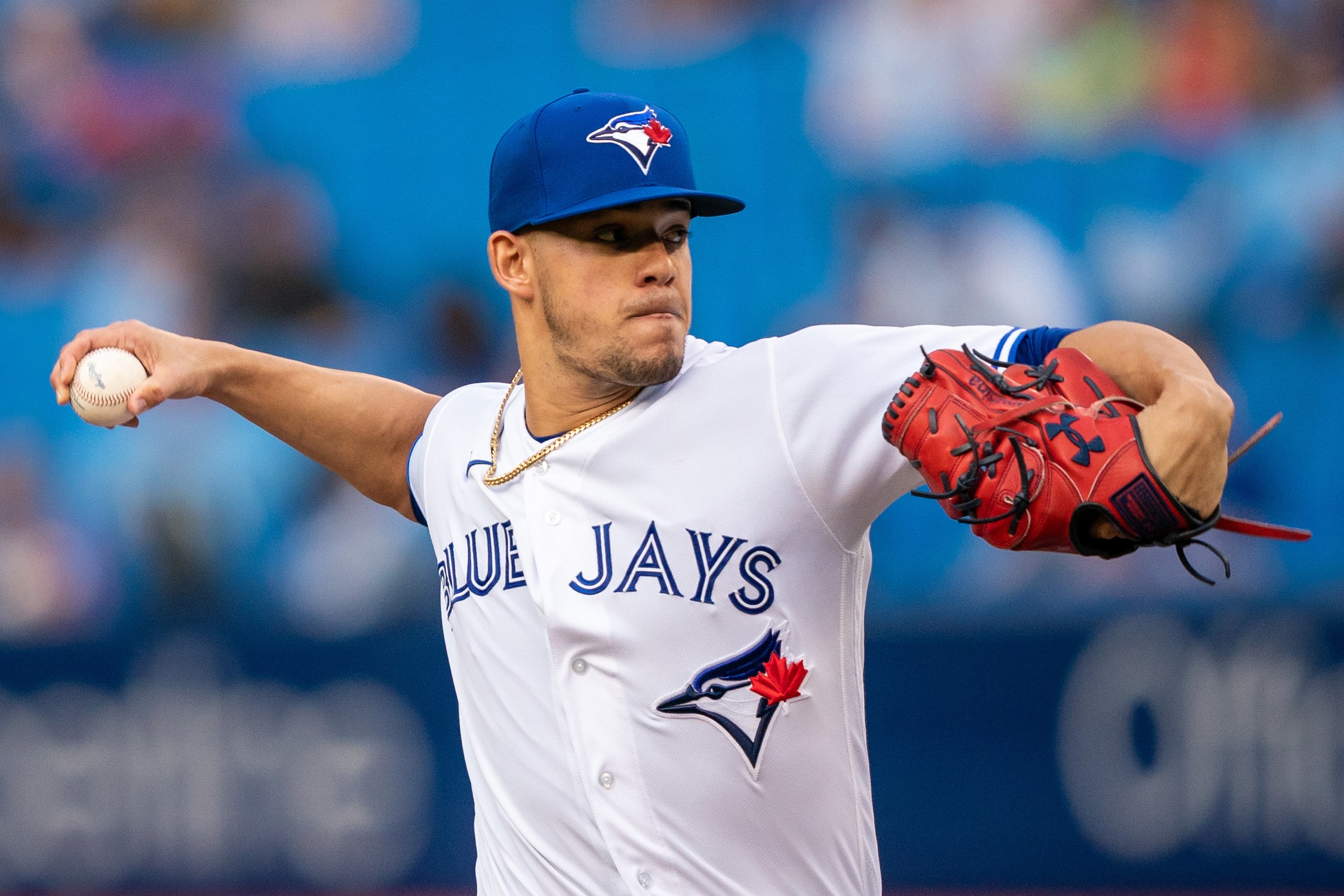 We have 8 games on the Major League Baseball schedule for Thursday, none bigger than the Toronto Blue Jays vs the New York Yankees. With Toronto on fire and New York suddenly in free-fall mode, the American League wild-card picture has become a lot more interesting than it was just a week ago. Let’s take a look at the best same game parlay option for Blue Jays-Yankees, and also be sure to check out our full game preview for picks on the side and total.

Part of the value in same game parlays, of course, is that all of its components can be correlated if you so choose. That is the entire plan here, as Jose Berrios chalking up his fair share of strikeouts and Vladimir Guerrero Jr. going deep would obviously work well with a Toronto win. Let’s break down each of the 3 legs one by one.

Toronto is going for a 4-game sweep after out-scoring New York 19-4 in the first three. The Blue Jays now send Berrios to the mound as they look for their eighth consecutive victory. Through 27 starts, Berrios owns a 3.55 ERA, 4.25 xERA, and a 3.49 FIP in 2021. He is certainly capable of delivering a strong performance against a New York lineup that ranks 26th in OPS and 22nd in ISO over the last two weeks. Nestor Cortes Jr. has been solid for the Yankees, but he is running into a Jays lineup that has the best OPS and the second-best ISO in the league over the last 14 days of action. Berrios is the better starting pitcher in the series finale and Toronto has a tremendous advantage at the plate.

The Yankees have struck out 28 times this series, including 20 in the last 2 contests. That is music to Berrios’ ears, so he should maintain his impressive recent strikeout numbers. The right-hander mowed down 7 A’s batters in 6.2 innings of work last weekend after recording 11 strikeouts in 7.0 innings at the Tigers’ expense in late August. Over his last three appearances, Berrios has 23 strikeouts in 16.2 innings.

VGJ is in American League triple-crown contention as we come down the stretch of the 2021 season. He is leading the AL in batting with a .320 average, trails Shohei Ohtani by 2 home runs (43 to 41) and trails Salvador Perez by 5 RBIs (104 to 99). Guerrero has homered in 2 of the 3 games against the Yankees, so he remains in red-hot form and there is no reason why he can’t go deep again on Thursday. Cortes has given up at least one HR in a ridiculous 6 straight starts.