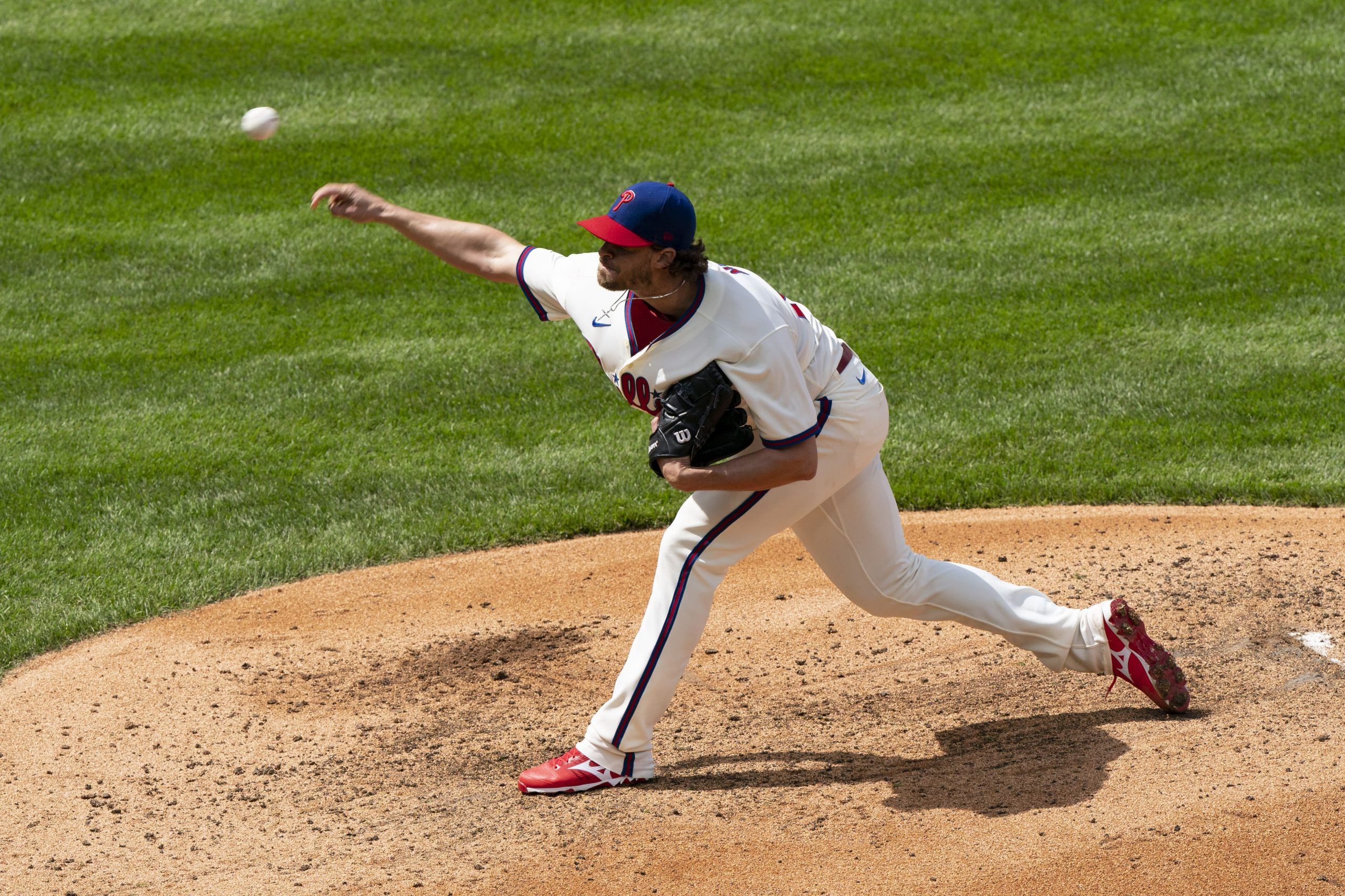 Since graduating from Davidson (The College That Stephen Curry Built), I have been writing about sports--just about any and all you can think of!--and coaching tennis in Atlanta, Ga. Beyond the four major sports, I am an avid tennis fan and cover the ATP Tour on a daily basis. If I'm not busy writing, you can generally find me on a tennis court or traveling the world wherever a sporting event takes me.
@Dimonator133
Updated: 15:04 PM ET August 05, 2021

We have a 12-game slate in Major League Baseball on Thursday—not quite a full 15, as a handful of teams are off in between series. Exactly half of Thursday’s contests are being played in the afternoon, including this National League East showdown between the Philadelphia Phillies and Washington Nationals. Here is our Philadelphia-Washington same game parlay, and be sure to check out our full game preview for picks on the side and total.

Part of the value in same game parlays, of course, is that all of its components can be correlated if you so choose. That is the entire plan here, as Joe Ross racking up more than a handful of strikeouts and Victor Robles delivering a multi-hit performance obviously go well with a Washington win. Let’s break down each of the three legs one by one.

Although Aaron Nola has two more wins than Ross in 2021, Nola has not been the better pitcher this year. Many still consider Nola to be the ace of the Phillies staff, but he hasn’t come close to his Cy Young-worthy season of 2018 in the past two years. Nola’s current ERA sits at 4.30 through 21 starts, and his opponent batting average is .243—both of which would be his worst totals in five years. Washington’s lineup isn’t nearly as dangerous as it was a week ago, but as long as the lefty bat of Juan Soto is in there it’s hard to have full confidence in any right-handed pitcher. And while Ross faces some potent Philly bats, he’s actually having his best year since 2016. Ross has kept his ERA to an even 4.00 through 18 starts, 30 points better than that of his counterpart.

With Max Scherzer having been shipped to the Dodgers and Stephen Strasburg out for the season, Ross is being relied upon to lead this pitching staff and—barring injury—he will enjoy a full season in the starting rotation. The 28-year-old is throwing the ball with a ton of confidence right now; his June ERA was 1.95 and his July ERA was 3.94. On July 4 he struck out 11 batters in 6.2 innings of work. For the season, Ross has 100 Ks in 96.2 innings. If he can work even 5.0 innings on Thursday, he is more than capable of mowing down at least six hitters.

Robles is batting just .200 this season, but a home run on Wednesday should help his confidence. In 14 career at-bats against Nola, the 24-year-old center fielder has recorded four hits. That isn’t a bad number, and such familiarity should help him in this batter vs. pitcher matchup.