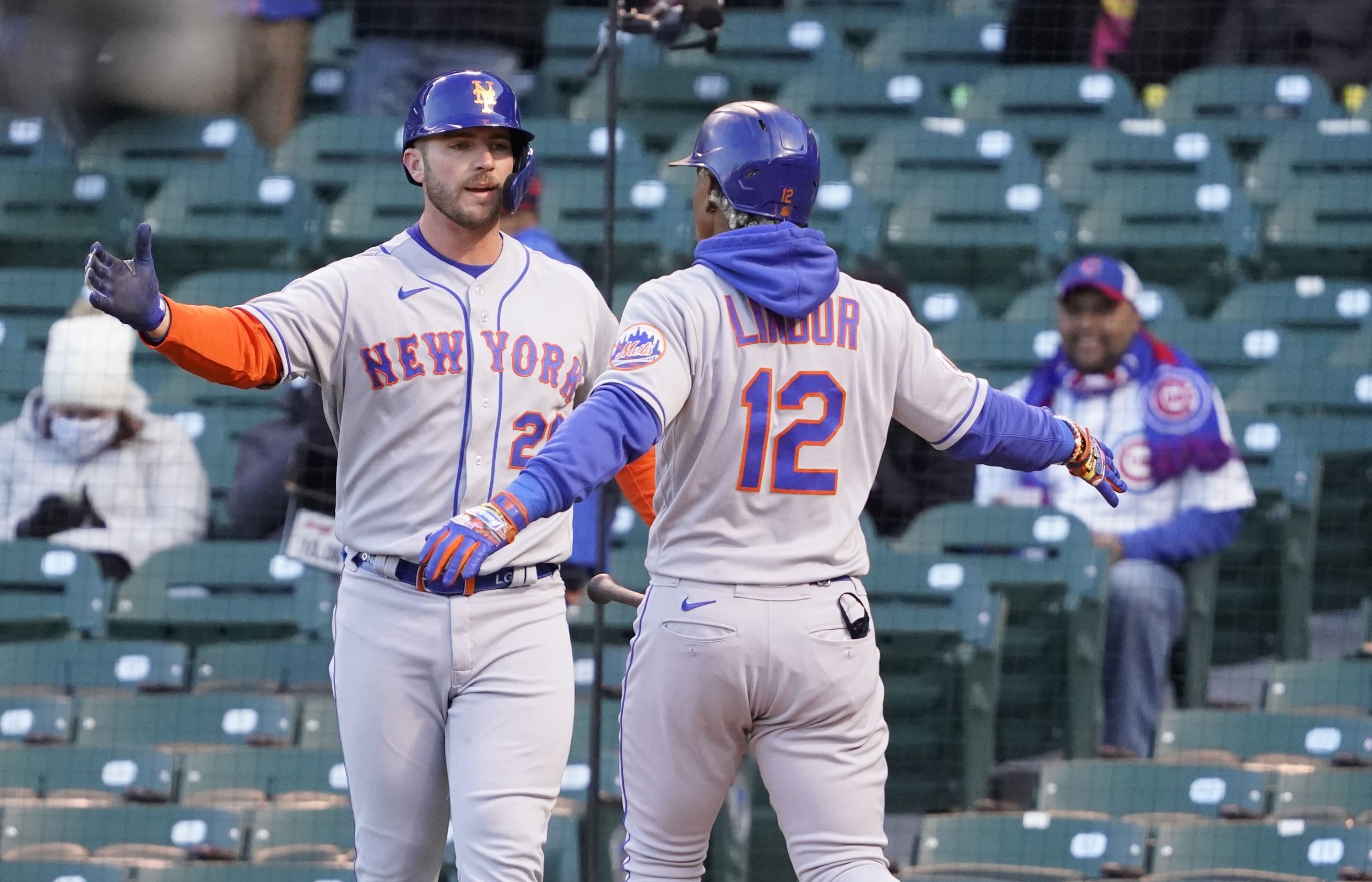 Another big weekend in Major League Baseball is getting underway on Friday evening. The action is headlined by a showdown between the Los Angeles Dodgers and New York Mets, who find themselves in second place in their respective divisions. Here is our same game parlay for Dodgers-Mets, and be sure to also check out our full game preview for picks on the side and total.

Part of the value in same game parlays, of course, is that all of its components can be correlated if you so choose. That is some of the plan here, as Michael Conforto getting at least two hits would obviously work well with a New York win. At the same time, plays that aren’t correlated drive up the overall payout of the parlay. That is the case with betting on Cody Bellinger to go deep. But even if Bellinger does that, there is no reason why the Mets can’t take care of business. Let’s break down each of the three legs one by one.

The Mets may have completely turned their 2021 fortunes around on Wednesday and Thursday. They  swept a 3-game, rain-interrupted series against the Nationals with the entire set played in just over 24 hours. New York is now just a half-game back of Philadelphia in the National League East, and while that isn’t great for a team that has led the division most of the way it’s still better than what the situation was earlier this week. Rookie right-hander Tylor Megill is taking the mound on Friday and he has been outstanding. Through 9 starts he has an ERA of 3.20. New York’s bats are heating back up, too, so don’t be surprised if a minor upset is in the works here.

Conforto is batting just .213 this season, but don’t let that fool you when it comes to his current form. The Mets’ right fielder has hit safely in five of the last six games and is coming off consecutive multi-hit performances on Thursday (2-for-3 in each game of the double-header against Washington). Conforto has delivered three multi-hit efforts this month. Los Angeles sending left-hander Julio Urias to the mound and the 28-year-old is 1-for-1 with a double in his career against Urias.

Similar to the case with Conforto, there is no reason to dwell on Bellinger’s season-long numbers. The 26-year-old center fielder is batting .180 with only 9 home runs, but he is finally armed with a clean bill of health and the statistics are improving in turn. Bellinger has hit safely in eight of the last nine games and he has hit four home runs in the past week—including two against the Phillies on Wednesday. Megill can pitch well enough to get the win, but he may have some trouble with. Bellinger.