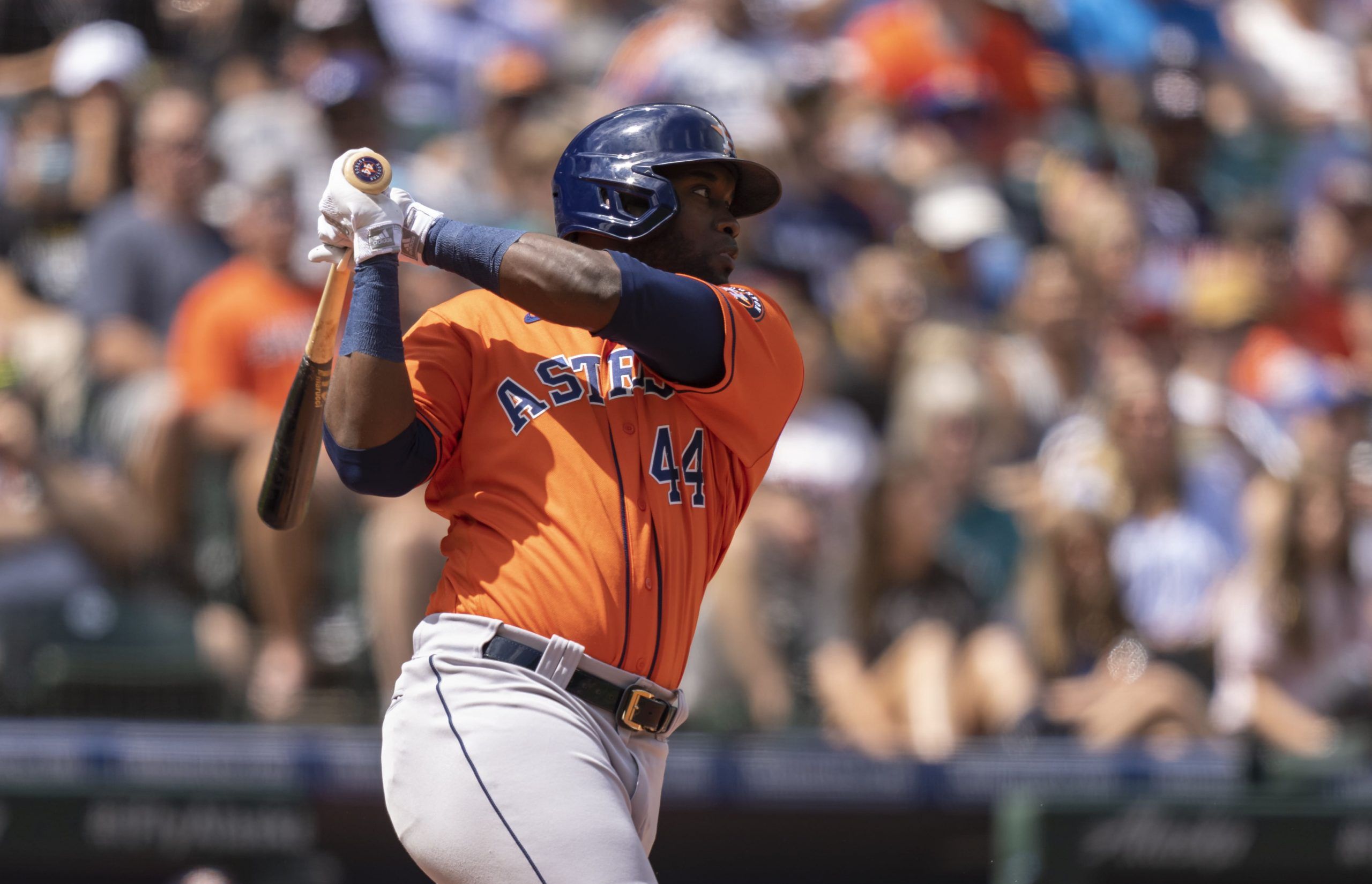 We are continuing the week in Major League Baseball with a 13-game slate on Thursday. It is headlined in part by this showdown between the Los Angeles Angels and Houston Astros, being shown on ESPN+ starting at 8:07 pm ET. Here is our same game parlay, and also be sure to check out all of our MLB previews.

Part of the value in same game parlays, of course, is that all of its components can be correlated if you so choose. That is some of the plan here, as Framber Valdez striking out batters left and right would obviously work well with a big win by Houston. At the same time, plays that aren’t correlated drive up the overall payout of the parlay. That is the case with backing L.A.’s Taylor Ward to get a hit, but even if he does there is no reason why the Astros can’t roll. Let’s break down each of the three legs one by one.

Houston is 8-4 against Los Angeles this season, including 4-1 already in July. In those 12 total games, the Astros have outscored the Angels 58-42. Houston won a three-game series earlier this month by a combined score of 21-4. In addition to better head-to-head numbers this season, Houston enters this game in far better form and with a more reliable starting pitcher. In just over a month since June 12, the Astros are 21-7 – including 9-3 in July. The Angels are 2-9 in July and have won only two series out of their last 15 dating back to May 22. Nothing about this Valdez vs Reid Detmers matchup suggests the tide will turn on Thursday. Look for the ‘Stros to win by multiple runs.

The over/under on Valdez’s K number is 6.5, but you have to like the chances of him getting all the way to 8 – especially when you can snag it at +200. The left-hander has already faced Los Angeles once in July and he mowed down a whopping 13 batters in just 6.0 innings of work during a 4-2 Houston victory. He has struck out at least seven hitters in three of his last five starts, so asking for eight should not be too much. Keep in mind that the Angels lead the entire major leagues in strikeouts with 871; no other club is even close.

If there is one guy who should have some success against Valdez, it’s ward. In fact, he has already enjoyed plenty of it in this batter-vs-pitcher matchup. The right fielder is 6-for-13 lifetime against Valdez with a triple and as many walks as strikeouts (two apiece). Ward is batting .288 this season and has hit safely in 16 of the last 21 games. Since Ward is a righty, it should come as no surprise to see that he is torching left-handed pitchers to the tune of a .333 average in 2022. All signs point to him getting a hit on Thursday – and quite possibly even more than one if you want to make a bigger play.