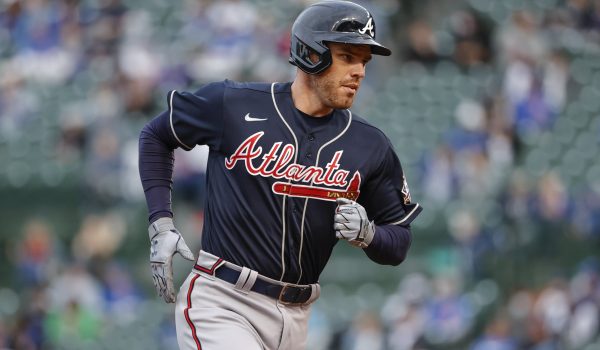 We have a full 15-game slate in Major League Baseball on Wednesday, when seven businessman’s specials are taking place. That’s right, it’s getaway day, as 14 teams are playing afternoon contests before hitting the road to begin new series elsewhere. One of Wednesday’s night games, however, pits the Boston Red Sox against the Atlanta Braves. Let’s take a look at the best same game parlay option for Red Sox vs. Braves, and be sure to check out our full game preview for picks on the side and total.

Part of the value in same game parlays, of course, is that all of its components can be correlated if you so choose. That is the entire plan here, as Freddie Freeman going yard obviously goes well with an Atlanta win. So too does taking the under on the strikeout total for Boston starter Garrett Richards. Let’s break down each of the three legs one by one.

Richards has a 4.09 ERA on the season, which is slightly better than the league average. However, his 5.26 xERA is a clear indicator that he could experience regression in the near future. His 19.7 strikeout percentage and his 11.0 percent walk rate are both concerning, and a 1.59 WHIP is downright alarming. It’s especially dangerous heading into a matchup with an Atlanta offense that ranks sixth in the league in OPS and third in ISO against right-handed pitching. Meanwhile, Atlanta starter Ian Anderson is having a great sophomore campaign after bursting onto the scene a year ago. Through 12 starts this year, he owns a 3.26 ERA, 3.80 xERA, and a 3.48 FIP. Anderson should get more than enough run support to beat Boston with relative ease.

The juice on this prop is -180 for a reason. Richards has failed to reach the six-strikeout mark in six of his last seven starts and in ten of 13 appearances overall this season. In 70.1 total innings, the right-hander has recorded just 61 strikeouts. There is no reason to think that he is suddenly going to mow down batters left and right against the Braves. Richards would probably have to work seven or eight innings in order to get there, and it’s unlikely he will last that long against Atlanta’s potent lineup.

Speaking of the Braves’ bats, Freeman has hit 15 homers this year. Two of those have come in the last five games. With a righty on the mound for Boston, you have to like the reigning NL MVP’s chances of going deep again. Freeman is batting .252 with 11 dingers against righties in 2021 compared to .205 with four HRs against southpaws.

MLB 11h ago
Best sportsbook promotions and odds boosts for Friday: MLB and the Olympics