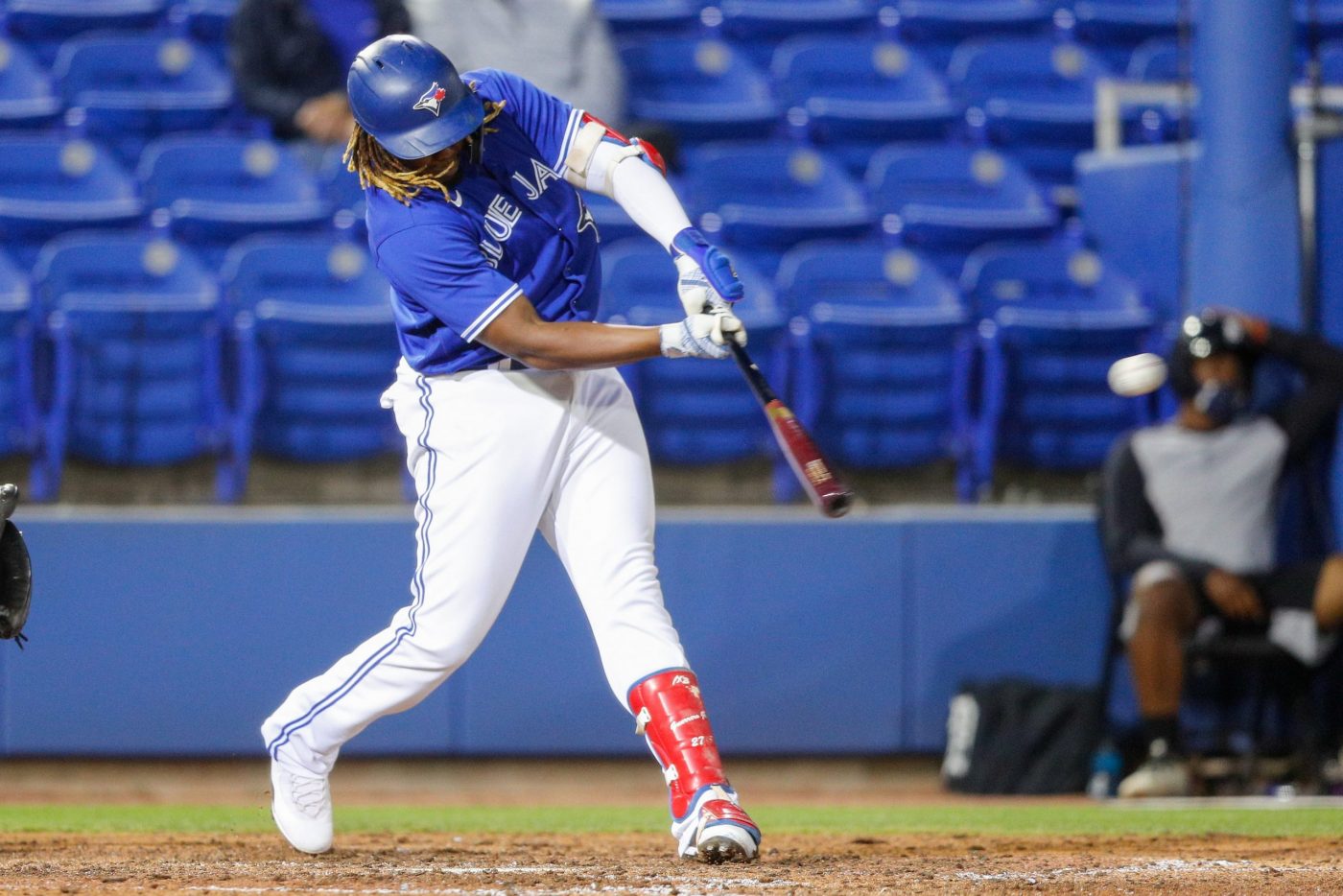 The 2021 MLB season kicked off almost two months ago now, and the action has been jam-packed. Why not celebrate the midweek by going for a big payday on Wednesday? That’s right, we’re back with another MLB mega parlay, this time a three-teamer with a payout just north of 17/1, where we’re counting on the Blue Jays to win big.

I’ve been looking for the right spot to fade Carlos Rodon, and I think this is it. Rodon has an ERA of 1.27 through seven starts, but it’s clearly a fluke. He hasn’t had an ERA below 4.04 since 2015. When you look at the quality of the seven lineups he’s faced, it becomes obvious why he’s been pitching so well. Six of his seven outings have come against the Royals (twice), Tigers, Indians (twice), and Mariners. That’s six of seven games against teams that rank 23rd or worse in OPS.

It would’ve been almost impossible for him to have faced a softer schedule. Now finally facing a Cardinals team with some actually competent hitters, regression should be expected. There’s no way the Cardinals should be this big of underdogs. This is a first place St. Louis team that we’re talking about! Cardinals starter John Gant has a 2.04 ERA this year, and although he’s been getting a bit lucky too, this much plus-money presents a ton of value.

I’m taking a gamble on a rookie here with the Blue Jays. Alek Manoah will be making his major league debut here for the Blue Jays, and although obviously there’s some variance here, I like getting better than 2/1. The Yankees’ lineup was already underachieving, and now they’re without both Giancarlo Stanton and D.J. LeMahieu, two of their best players.

New York will start Domingo German, who lasted only three innings the last time he faced this Blue Jays lineup back in early April. It’s not the largest sample size, but current Toronto hitters have a lifetime .934 OPS against German in 60 at bats. Vlad Guerrero Jr. is an MVP candidate, and the Blue Jays just won the first game of this series 6-2. They’ve certainly got the kind of offensive upside I’m looking for when backing a team on the run line.

To wrap this mega parlay up and hopefully bring us home, we’ve got the Dodgers. There’s a lot of bad blood between these two teams, and I expected the Dodgers to punish the Astros in their first meeting of 2021. That’s exactly what they did, demolishing them 9-2. Trevor Bauer has major beef with this Houston team too, and he always pitches well with a chip on his shoulder.

Bauer has just been fantastic overall, entering with a 1.98 ERA and 0.77 WHIP through 10 starts. He’s given up zero earned runs in his last two outings. The Dodgers had a brief uncharacteristic slump, but they’ve now won 12 of their past 13. 10 of those 12 wins have come by multiple runs, so I feel pretty comfortable taking them -1.5.