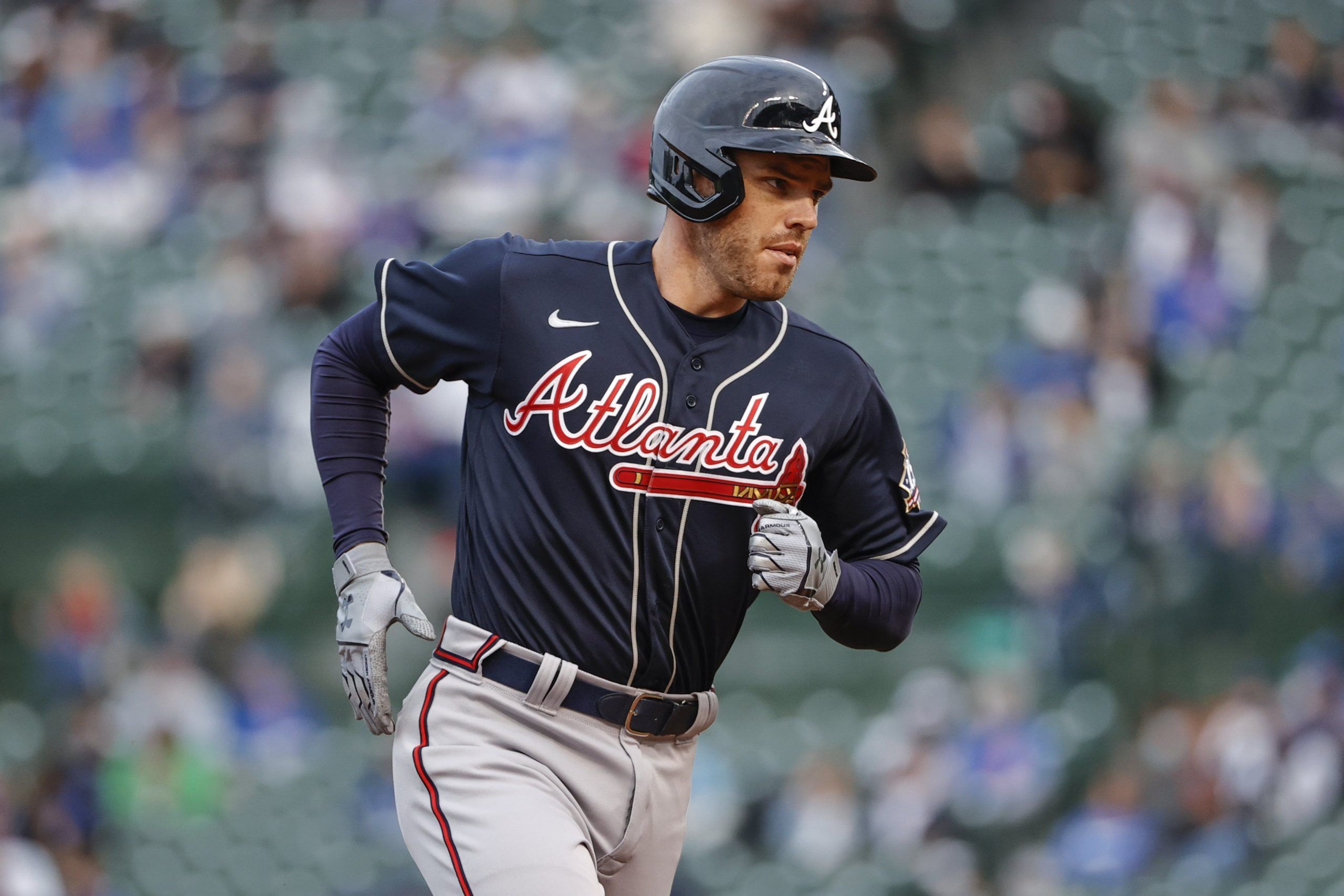 Since graduating from Davidson (The College That Stephen Curry Built), I have been writing about sports--just about any and all you can think of!--and coaching tennis in Atlanta, Ga. Beyond the four major sports, I am an avid tennis fan and cover the ATP Tour on a daily basis. If I'm not busy writing, you can generally find me on a tennis court or traveling the world wherever a sporting event takes me.
@Dimonator133
Updated: 8:29 AM ET August 04, 2021

We have a full 15-game slate on Wednesday to continue the week in Major League Baseball. Four of those are businessman’s specials, with teams playing in the afternoon before they go off to begin other series later in the week. The rest are night games, including an ESPN showdown between the Atlanta Braves and St. Louis cardinals. That one is part of our three-team mega parlay, but before we dive into that, make sure you check out our picks on the side and total for all of today’s games.

We cashed our MLB mega parlay yesterday at juicy +1206 odds, let’s make it two days in a row!

For this parlay, we are going with three favorites on the run line. Here is a breakdown of the three legs one by one.

The Blue Jays took the second game of this series 7-2 on Tuesday night and they should be able to find the win column again on Wednesday night against Cleveland’s JC Mejia. He has allowed at least 4 earned runs in 5 consecutive starts, and he posted an ERA of 10.55 in the month of July. The rookie right-hander’s 2021 campaign has not been pretty and the Indians are just 2-8 in his 10 starts this season. Opponents are hitting a strong .271 with an .855 OPS against him, and things could get worse because Toronto’s offense is among the best in baseball.

The Blue Jays managed 6 runs on 10 hits in just 5.0 innings against Zach Plesac on Tuesday, so Mejia could be in for a long day in this one. Cleveland’s offense has struggled to generate runs for most of the season, and they have particularly had problems facing left-handed pitchers. The Indians entered Tuesday hitting just .227 as a collective against southpaws; that is the third-lowest mark in the league. Steven Matz has not posted other-worldly numbers so far this season, but Toronto’s offense has a big advantage in this matchup.

It was clear at the trade deadline that the Cardinals, who have been hovering around .500 for most of the summer, didn’t feel they had enough of a chance to fully go for it. Their two most notable moves were the acquisitions of declining veteran lefties Jon Lester and J.A. Happ. Lester was lit up on Tuesday night in his Cardinals debut and Happ makes his on Wednesday against the same Atlanta lineup. Happ’s half-season in Minnesota went about as disastrously as a 4-month stretch can go: he finished his tenure there with a 6.77 ERA in 19 starts. It has been even worse lately; in his last 3 outings Happ has given up 20 earned runs on 28 hits.

For the Braves, Freddie Freeman has been on an absolute tear since mid-June. While his numbers haven’t been as good against lefties he did homer off Lester on Tuesday and he probably won’t face Happ for more than 2 turns. The Braves bring their own lefty to the mound in Drew Smyly, who consistently gives his team about 5.0 innings. Even an average start should be enough to out-pitch Happ. The Braves have alternated wins and losses in an MLB-record 17 consecutive games, but look for them to finally win two in a row.

Shohei Ohtani is only getting better with time. In his two starts in the second half of the season, Ohtani has allowed 1 run on 8 hits in 13.0 innings with 13 strikeouts and has had much better command in those starts. He comes into this matchup with a 3.03 ERA and 3.43 xERA and an eye-opening .196 xBA in his 80.0 innings this season. Ohtani’s split-finger fastball is one of the most dominant pitches in the game as opponents have a .086 batting average and .084 xBA with a 53.9 percent whiff rate against that pitch and it has become his go-to whenever he is up in the count. His offense has been slumping since the all-star break and losing Jared Walsh to the injured list is a massive loss for Los Angeles, but there is still hope with Ohtani and David Fletcher at the top of the order.

Meanwhile, losing Joey Gallo has made an immediate impact in the Rangers’ lineup. In the last seven days, the Texas offense ranks 29th in on-base percentage and 23rd in OPS and have not scored more than 5 runs in a game since July 6 against the Tigers. Kolby Allard will take the mound for the Rangers and he has been below average for most of the season, but since the all-star break he has been miserable. Allard enters this matchup with a 5.23 ERA and 1.23 WHIP and has allowed 19 runs on 20 hits in his 12.1 innings in the second half of the season.