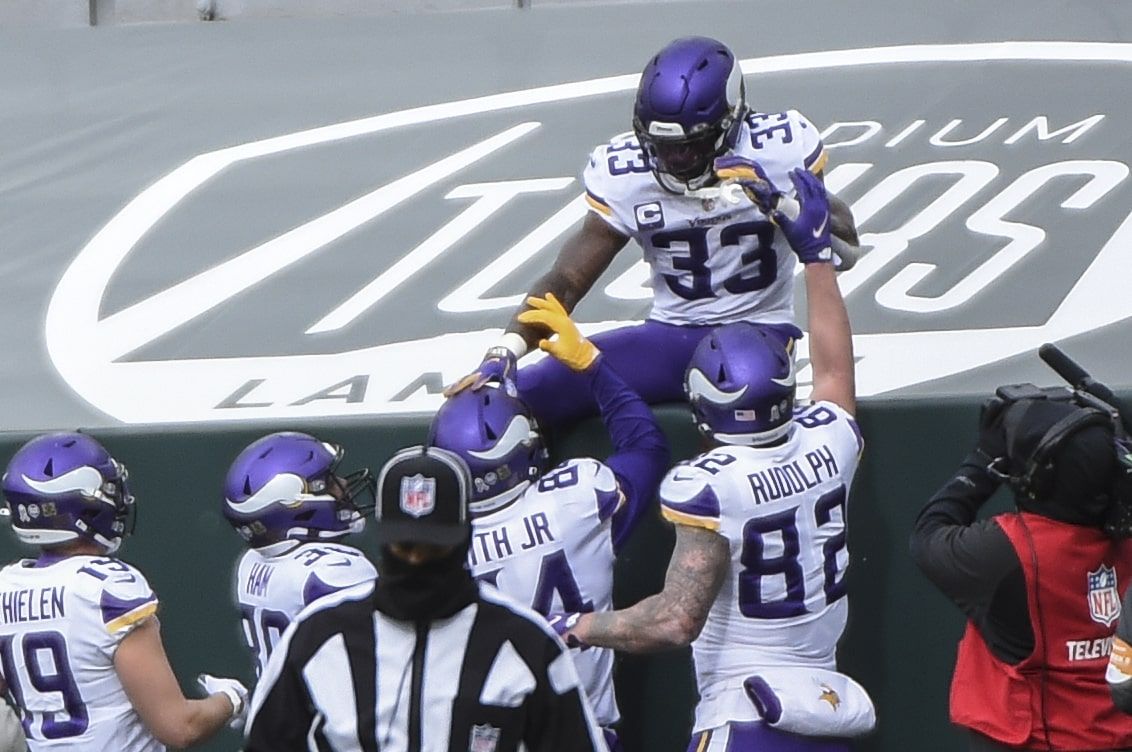 Since graduating from Davidson (The College That Stephen Curry Built), I have been writing about sports--just about any and all you can think of!--and coaching tennis in Atlanta, Ga. Beyond the four major sports, I am an avid tennis fan and cover the ATP Tour on a daily basis. If I'm not busy writing, you can generally find me on a tennis court or traveling the world wherever a sporting event takes me.
@Dimonator133
Updated: 11:46 AM ET November 16, 2020

It will be a NFC North showdown on Monday Night Football when the Chicago Bears host the Minnesota Vikings. It isn’t the worst matchup, especially by the standards of what we have frequently been dealing with on Thursday, Sunday, and Monday nights this season. But it certainly isn’t the best, either. Unless you hail from Chicago or Minnesota, there isn’t a ton to get excited about. Who really cares who wins?!?! This matchup is all about fantasy football, baby!

And the current king of fantasy, Dalvin Cook, is part these festivities—a big part, to be sure. But who else deserves a look in your daily fantasy lineup? Let’s take a look.

Cook has quite simply caught fire. Although the former Florida State star has been productive right from the start this season, he has been in a different stratosphere over the past two weeks. Cook went for 163 rushing yards, 63 receiving yards, and four total touchdowns against Green Bay. He then delivered 206 rushing yards, 46 receiving yards, and two scores at Detroit’s expense. For the year, Cook has 13 total TDs. The Bears’ defense is good, but nobody can stop this guy right now.

For several reasons, the Bears are going to be airing it out early and often in this contest. One, running back David Montgomery is out with a concussion. Two, they very well could be playing from behind most of the game. Three, the Vikings’ passing defense stinks. Although Foles has underwhelmed since taking over for Mitchell Trubisky, he is going to throw the ball a ton on Monday night and just about any quarterback in the NFL is capable of success against Minnesota. 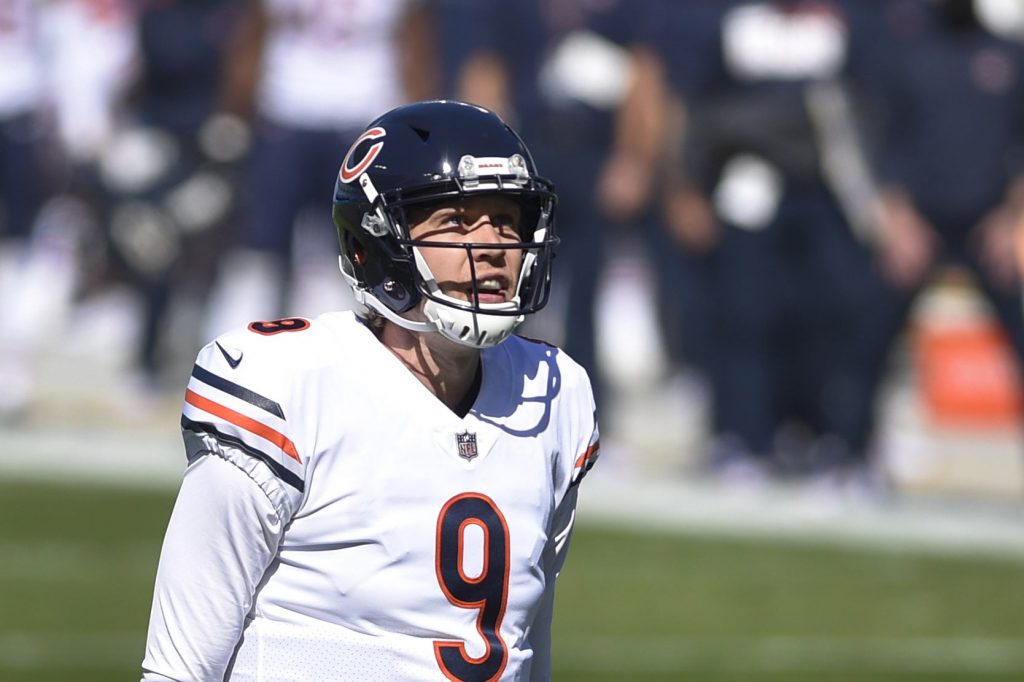 Chicago tight end Cole Kmet is questionable with a groin injury. He did not practice at all during the week prior to Saturday, when he took the field but was limited. Either way, Graham will get his chances on Monday. The 33-year-old has been targeted 27 times in the past four games and he scored his fifth touchdown of the season last week. Graham will likely join an offensive party at the expense of Minnesota’s generous secondary.

With Montgomery sidelined, Chicago will be using a running-back-by-committee approach. Patterson may be a wide receiver, but he is expected to be involved in that ball-carrying rotation. In other words, he is likely to contribute both through the air and on the ground. Patterson has been targeted four times in two of the last three outings and he got three carries after Montgomery went down against Tennessee last week.

Santos is 15-for-17 on field goals this year and has made at least one in every single game. Going up against a mediocre-at-best defense, Santos should have at least a few attempts on Monday in addition to knocking home a couple of extra points. At less than $4,000 in salary, the 28-year-old has good value here.

A Vikings tight end is also dealing with a groin issue. Irv Smith is out, which means Rudolph could be heavily involved. The veteran was already trending in that direction, having been targeted a season-high four times in two of the last three weeks. Chicago has not exactly been shutting down opposing tight ends in 2020, so it would not be surprising to see Rudolph turn his targets into a decent amount of yards and perhaps a touchdown.