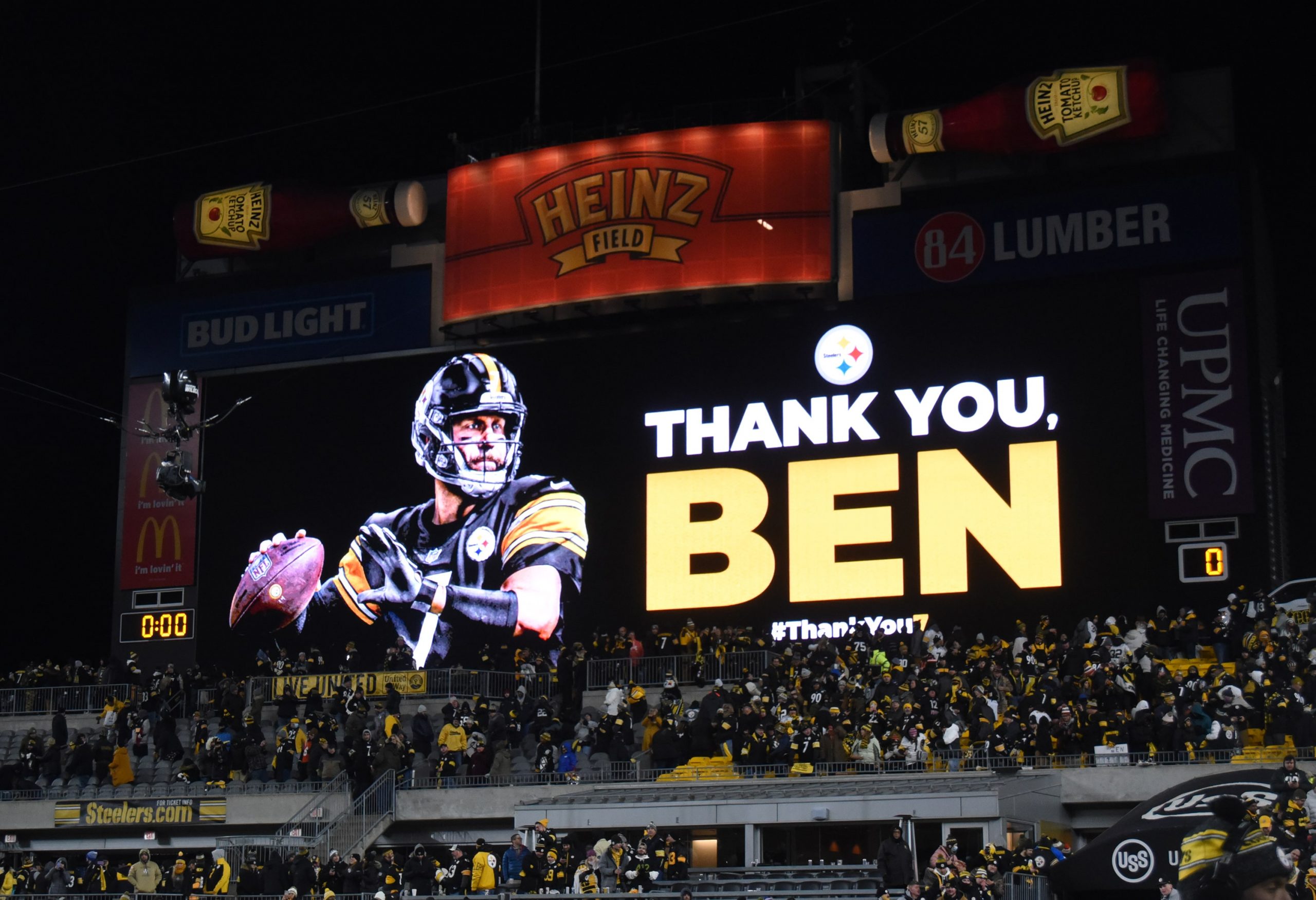 Week 17 is officially in the books. Monday Night Football wrapped up the slate, and Ben Roethlisberger got the happy send-off he deserved. The Pittsburgh Steelers beat the Cleveland Browns 26-14, giving Big Ben one last triumph at Heinz Field.

There is still one week left in the regular season, and don’t forget to check out our free picks on the side and total for all of those games. But first, let’s talk MNF. The Browns had their playoff hopes dashed on Sunday, while the Steelers kept their slim ones alive. Let’s break down what we just witnessed:

Nobody has set it in stone, but pretty much everyone acknowledged that tonight was going to be Roethlisberger’s final home game. It was a heck of a journey for the longtime Steelers quarterback, and he had plenty of legendary moments at Heinz Field since the team drafted him back in 2004.

It certainly wasn’t pretty, but a win was all that matters tonight. Big Ben got to take a knee to end the game in a truly emotional farewell as the crowd rained adoration on him one last time. Not a dry eye in the house. The Steelers kept their playoff hopes alive, but the game didn’t exactly inspire much confidence in them moving forward.

Roethlisberger somehow managed to throw for just 123 yards on 46 attempts (2.7 YPA). It was literally the fewest yards ever for a quarterback who attempted 45+ passes in a game. The Steelers can get into the playoffs if they beat the Ravens next week while the Colts lose to the Jaguars.

It’s unlikely, but that’s not what anyone is thinking about for now. Love him or hate him, it was a genuinely cool moment to see the Steelers give Big Ben a send-off like that. After 18 years with the organization, he deserved it.

Big Ben finishes his career 25-3-1 against the Browns 😱

Is the Baker Mayfield era ending?

Roethlisberger wasn’t the only quarterback potentially nearing the end of his time with his team on Monday Night Football. Baker Mayfield certainly hasn’t played himself into a lucrative extension, and his play down the stretch has left questions about whether he’ll be the Browns’ guy at all moving forward.

He didn’t make things better on Monday night, averaging just 4.9 yards per attempt while throwing two interceptions and taking nine sacks. This coming the week after he tossed four interceptions. After the game, Mayfield told reporters that he wasn’t sure if he’d play in Week 18.

It’s true that he’s been beat up, but there are real questions about whether he’ll be Cleveland’s franchise guy. This latest disaster against the Steelers was just the tip of the iceberg. It’ll be very interesting to see what Kevin Stefanski and GM Andrew Berry elect to do this offseason.

An extension had previously seemed like a foregone conclusion, but now it seems highly possible that Mayfield is either traded or forced to enter 2022 as a lame-duck in the final year of his contract.