HomeAnalysisNFL AnalysisMonday Night Football reaction: Game of the year, but Ravens and Browns are not Super Bowl contenders

Monday Night Football reaction: Game of the year, but Ravens and Browns are not Super Bowl contenders 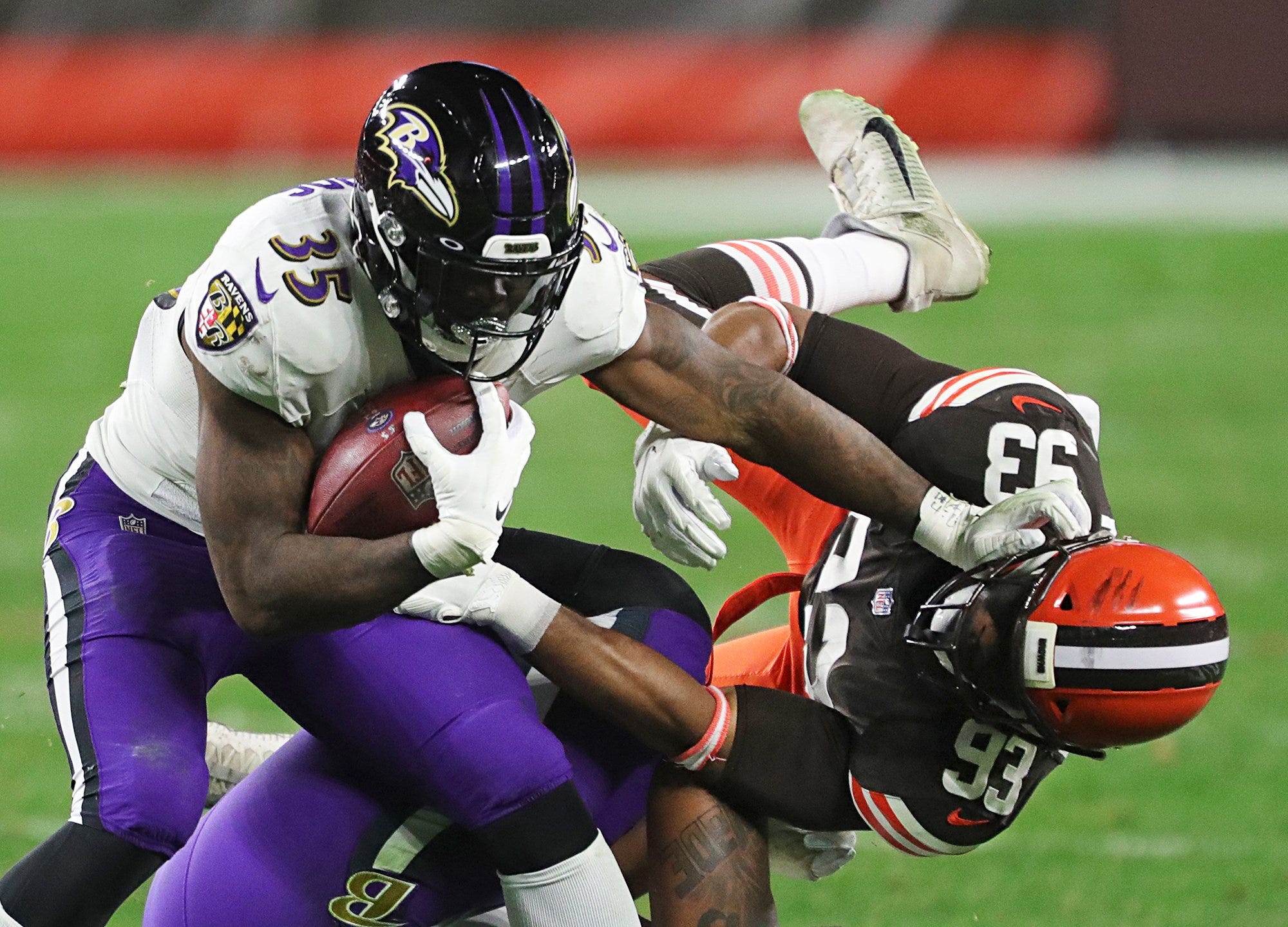 Monday Night Football between the Baltimore Ravens and Cleveland Browns has to be considered the game of the year to date in the NFL. It was an absolutely wild affair, in which defense was strictly optional and the back-and-forth drama was off the charts. In the end, it was the Ravens who emerged from Cleveland with a 47-42 victory.

The Browns racked up 493 yards of total offense, but it wasn’t enough because the Ravens answered with 385 of their own—including 231 on the ground. A total of nine rushing touchdowns were scored. Baltimore quarterback Lamar Jackson ran for 124 yards and two TDs while also passing for 163 yards and a score. Gus Edwards also found the endzone twice for the visitors, while Nick Chubb punched it in twice for Cleveland.

The decisive moment of the game was both bizarre and spectacular. Baltimore quarterback Lamar Jackson had abruptly left the game early in the fourth quarter, later reported as being due to a cramping issue. With Cleveland having taken a 35-34 lead during Jackson’s absence, Trace McSorley was trying to lead the Ravens on a go-ahead drive. On 3rd-and-2 from the Cleveland’s 41 with a little more than two minutes remaining, McSorley slipped and suffered an apparent knee injury en route to a three-yard loss.

Not a moment too soon, Jackson finally emerged from the locker room—Willis Reed-style, Superman-style, whatever you want to call it—just as McSorley was exiting. Facing a 4th-and-5 situation with the game and really his team’s entire season on the line, the reigning NFL MVP promptly delivered a 44-yard touchdown pass to Marquise Brown for a 42-35 lead.

Cleveland responded to tie the game before Baltimore kicker Justin Tucker answered with a game-winning field goal, but it was the Jackson-to-Brown strike that was the signature moment of what was 2020’s signature game so far.

A video-game kind of game, but don’t forget reality

Although nothing should be taken away from the awesomeness of that game, make sure you don’t get lured too far into the forest to see the trees. The Ravens and Browns combined to put on an incredibly fun show, but these are by no means the two best teams in the NFL or even in their conference. Heck, they aren’t even close to being in first place in the AFC North! Sure we might like to see a rematch with a Super Bowl berth on the line, but this is not going to be the AFC Championship matchup. It just isn’t.

Jackson is amazing, but it is alarming how much worse Baltimore’s defense has become since limiting this same Cleveland opponent to a mere six points in Week 1. This unit has recently had no answer for the rushing attacks of the Browns or the Tennessee Titans. Granted those are two of the best running teams in the league, but guess who the Ravens are going to have to face if they make the playoffs? You guessed it: great teams who can run the football. And they are still far from being a lock for the playoffs at 8-5.

As for the Browns, we already knew they were too inconsistent to be a serious contender in 2020. Despite being five games over .500 at 9-4, they are saddled with a hard-to-believe minus-20 point differential. The key moving forward will be for Baker Mayfield to play mistake-free football. In the previous five outings, Mayfield didn’t throw a single interception and not coincidentally his team went 4-1 during that stretch. If the former Heisman Trophy winner had been pick-free again on Monday night, Cleveland would almost surely be 5-1 in its last six and 10-3 overall. Mayfield’s lone INT was returned to the one-yard line by Baltimore linebacker Tyus Bowser and led to a TD run by J.K. Dobbins for a 34-20 Ravens lead in the third quarter. The Browns eventually erased all of that deficit… but only temporarily.

Yes, this game was outstanding. Yes, both of these teams are darn good. Let’s just not get carried away in thinking that one of them is going to lift the Lombardi Trophy.