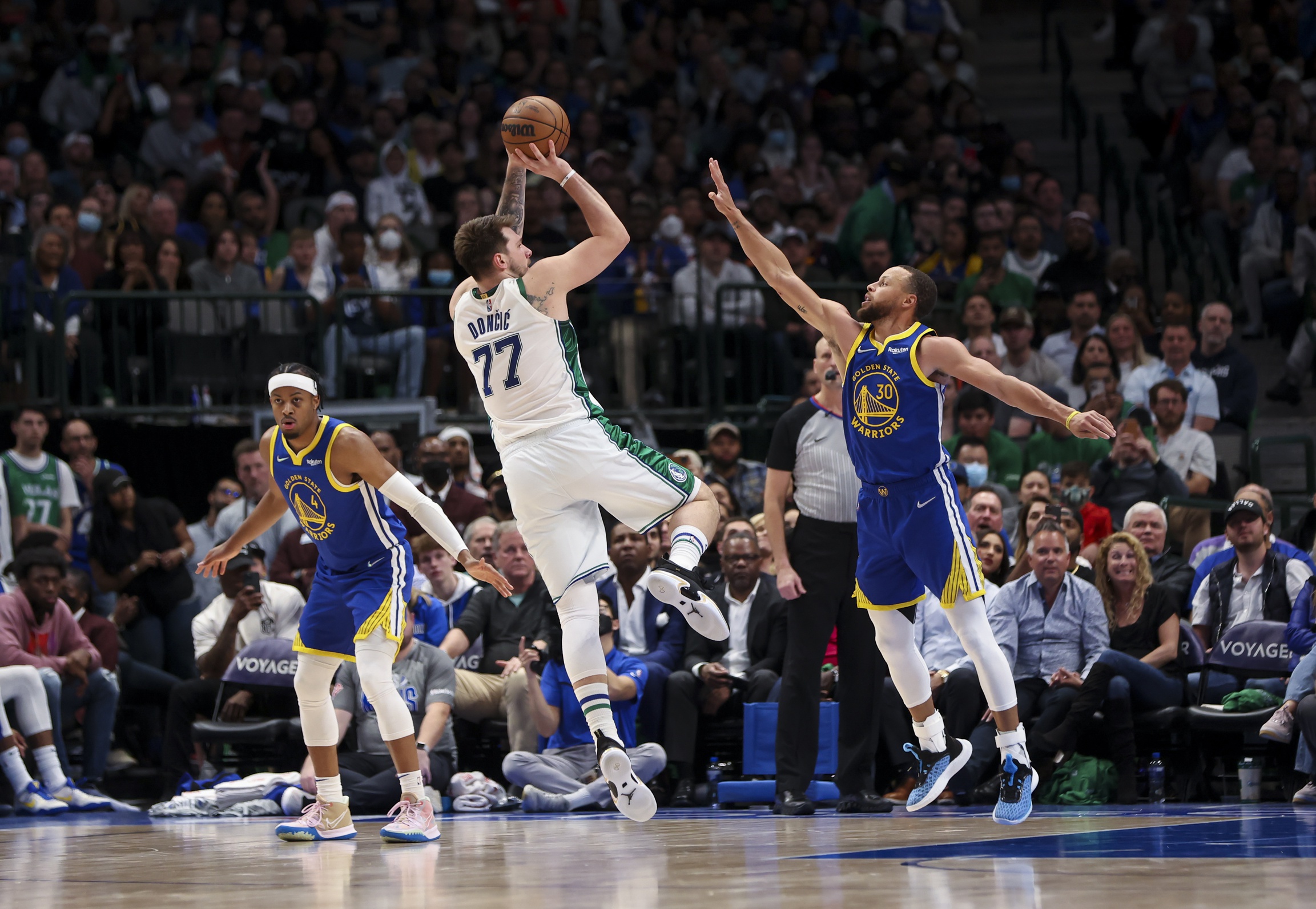 After an exciting Game 1 between Boston and Miami last night, we also have the Western Conference Finals starting today. The Mavericks and Warriors square off at 9:00 pm ET on TNT, and you can find my same game parlay for that matchup below.

Our predictions on the side and total for Game 2 of Boston Celtics vs Miami Heat are also available, so don’t forget to check those out. But first, let’s get into Game 1 of Mavericks vs Warriors.

As we saw with Boston last night, they played an extremely good first half but then completely collapsed in the 3rd quarter as Miami turned things around. Something like that could also happen in tonight’s game, as the Mavs are coming off a grueling 7-game series with the Suns, while Golden State rested an extra 2 days following their series win over Memphis.

Along with the rest advantage, the Warriors also have the edge since they’re playing at home, where they are undefeated in 6 games this postseason. The teams split the 2 meetings at Chase Center during the regular season, with the Warriors winning the first one by 38 points and then Dallas returning the favor by 6, although it is worth pointing out that they were down by as many as 21 points in that game. With the last 2 regular-season meetings both being decided within 10 points, I am expecting another close game tonight with the Warriors edging it out at home.

It must have felt really good to get 30 points from Klay Thompson in that closeout Game 6 against Memphis at home last week. Klay struggled a bit in that series, averaging just 15 points before that game, but he was able to end it with 8 threes in that final game. For the series, he averaged 3.3 threes made per game, while in the series against Denver he was scoring 4.4 per game and scored 3 or more in 4 of the 5 games played.

Against Memphis, Thompson scored 3 threes in 4 of the 6 games played, so he should have a good chance of going over the number in tonight’s opener against Dallas. The Mavs have been solid in defending the three during the postseason, but Golden State will be a different animal as they have so many weapons they can use from the perimeter. Fingers crossed Klay gets hot early tonight.

The main reason I like Steph to collect his assists tonight, as opposed to going crazy scoring the ball, is the fact that the Mavs did a very solid job against him during the regular season defensively and held him to just 20 points per game in 4 meetings. Steph shot just 38.8% from the field in those games and under 30% from three-point land which is very unusual for him. Only 4 other teams in the regular season held Steph to a worse percentage from three, so I’m interested to see how they play him in tonight’s game.

If Curry’s shot isn’t falling, the good thing is he can always revert to doing more point guard things and that is involving his teammates. So far in 11 games this postseason he is averaging 5.6 dimes per game, but against the Mavs he averaged 7.8 per game during their 4 regular-season meetings. In the last 3 games against them he recorded 9, 10 and 7 assists, so getting to 6 dimes shouldn’t be too much to ask from the 2-time MVP in my opinion.

Read our full series preview for Mavericks vs Warriors