HomeAnalysisNBA AnalysisNBA Finals Predictions – Don’t overthink it; LeBron and the Lakers will beat the Heat

NBA Finals Predictions – Don’t overthink it; LeBron and the Lakers will beat the Heat 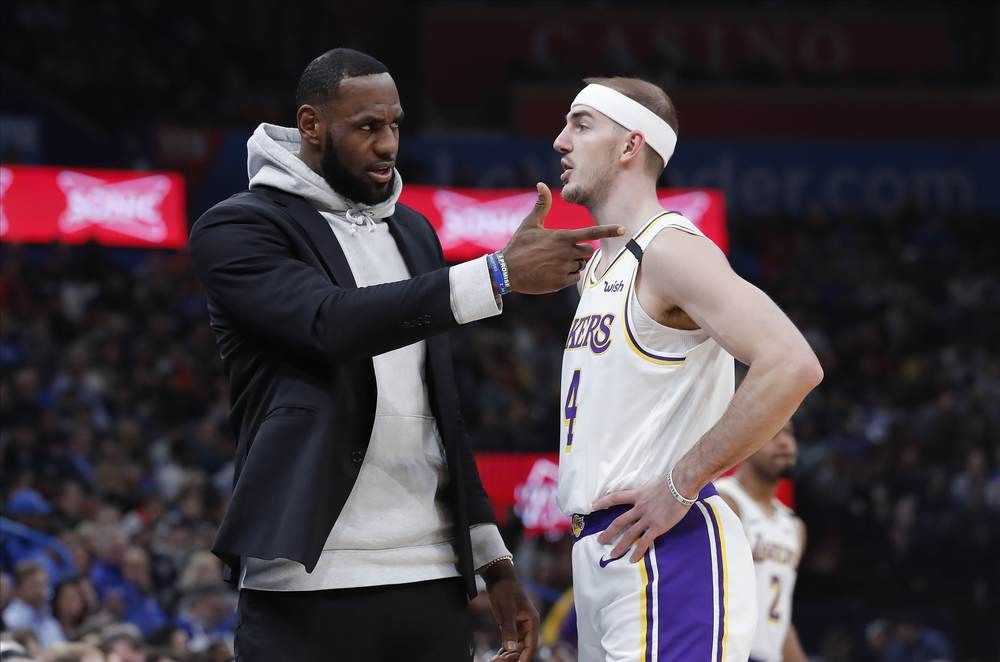 Death, taxes, and LeBron James in the NBA Finals. Those are the three certainties of life.

Just how many of these things has LeBron been to? Not one, not two, not three, four, five, six, seven, eight, nine… no, this will be his 10th appearance in the NBA Finals. LeBron is bidding for his fourth title, having triumphed twice with the Miami Heat—yes, the same team that his Los Angeles Lakers now face—and once during his second stint with the Cleveland Cavaliers.

Needless to say, experience will be a factor in this upcoming series. In addition to LeBron, Lakers guard Danny Green is a two-time NBA champion (he won one with the San Antonio Spurs—beating LeBron’s Heat in the finals—and a second last year with the Toronto Raptors). Point guard Rajon Rondo lifted the Larry O’Brien Trophy with the Boston Celtics in 2008. On Miami’s roster, Andre Iguodala is the only player seeing any court time who has played in the NBA Finals.

That is not to say that the Heat will be overwhelmed by this occasion. This team has met the playoff pressure in impressive fashion throughout the Orlando bubble. It is brimming with confidence heading into this series. Still, there is just something different about the NBA Finals—especially against the vaunted Lakers—compared to the Eastern Conference playoffs. In crunch time, it will be tough to bet against a player who has been here 10 times before and has captured the title on a trio of occasions.

While experience is a factor, it’s not the x-factor. There is no need to make this more complicated than it is: LeBron isn’t just more experienced than everyone else, he is quite simply better than everyone else. In fact, Los Angeles boasts the two best players in this series—by a country mile, too—in LeBron and Anthony Davis. To say they are bona fide superstars would be a gross understatement.

Even at 35 years old, LeBron averaged 25.3 points, a career-high 10.2 assists, 7.8 rebounds, and 1.2 steals per game. He finished runner-up in the MVP voting to Giannis Antetokounmpo. In his first season with the Lakers, Davis delivered 26.1 PPG, 9.3 RPG, 3.2 APG, 2.3 BPG, and 1.5 SPG. He averaged 31.2 PPG during the five-game Western Conference Finals victory over the Denver Nuggets.

The Heat will counter with a well-rounded crew led by Jimmy Butler, Goran Dragic, Bam Adebayo, and Tyler Herro. Butler is a five-time all-star, while Adebayo and Herro are future stars. Heck, those two are also stars of these current NBA playoffs. But they aren’t superstars.

GET THE BROOMS! Whoever tailed our NBA picks tonight, enjoy your 💵 💰 💷

This is a league dominated by those superstars—especially in the playoffs. Go back and look at the list of NBA champions and you will find teams led by Kawhi Leonard, Stephen Curry a bunch of times, a lot of LeBron, Tim Duncan, Dirk Nowitzki, Kobe Bryant etc. The Heat beat an Indiana Pacers team that had no such star power and a Celtics squad that has plenty of all-stars but no one who is a top-tier NBA player… yet. Yes, they also got past Antetokounmpo and the Milwaukee Bucks, but Giannis did not have any help in the playoffs. LeBron has Anthony Davis. Anthony Davis has LeBron.

Throw in role players like Green, Rondo, Kyle Kuzma, Kentavious Caldwell-Pope, Dwight Howard, and Alex Caruso, and this LA team is a well-oiled machine from top to bottom. Top-heavy? Sure. But also deep.

Speaking of depth, the Heat don’t feature a ton of it—at least not on the offensive end of the floor. They have only six guys who are averaging more than 6.0 PPG in the playoffs. Success with six can be sustainable if Herro continues to catch fire off the bench, Adebayo keeps up his current pace, and Duncan Robinson dials long distances with amazing accuracy.

However, all of that is easier said than done against an opponent that led the Western Conference in scoring defense during the regular season. The Lakers are giving up even fewer points in the postseason (106.5 PPG, which is third among the 16 playoff participants).

LeBron and company beat the Portland Trail Blazers in five, the Houston Rockets in five, and the Nuggets in five. Are the Heat really that much better than those teams? They might not even be better than the Rockets and Nuggets at all.

Make no mistake about it: the Heat are good. Their problem is that the Lakers—specifically LeBron and A.D.—are great. Lakers in five has been the theme of these playoffs and there is no reason to waver from that now.