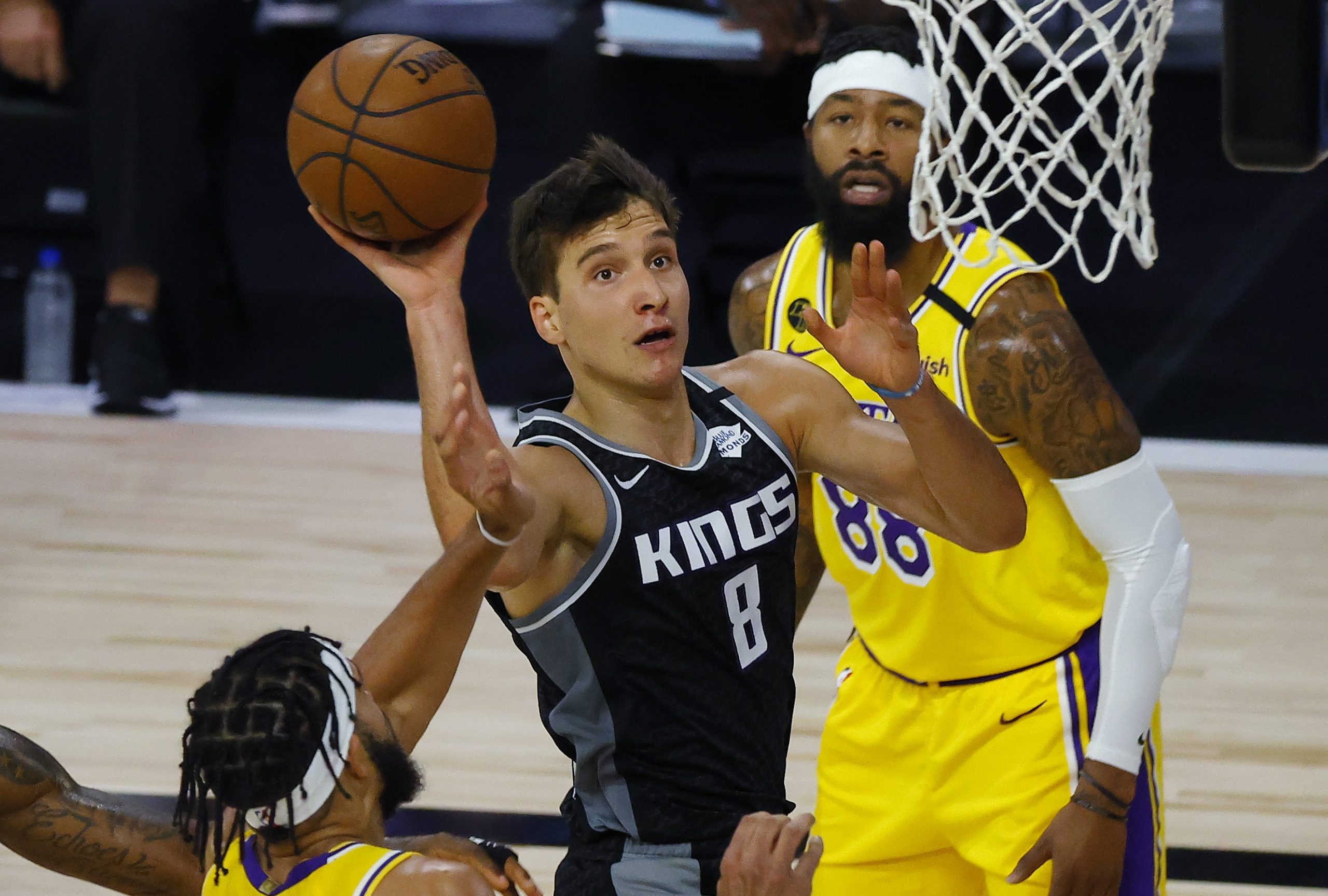 It may be football season, but basketball is certainly sharing the sports stage these days. The NCAA season begins this week, while the NBA Draft just recently came and went and the free-agency frenzy is well underway. Through both free-agent signings and a whole host of pre-draft and draft-say trades, there has already been a ton of personnel shakeup in the NBA this offseason. With the 2020-21 campaign almost exactly one month away, there could be some more noise being made in the near future.

Although it’s not over yet, let’s take a look at the current winners and losers of free agency.

The defending NBA champions are not messing around this offseason. They are going all in for another run at the title with LeBron James and Anthony Davis. Their re-signing of Davis is a mere formality, so that isn’t even being taken into account in terms of the Lakers’ status as weekend winners. Neither is the re-upping–as expected–with Kentavious Caldwell-Pope. Two other moves were the real newsmakers in Tinseltown. Their acquisition over Dennis Schroder more than makes up for the departure of Rajon Rondo, and Montrezl Harrell is an upgrade over Dwight Howard in the paint. Stealing Harrell from the Los Angeles Clippers only adds to the significance of that signing. Oh, yeah, they also signed Marc Gasol. The Lakers have since improved to +140 and +300 to win the West and the NBA title, respectively.

Speaking of Rondo, he is taking his talents to Atlanta. The same can be said of Danilo Gallinari and Kris Dunn. Bogdan Bogdanovic signed an offer sheet with the Hawks and will be joining the gang, as well, unless the Sacramento Kings match it on Tuesday. Rondo and Dunn will take some pressure off star point guard Trae Young, and Dunn also gives this team a much-needed perimeter defender. Gallinari and Bogdanovic can shoot the lights out and they should get plenty of open looks from downtown with Young as their floor general. It would be a massive disappointment if Atlanta misses the playoffs again in 2021. Of course, stay tuned to the Bogdanovic situation for 24 more hours….

The Hawks are looking like a legit playoff team in the Eastern Conference.

Pretty much everyone in the Western Conference other than the Lakers lost on the opening weekend of free agency. They were already the best team in the business and the rich only got richer. The news was especially bad for the Nuggets, and not just because they came the closest of all other West teams to upsetting L.A. in the playoffs. In addition to seeing its conqueror improve markedly on paper, Denver also endured its own free-agency struggles. Jerami Grand and Mason Plumlee both bolted for the Detroit Pistons, while Torrey Craig went to the Bucks. Head coach Mike Malone’s club at least managed to add JaMychal Green, but that doesn’t offset the loss of Grant.

The Hawks’ gain (potentially, at least) is the Bucks’ pain. Before free agency began and even prior to the draft, Bogdanovic was apparently headed to Milwaukee in a sign-and-trade deal with Sacramento in exchange for Donte DiVincenzo, D.J. Wilson, and Ersan Ilyasova. However, Bogdanovic had not yet become a restricted free agent (that happened at 6:00 pm EST on Friday). That meant he was not allowed to have conversations with any teams or agree to any sign-and-trade terms prior to Friday. As a result, the transaction was voided. Although the Bucks successfully landed Jrue Holiday from the New Orleans Pelicans, they had to give up Eric Bledsoe, George Hill, and a whole host of draft picks in return. In what will once again be a deep Eastern Conference, short +225 odds on the Bucks do not look like great value.