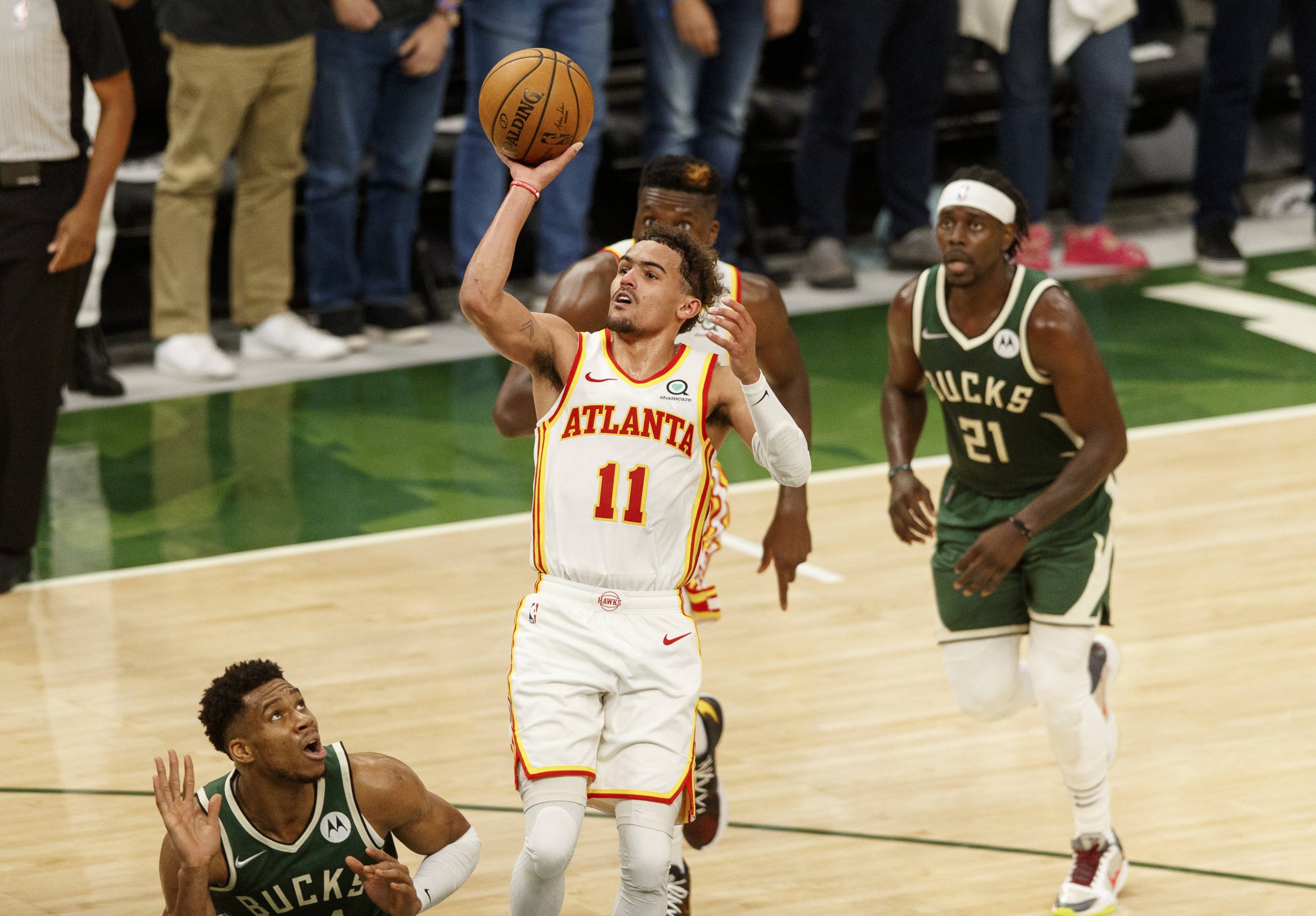 Another exciting night of basketball coming our way as we head towards the weekend. The Philadelphia 76ers and Atlanta Hawks kickstart the ESPN doubleheader at 7:30pm ET, followed by the Phoenix Suns and Golden State Warriors facing off at 10pm ET.

Check our predictions on the side and total for the rest of Friday’s 9-game slate, but for now let’s focus on the 76ers and Hawks!

I was skeptical of Atlanta coming into the year, but they’ve done a lot to assuage my concerns recently, winning eight of their past nine games. There’s a bit of bad blood between these teams after their chippy playoff series last year, and this is the Hawks’ chance for revenge. The 76ers clowned them when they played in Philly at the beginning of the year. But that was when the Hawks were struggling most, and now the tables have turned. Philadelphia has lost three of four, and only put up 87 points their last time out. Joel Embiid shot just 3/17 in that game, and he just admitted to the media that he isn’t anywhere close to back to 100 percent yet after missing a lot of time due to COVID-19.

Unlike Embiid, Trae Young has been on a tear recently and has scored 30+ points in 5 straight games. During this stretch, he is shooting 54% from the field and 46% from downtown while draining 3.6 shots on 7.8 attempts from distance. His free-throw shooting is also on point at a 85% success rate. What’s most impressive about all this is that he is doing it all while playing just 33.1 minutes per game, making him one of the most efficient players in the league. Over his last 10 games, he has recorded 30+ points a total of 7 times. In one game against Philadelphia this season he had 13 points and you bet that he wants to make amends in tonight’s game in front of a packed State Farm Arena.

Embiid is still working back into form after recovering from Covid-19. In the 3 games since returning he is posting 23.7 points and 15 rebounds per game. His shooting has been off in the past 2 games, but Embiid is an old-school type of center and when he isn’t able to dominate in the scoring department he will find other ways to impact the game. He has done exactly that against the Magic and Celtics by grabbing 13 and 18 rebounds. It’s only a matter of time when Embiid has a breakout scoring game, but until then I feel more safe backing him to clean up the glass instead.