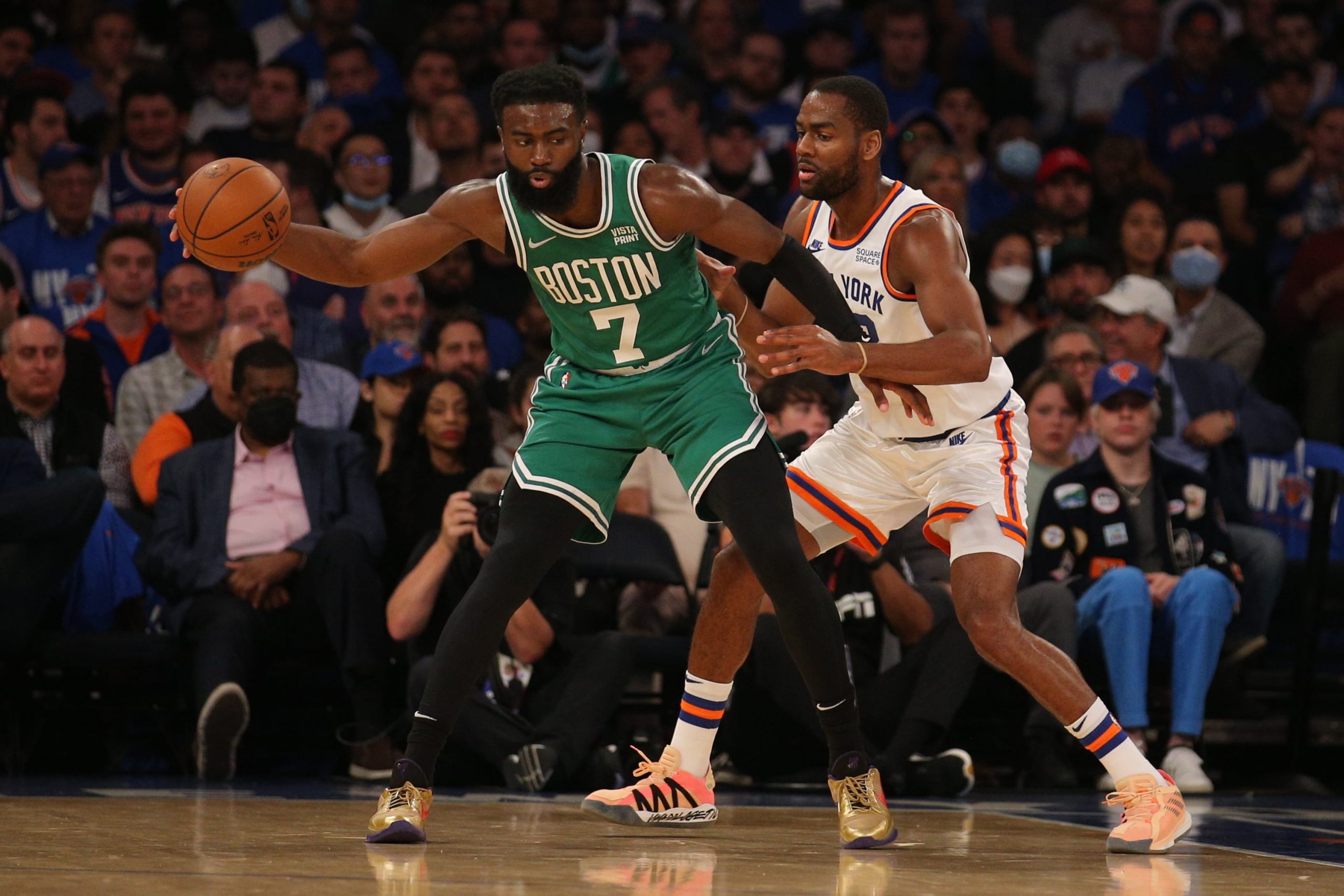 It’s a 9-game night in the NBA and what better way to celebrate than to go for another same-game parlay, right? Last night we were just a couple of Josh Giddey assists away from landing our 4th in the last 4 days, so hopefully luck is on our side in this one.

The Boston Celtics and Philadelphia 76ers start us off at 7pm ET, but make sure you also check our predictions on the side and total for the rest of Friday’s 9-game slate.

Both games played between these 2 have been close this season with Boston winning their game by 1 point and then losing the next one by 5 at home, so I’m expecting another close one tonight. The Cs are heating up just at the right time with 3 wins in a row, all against Eastern Conference teams. They’ve been stellar on defense allowing just 91 points per game during that stretch and both Tatum and Brown are scoring the ball at a high level. Against the Sixers they have a positive record over the last 10 games winning 6 of them, so I’m really liking their chances tonight. Boston has also covered the spread more often on the road than at home, so that’s also a positive heading into tonight’s game.

Whenever you can get these odds on Embiid scoring 30 or more points, you take them. The big man has been on a historic run over the past 8 games, averaging 32.6 points per game and scoring 30 or more in all 8 games. His efficiency is also through the roof. From the field, he’s shooting 56% and he’s also lethal from the three-point line scoring, scoring at a 41% clip which is impressive for a player of his size. He’s also not afraid to draw contact and get to the foul line. Over this stretch, he’s averaging 12 attempts from the charity stripe while making 9.8 of them for a solid 81%. Embiid is simply on a different level and a 35-year old Al Horford should be no match for him down low.

Brown has been putting up solid numbers for a while now. Over his last 10 games, he’s upped his season average from 24.5 to 28.3 points per game. On the road, he’s shooting close to 50% from the field and 41% from three-point land in 11 games this season while averaging 26.2 points per game. Last night against Indiana, he exploded for 34 points and in his last 2 games, he has gone over 24.5 points. In the month of January, he already has 2 games of 30+ points and a 50-point game against Orlando at the start of 2022. He and Tatum are proving on a nightly basis that they can co-exist, so hopefully, tonight’s game is one of those nights we see that on display.