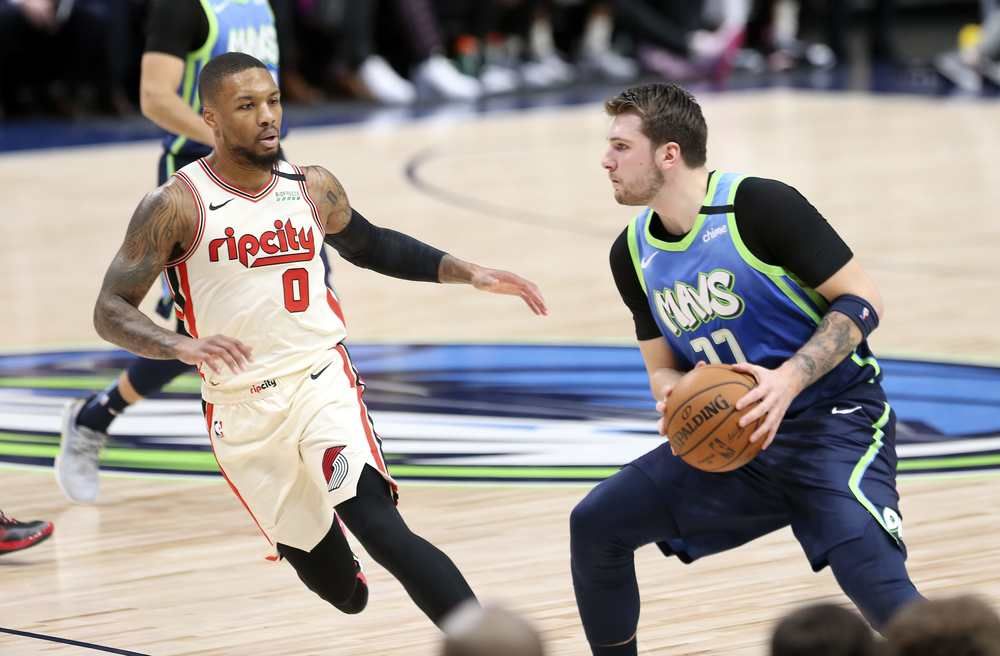 The Southwest Division has been dominated by the Houston Rockets in recent years, but that might be about to change with the start of the 2020/21 NBA season right around the corner. The Dallas Mavericks, New Orleans Pelicans, and Memphis Grizzlies all appear to be on the rise with their talented young cores, and you can never count out the San Antonio Spurs as long as Greg Popovich is at the helm.

But for now, let’s break down the Southwest Division:

We’ll start off with the team that currently reigns supreme in the division. Obviously there’s been a lot of tumult in Houston this offseason after their playoff collapse, which led to the trade of Russell Westbrook. James Harden apparently wants out as well, which has caused everyone, including oddsmakers, to bury them. I think that’s premature. This is a team that could’ve had a 3-0 lead in the second round over the Lakers if not for a couple of fourth quarter meltdowns, and there’s not much of a downgrade at all from Westbrook to John Wall. If Wall and DeMarcus Cousins can stay healthy, they’re going to be really good. There are still a lot of talented role players like Eric Gordon, P.J. Tucker, and Danuel House here, and I love the offseason acquisition of Christian Wood. All the negative media coverage has created some value, and I’m taking them to win the division as a result (+500 on DraftKings).

Is Harden the early MVP favorite?

Add another 54 points in a win for #OneMission. #NBA #Rockets

There’s a lot to be excited about with this Mavericks team as Luka Doncic looks like a potential future MVP. That being said, I think the hype around this team has gotten a bit out of control as they’ve surged to -225 to win the division. I think that’s a bit ridiculous, and there’s no way I could lay that steep of a price. They didn’t actually do much to get better this offseason, and are mostly just running it back with the same squad. The only major move they made was swapping out Seth Curry for Josh Richardson, and they might miss Curry’s shooting more than they enjoy Richardson’s defense. The West is going to be incredibly deep this year, so I’m fading the hype and going under on their winning percentage of 57.5 (-110 on DraftKings).

Speaking of teams that have been getting a lot of buzz, everybody is excited to see what Zion Williamson does in Year 2. Understandably so. But while this team certainly has a lot of upside due to Williamson and their young talent, and there’s a plausible scenario where they’re very good, it’s also far from guaranteed. They quite arguably got worse this offseason, as they gained Steven Adams and Eric Bledsoe but lost Jrue Holiday. They’re banking on big development from their young guys, and I’m not sure we can count on that in such a weird year with limited offseason time together. As such, I’m taking the under on their win percentage of 48.5 (-110 on DraftKings).

Williamson isn’t the only star from the 2019 draft in this division. Ja Morant was electric in his first year, taking home the Rookie of the Year award. Memphis was a great story the whole season, although their playoff bid ultimately came up just a bit short. It was a huge step in the right direction, but because of how good the West is going to be I’m not sure they can keep the positive momentum going. They ended up finishing just 34-39 last year, and acquired nobody of significance this offseason outside of Justise Winslow. I think there are just too many talented teams ahead of them in this conference, so I’m betting on them to miss the playoffs (-225 on DraftKings).

The Spurs are the least talked about team in this division, which would’ve been unthinkable just a handful of years ago. San Antonio is flying under the radar, but people should underestimate Popovich at their own risk. The Spurs showed a lot of fight in the bubble, and I think they’ll be able to carry over that momentum here. This team has a very nice mix of experience and youth, with vets like DeMar DeRozan and LaMarcus Aldridge combining well with the youngsters Derrick White and Dejounte Murray. San Antonio’s strong coaching staff and culture will serve them very well in an unusual year like this, and give them an advantage over everybody else. The Spurs’ final winning percentage last year was .451, and I don’t see them getting worse at all. I’m taking the over on their winning percentage of 41.5 (-110 on DraftKings).

Starting the day off with an early #NBA WIN 🏀#GoSpursGo ✅

Who else jumped on the Spurs today?