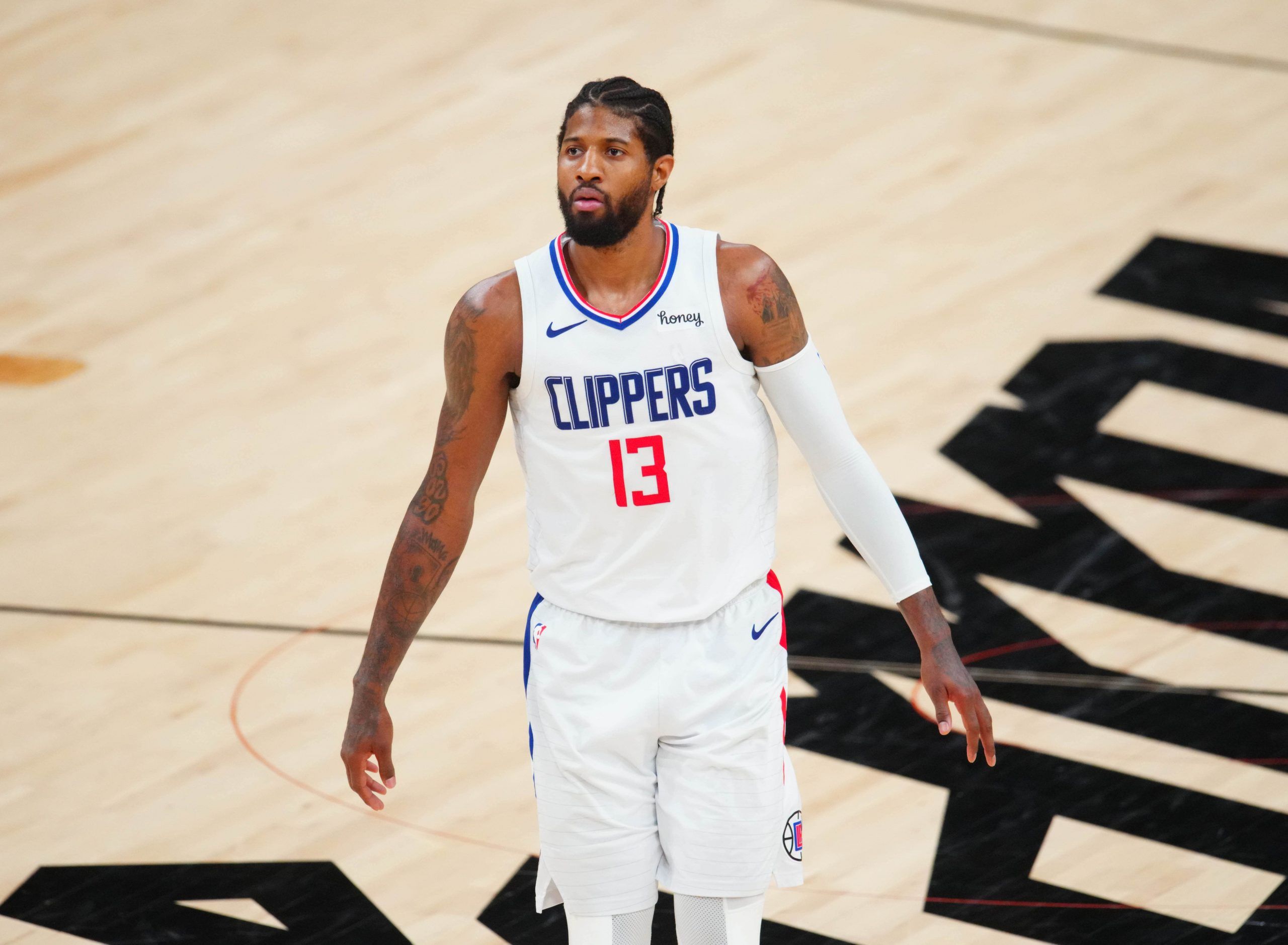 Long time NBA fan, have been following the game closely for 21 years now. Joining the Pickswise writing staff for the 2020-21 season. Hopefully we can make some money together! Oh, and I firmly believe Lebron James is not one of the two best basketball players of all time. Yeah, I said it.
Updated: 10:32 AM ET December 06, 2021

It’s the 4th and final regular-season meeting between the LA Clippers and Portland Trail Blazers as the teams clash at the Moda Center on Monday night. The game starts at 10pm ET and once again we’ve prepared a tasty same-game parlay for you!

Also don’t forget to check out our predictions on the side and total for the rest of Monday’s action. Let’s dive in!

Paul George is averaging 26.7 points per game for the Clippers against the Blazers in 3 meetings this season. His shooting in those games has been very impressive at 48% from the field and 45% from downtown. In one of those games he went for 42 points in October, when the teams also played at Moda Center. If we take a closer look at his games against Portland, we can see he has scored 30+ in 3 of the last 5 games and over that stretch he is averaging 29.8 points per game. The price on this bet is too good to pass up, so fingers crossed George has yet another special performance in him.

CJ McCollum has really struggled shooting the ball lately. In his last 6 games he is averaging just 37% from the field and 34% from 3-point land while attempting just 2.7 free throws per game. Playing without his backcourt mate Damian Lillard has been an issue. Defenses now solely focus on him on a nightly basis and he hasn’t been able to figure things out. He also injured his ribs pretty badly against the Celtics on Monday, X-rays were negative, but he is feeling the effects which means he won’t be 100% tonight. In 3 meetings with the Clippers this season he is averaging just 15.7 points on 38% shooting.

With Lillard out and McCollum struggling from the field, it will be up to Norman Powell to carry the Blazers offensively tonight. He is the team’s 3rd-leading scorer and has done well over his last 10 games, averaging 15.4 points per game while shooting 44% from the field and 40% from downtown. He didn’t play well against the Celtics the other night, but I’m expecting him to bounce back. In the 2 games against the Clippers this season he has averaged 17.5 points on 52.2% shooting from the field and a whopping 75% from three. LA is the 2nd-worst team in the NBA when it comes to opponent 3-point percentage in road games — teams are averaging 39.4% makes against them. Hopefully Powell can take advantage.