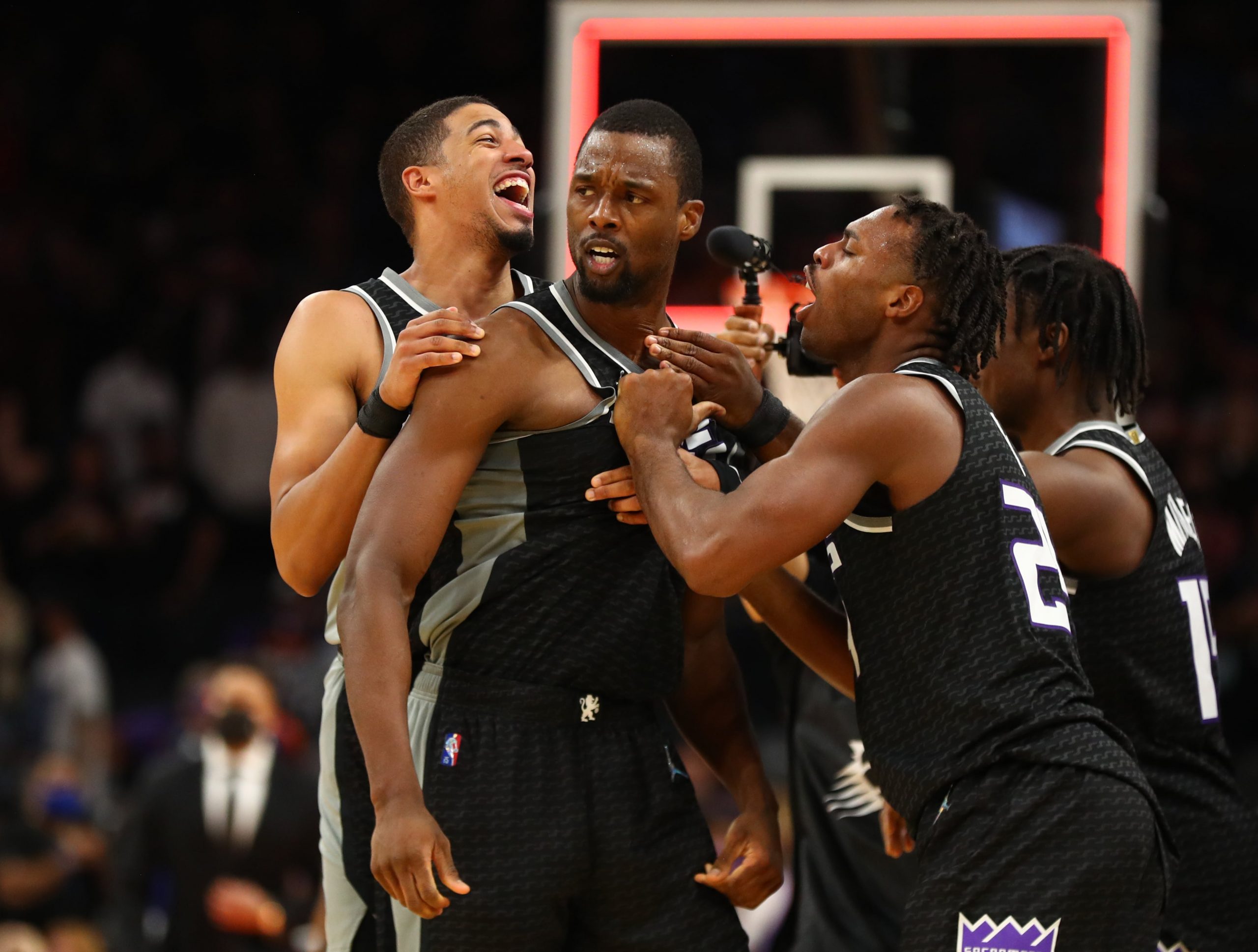 The new week in the NBA tips off with 10 games on a Monday night and we have another NBA TV doubleheader coming our way.

First it will be the Brooklyn Nets and Cleveland Cavaliers squaring off at 7pm ET, followed by the Philadelphia 76ers and Sacramento Kings at 10pm ET.

Our same-game parlay focuses on the 76ers and Kings, but be sure to also check our other predictions on the side and total for Monday’s 10-game slate.

The Sixers front line has been hit hard with the injury bug. Without Joel Embiid in the line-up they are left with just one big man down low in Andre Drummond and teams are averaging 54 rebounds against them over their last 3 games. Holmes has enjoyed a really solid season. He leads the Kings with 9.9 rebounds per game and in November he has already had 5 games of double-digit rebounds, including a 20-rebound night against the Charlotte Hornets and 15 against the Thunder. Playing at a faster pace under coach Alvin Gentry should also result in an increase in rebounding, so look for Holmes to have a solid night on the glass against his former team.

Make sure you also check out our Monday NBA mega parlay (+1235 odds!)

De’Aaron Fox might be the player who will benefit the most on this Kings roster with their coaching change. He’s averaging 19.7 points per game this season, which is almost 6 points down on what he was scoring last year. His shooting is down across the board and he just didn’t fit into the philosophy of Luke Walton. He was often static on offense, which hindered his progress as a player. He gets a new chance now under an offense-minded coach in Alvin Gentry. The New Orleans Pelicans, who Gentry coached, played at the 4th-fastest pace last season. A player like Fox who often relies on his speed to get buckets will surely fit right into that. I expect big things from him tonight, especially against a tired and shorthanded Philadelphia 76ers team.

Buddy Hield ranks 3rd on the team in 3-point percentage this season, if we count players who take at least 1 three per game. He’s shooting it at a 39.2% clip and is attempting a team-high 10.6 per game. He’s making 4.2 of those shots on average, which is 2nd in the NBA, behind only Stephen Curry. Over his last 4 games he has scored 16, 10, 16 and 22 points, so he is in solid scoring form. He’s also made at least 3 three-pointers in his last 5 games and under the guidance of new head coach Gentry he should get even more freedom on offense, which should result in an increase in both efficiency and shot attempts. The Sixers have major problems on defense, they are giving up 109 points per game over their last 3 contests. Without Embiid the middle will be wide open as well.