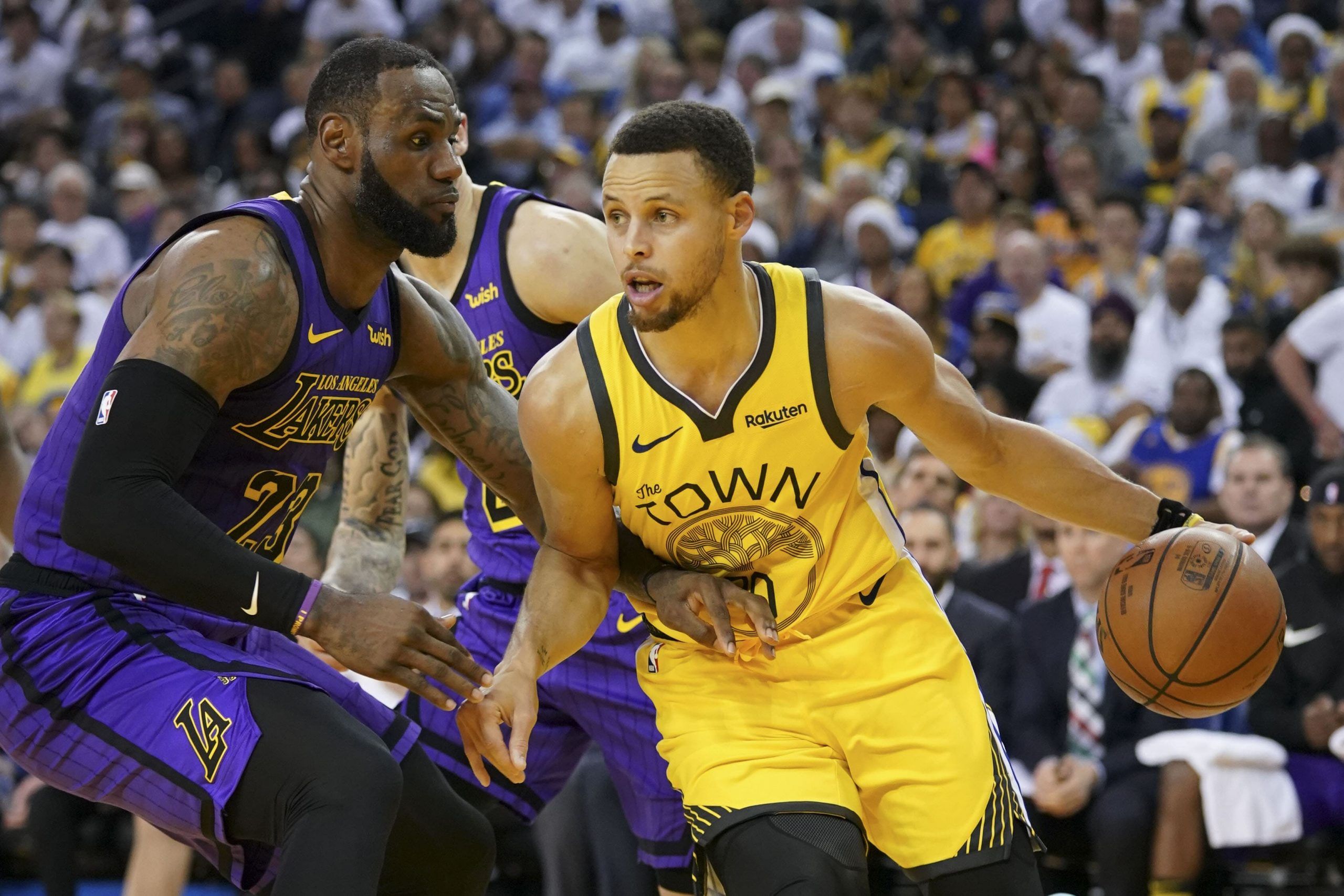 It’s the beginning of the first full week back in action since the NBA returned from their All-Star break, and we’ve got a solid slate on Monday. Perhaps the best game on it is this Western Conference showdown between the Los Angeles Lakers and Golden State Warriors on ESPN. LeBron James vs. Steph Curry is always an entertaining show. We’ve cashed a couple of these NBA same game parlays with big payouts recently, let’s do it again.

We’ve got a simple two-leg parlay here, one which pays out just shy of 20/1 with FanDuel Sportsbook. We get a huge odds boost by combining a big Warriors win with a big Schroder scoring night, when I don’t think it conflicts at all. Let me explain:

The Lakers simply aren’t the same team without Anthony Davis, and I don’t think they should be favored on the road here. Sure the Lakers won handily in these teams’ most recent meeting, but the Warriors won the one before that. Both of those games were in Los Angeles, and Golden State is a completely different team at home. The Warriors are just 7-13 on the road this season, but are 13-6 at home.

That difference isn’t being properly accounted for by oddsmakers. The Warriors are coming off a game where they just beat the Jazz by 12, so don’t doubt their ability to beat one of the league’s best teams by double digits. When the Lakers just played that same Utah team they lost by 25, and they have a really low floor without Davis that leaves them vulnerable to this kind of lopsided loss.

We get a huge odds boost for combining this with the Warriors winning big, when I really don’t think it conflicts much at all. This is going from +500 to +1807, despite the Schroder prop only being +146. When you look at Schroder’s scoring numbers, you’ll see that he actually is averaging 2.2 points per game more in losses than in wins this season.

Needless to say, his usage goes way up without Davis in the lineup dominating touches. Schroder has played in six games since Davis re-aggravated his Achilles issue, and he’s scored at least 22 points in three of those. In one of the other three games he scored 17 since he only shot 6/17 from the field, and in another he only played 25 minutes because it was a 30-point game entering the fourth quarter. Assuming he plays his normal minutes here, I think he’s quite likely to hit 20, and it won’t impact the Warriors winning this game at all.