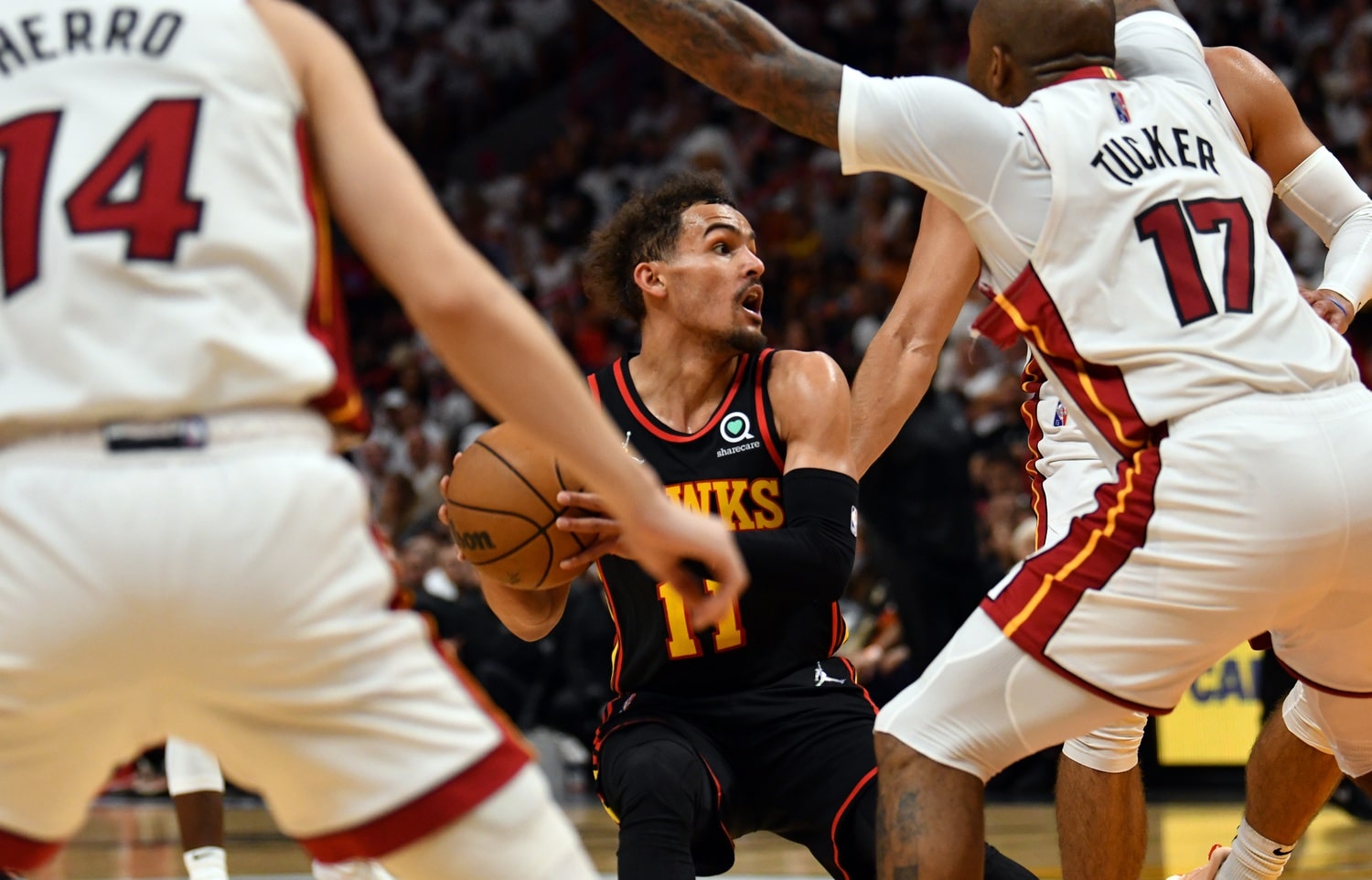 The Atlanta Hawks managed to pull one out in front of their own fans in Game 3 and now have an opportunity to tie things up against the Miami Heat as they clash once again tonight at State Farm Arena. Game 4 tips off at 7:00 pm ET on TNT, and I’ve prepared a same game parlay to make things even more interesting.

We also have predictions on the side and total for the 3 other NBA games this Sunday, feel free to check those out as well.

Let’s get into the Heat vs Hawks matchup now.

Game 3 went down the wire, despite the Miami Heat having a 16-point lead at one point during the second half. We are not used to seeing that kind of a collapse from such a well-oiled machine, but this is the playoffs and there are no easy opponents. Tonight’s game isn’t going to be much easier, but I am expecting a positive response from the Heat, who are 5-2 SU in their last 7 meetings against Atlanta. They’ve covered the spread in 10 of their last 14 on the road, and I really like their chances with that kind of record. The last 2 games of this series were both decided by 10 or fewer points, and there’s no doubt in my mind we are headed towards another close finish. I just hope Jimmy Butler gets the job done this time.

With the Heat doing a tremendous job of guarding Trae Young so far, the Hawks have finally turned to other scoring options, which has made the previous 2 games much closer than the series opener. Hunter looks like the most consistent option for the Hawks through 3 games as he’s averaging 15.7 points. He’s scored over 14.5 twice already, and is shooting at an impressive 56% from the field and 51% from downtown. I don’t think Miami’s game plan on defense will change all that much, and they’ll once again focus on Trae Young, which should give others room to flourish. With Bogdan Bogdanovic shooting just 36% from the floor and Kevin Huerter averaging just 10 points per game, my bet is on Hunter to be the second scoring option on the team tonight.

If Jimmy Butler had hit that fadeaway jumper at the end of regulation in Game 3 we would be having a completely different conversation ahead of tonight’s game, but he didn’t and here we are. He was held to just 40% shooting in Game 3 after making 60% of his shots in the home games. It was a vastly different approach to the game compared to Game 2, in which he scored 45 points. In Game 3 he was much less aggressive, attempting just 3 free throws. Instead he turned to doing other things, such as rebounding and getting assists. He finished the game with 8 dimes and I have a feeling he could have a similar output in tonight’s game, especially if Kyle Lowry isn’t able to play. Lowry left the previous game with a leg injury and his status is up in the air for tonight’s game. That would be a big loss for Miami in terms of their playmaking. In 16 games without Lowry during the regular season, Butler averaged 7.8 assists per game and I think he can step it up and even get to 10 assists here. Let’s back 8+ as a slightly safer option, though.