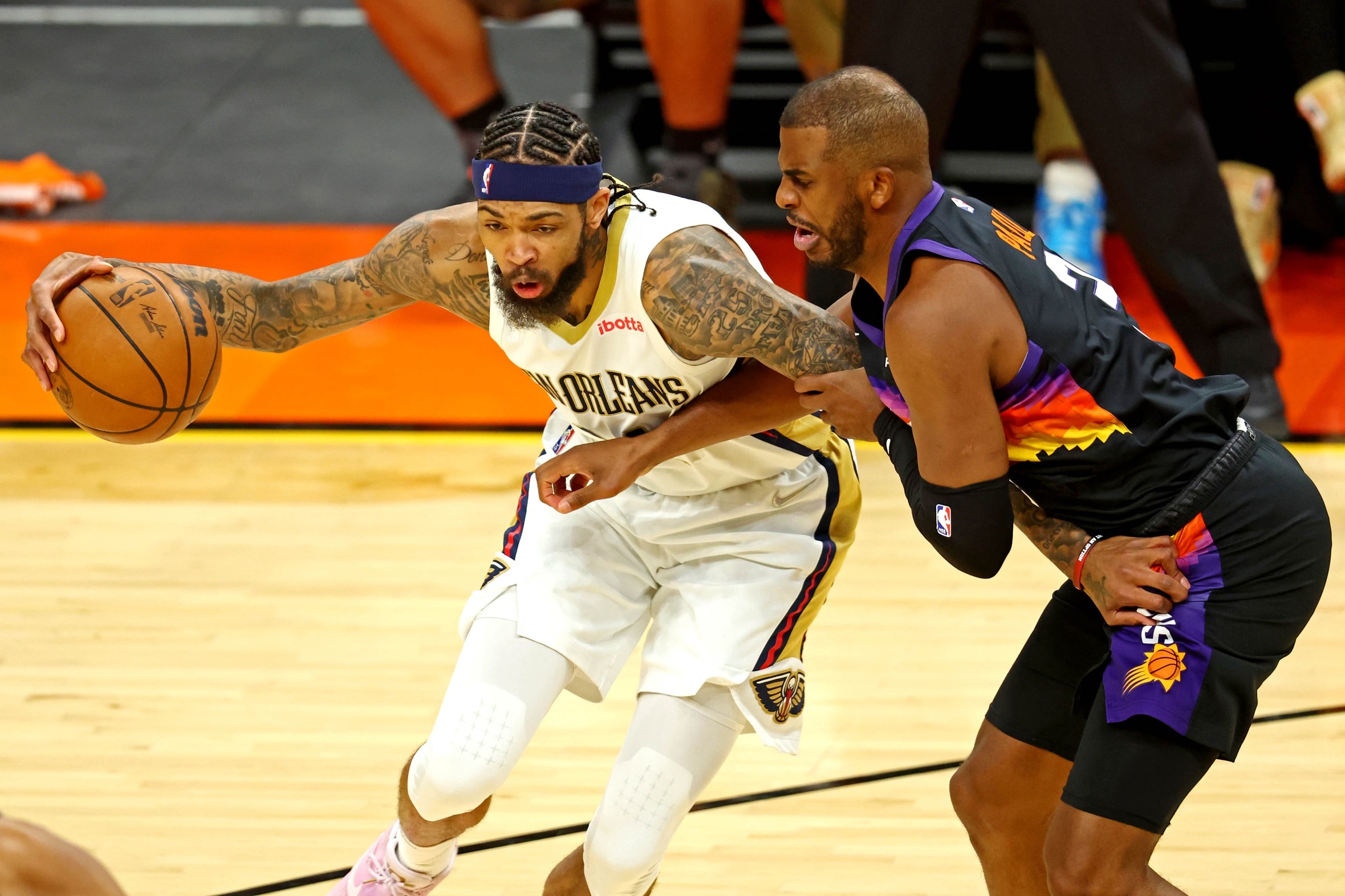 The momentum is back on Phoenix’s side as they hold a 2-1 lead heading into Game 4 of their series against New Orleans. You can catch the game live on TNT from 9:30 pm ET, and I’ve prepared a same game parlay which you can find below.

After you’re done checking it out, be sure to also go through our predictions on the side and total for the rest of Sunday’s 4-game NBA Playoffs slate.

It took a herculean effort from Chris Paul in the 4th quarter to give Phoenix a 114-111 win in Game 3. He made 7 of his 10 shots and had 19 points over the final 12 minutes, carrying the team in Devin Booker’s absence. Phoenix shot just 15% from 3-point range in that game, making only 4 shots, but the Suns’ rebounding down the stretch saved them from going 2-1 behind. With the depth this team has I think it’s safe to assume that kind of a night from the perimeter won’t be happening again in Game 4. The Pelicans have relied way too much on Brandon Ingram and CJ McCollum, and it will take much more than that to beat this Suns team. The Suns are 6-2 SU/ATS in their last 8 against the Pelicans, and they should get the job done tonight in a close one.

There’s nobody like Chris Paul. Over his last 2 games he’s dished out 28 assists while turning the ball over zero times in 36 and 40 minutes played. That is elite playmaking and he’s doing it with the team’s best player out. He’s also shooting at an extremely efficient rate while scoring 25 points per game through 3 games. CP3 is showing no signs of slowing down despite being just a couple of weeks away from turning 37. Instead of going for the points, I think backing his assists is the way to go in tonight’s game, simply because the Suns are on high alert after Booker went down and the entire team has stepped up since. I’m expecting Phoenix to pick it up from 3-point land, so Paul should get his assist numbers.

Contrary to what some people predicted before this series, Deandre Ayton is having his way on the inside against Jonas Valanciunas. New Orleans tried going small to compensate, but that backfired and Ayton had 28 points in Game 3. The big man is averaging 19.7 points per game and shooting at an insane 66% from the field, while also making both of his 3-point attempts in Games 1 and 3. He also dominated the boards on Friday, collecting 17 of them and relying mostly on his speed and versatility against the much slower Valanciunas. So far in the 3 games played the Pelicans are allowing 53.3 points per game inside the paint, that’s even worse than teams such as the Lakers, Pacers and Pistons were allowing during the regular season. Fingers crossed Ayton can once again take advantage of that.