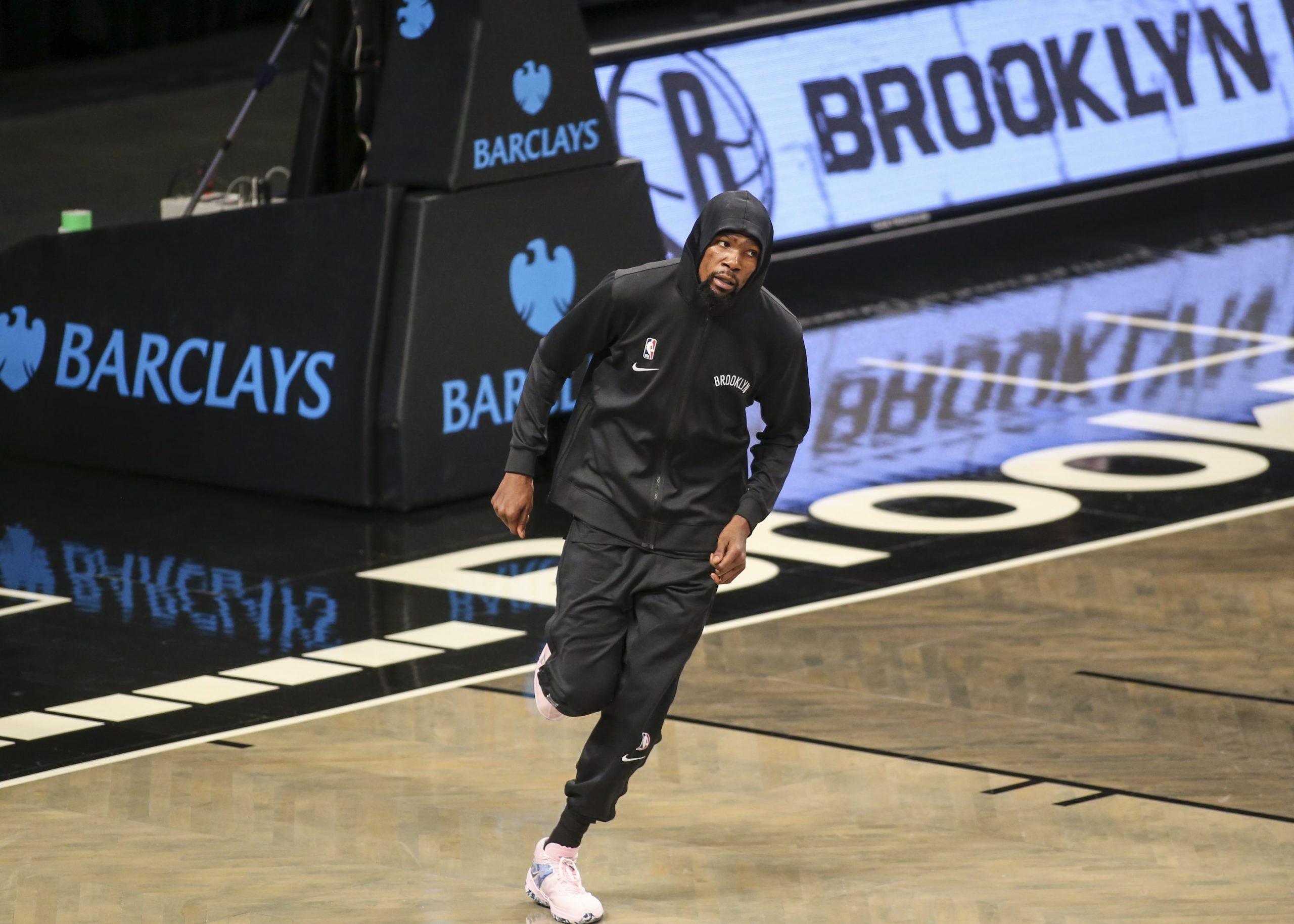 It will be the first in-state rivalry game of the season for the Brooklyn Nets and New York Knicks when they square off on Wednesday night. Kyrie Irving remains unavailable for the visiting Nets, but Kevin Durant brings some star power to this showdown. Brooklyn vs. New York tips off an NBA double-header on ESPN, the second leg of which features the Los Angeles Clippers and New Orleans Pelicans.

Why not spice up the action even further with a same game parlay? Let’s take a look at the best such option for this matchup, and be sure to check out our full preview of the game for picks on the side and total.

Part of the value in same game parlays, of course, is that all of its components can be correlated if you so choose. That is some of the plan here, as we feel good about the Nets chances in this one with Knicks having been unable to keep up their early-season hot streak. It’s also unlikely to develop into a shootout, as New York plays at the slowest pace in the entire league. Both a Nets ATS bet and an under play correlate nicely with Knicks power forward Julius Randle staying under his point quota. And—obviously—another big night from Kevin Durant would help propel the visitors to a convincing win.

This is the second game of a back-to-back situation for the Nets, but that—along with Irving’s absence—is probably why you can get them at this modest -5.5 number. Assuming Durant suits up on Wednesday, that represents great value. Moreover, Brooklyn is coming off a solid 122-116 win over Denver. When you have some momentum, why not get right back out there and try to keep it rolling? Durant has been in stellar form since missing four games due to coronavirus protocols, whereas the Knicks are anything but confident right now. They surged to a surprising 5-3 record through eight contests but have since dropped three in a row. It is also worth noting that fatigue won’t just be a factor for Brooklyn, as New York is playing its fifth game in the span of eight days.

All the more reason to like both the Nets and the under is that Knicks shooting guard Alec Burks is expected to be sidelined by an ankle injury. Burks, who has been out for two weeks, is his team’s second-leading scorer at 20.7 points per game. Even at full strength, the Knicks are pathetic on offense. They are second-to-last in the NBA in scoring at 100.1 points per game. A lot of that has to do with their aforementioned slow pace of play, as they rank dead last in the association in possessions per game. In turn, that leads to impressive defensive numbers (second in the league with 105.5 points per game allowed). The Knicks have shockingly not even reached the 90-point mark in any of their last three outings, so another low-scoring contest is likely in the cards. 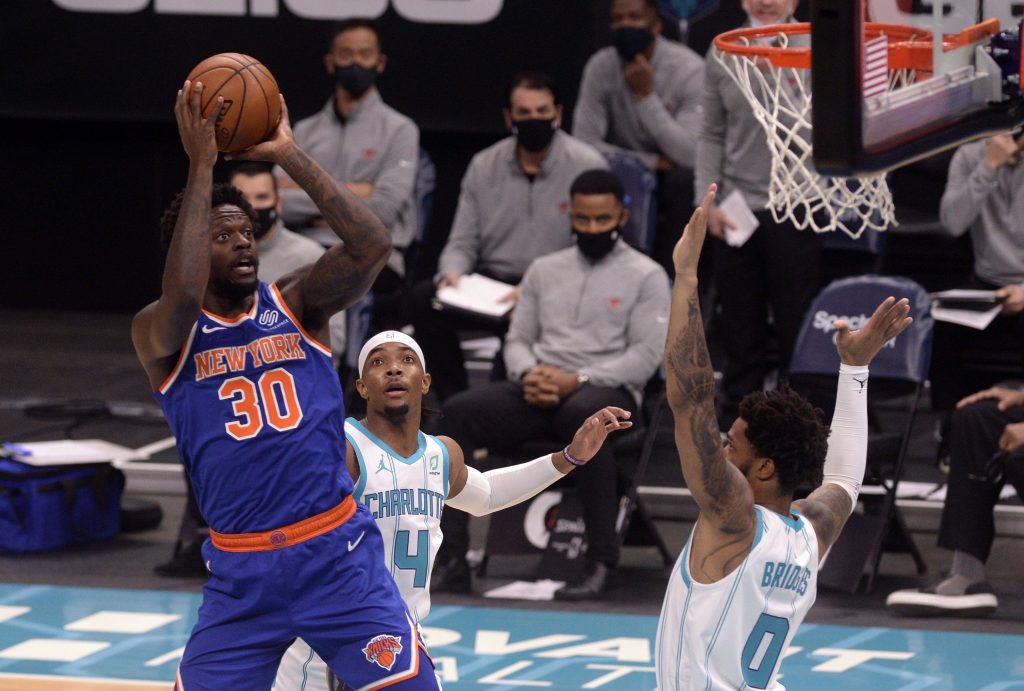 Randle has scored 18 points or fewer in four of the last seven contests, so there is also good value on taking the under here. The former Kentucky standout couldn’t throw it in the ocean during New York’s most recent game, when he went 2-of-9 from the floor for 11 points during a 109-88 loss to Charlotte on Monday. Since starting the season an unbelievable 9-for-13 from three-point range through four games, Randle is a horrendous 5-for-27 from deep. His minutes have decreased, too. The 26-year-old logged at least 40 minutes in two straight contests before playing 31, 38, and 30 during this three-game skid. Keep in mind, too, that Brooklyn boasts some stellar low-post defenders in Jarrett Allen and DeAndre Jordan.

After returning, Durant lit up the Thunder for 36 points and then torched the Nuggets for 34 on Tuesday. He is playing confidently and clearly shouldering the load with Irving out. The 32-year-old has attempted seven three-pointers in each of the last four outings and at least six threes in six straight. He has drained multiple triples in seven of eight games during the 2020-21 campaign, so it’s really not too much to ask for three or more on Wednesday. Heck, Durant just nailed four against Denver!