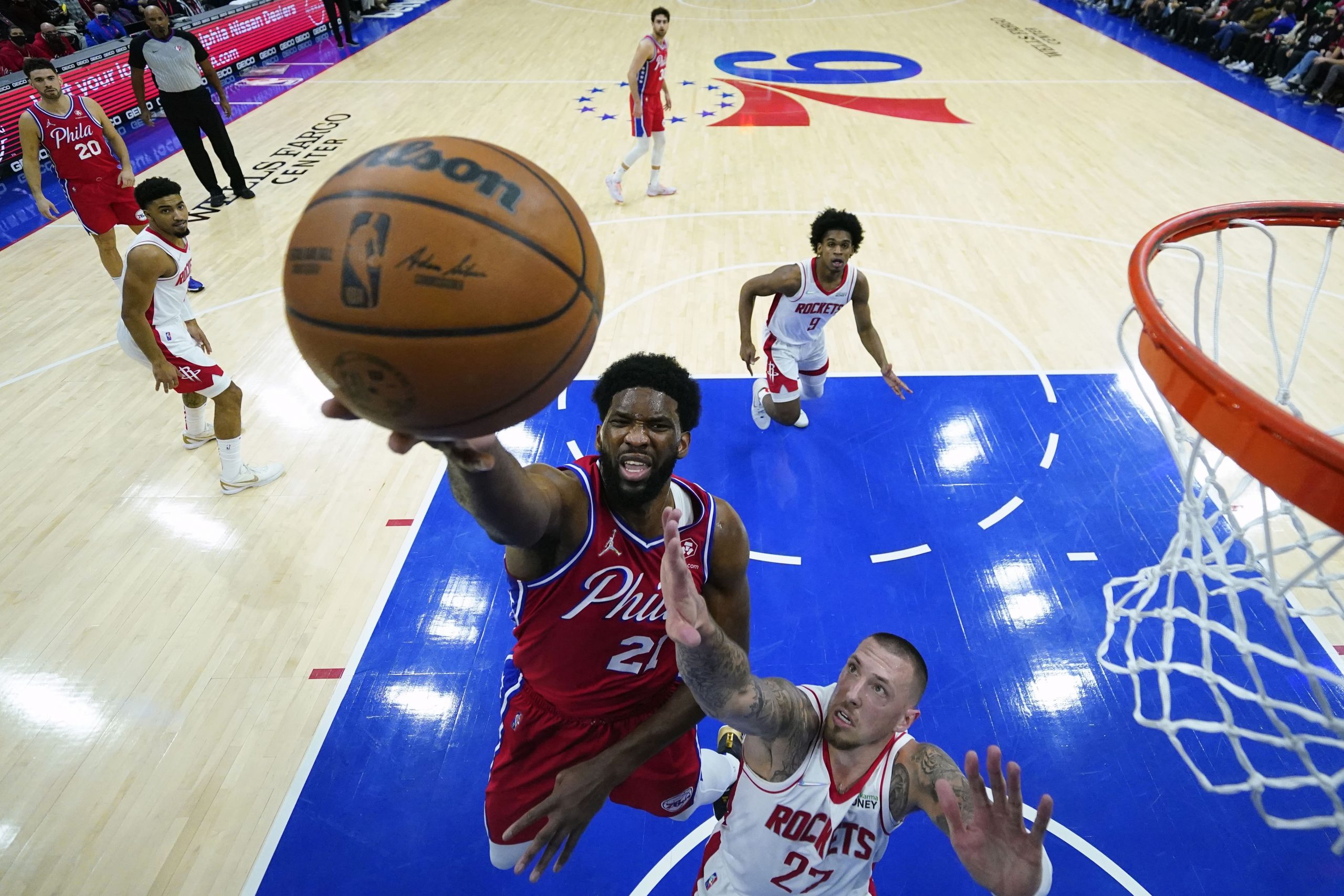 Philadelphia has beaten Charlotte 16 times in the teams’ last 17 meetings, but the loss was in the most recent game. They close out their regular season series tonight and I’ve prepared a same game parlay which you can find below.

Make sure you also go through our predictions on the side and total for the rest of Saturday’s 5-game slate, including the NBA TV game between the Brooklyn Nets and Atlanta Hawks.

With LeBron James and Giannis Antetokounmpo putting up huge numbers in their last few games, Joel Embiid has dropped to 3rd place in the race to win the scoring title. He needs a big performance tonight if he wants to stand any chance of winning it as LeBron is now 0.3 points per game ahead of him and with just 6 games remaining every point counts. Charlotte is the perfect opponent for the big fella to improve his stats, as he has averaged 35.3 points per game this season in 3 meetings against the Hornets while shooting 61.1% from the field and almost 43% from 3-point land. He’s scored more than 30 in 2 of the 3 meetings and his season-high against them was 43 in December. With both the MVP and scoring title on the line, I expect that to bring out the best of Embiid.

In 2 of LaMelo Ball’s last 3 games against the 76ers he had 8 and 9 assists, so he’s been very close to the magical 10 assists we need tonight from him. With Gordon Hayward finally returning from an ankle injury, I think LaMelo will take a step back from scoring and try to get others more involved. Having another 16 points per game scorer by his side certainly helps his cause. LaMelo has averaged 8.8 assists per game over his last 10 outings and against the Knicks in his last game he had 15 of them. That was his 2nd game in a row of 10 or more assists as he had 11 in the game prior to that against Denver. He’s matching up with James Harden tonight, and that’s another thing he can take advantage of. The 76ers have given up 25.3 assists per game to opponents in their last 3 outings, that’s an increase of 2 per game compared to their season average.

Make sure you also read our same game parlay for Cavaliers vs Knicks (+1259 odds!)