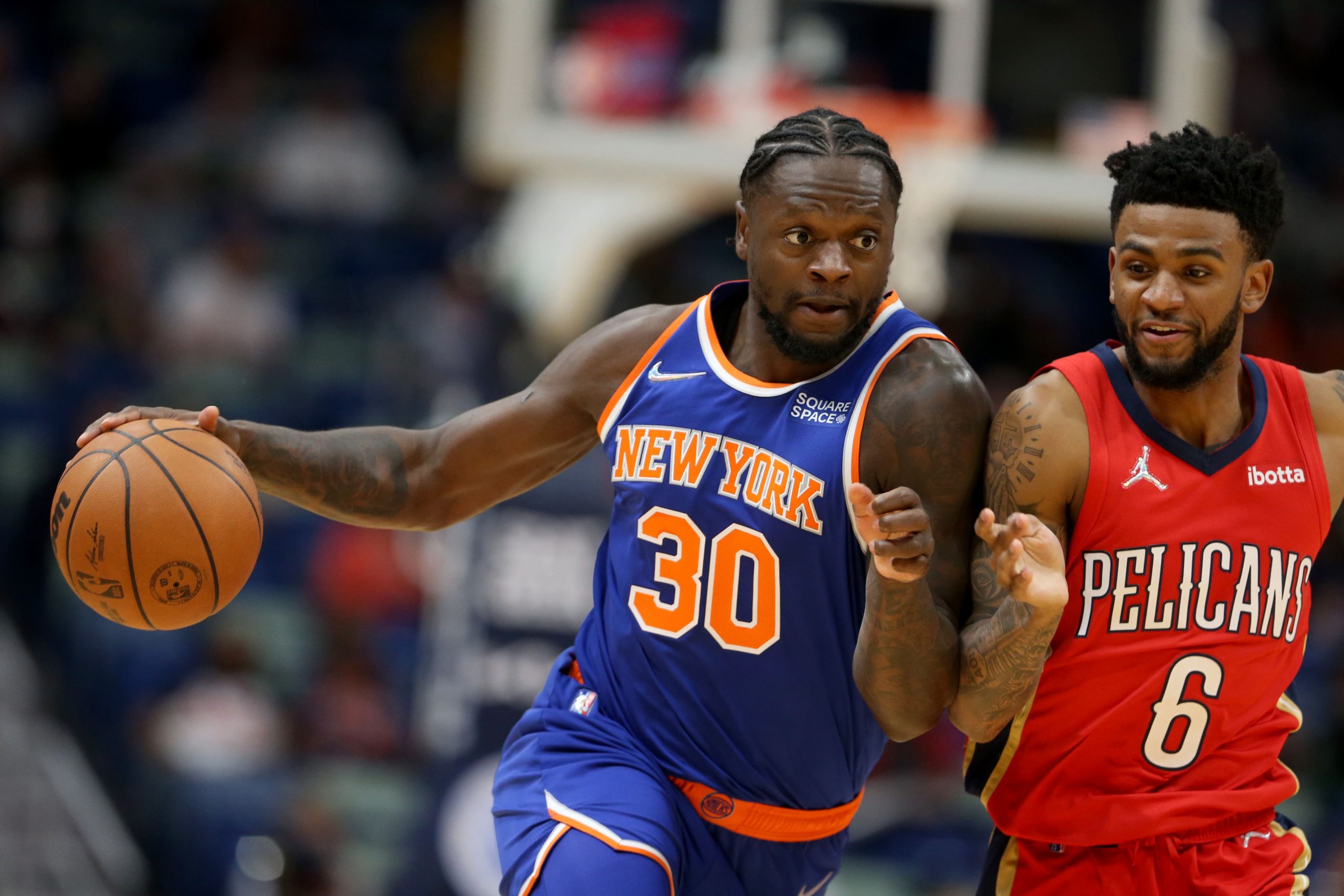 A total of 9 games are being played this Sunday as we close yet another week in the NBA season. Just 2 days ago I landed a +1266 same-game parlay on the Blazers vs Nets game and I’m going at it again with the Utah Jazz vs New York Knicks game tonight!

Continue reading below to see my bet, but also check out our predictions on the side and total for the rest of Sunday’s 9-game slate.

Let’s get into the Jazz vs Knicks clash now.

The Jazz lead the regular season series 1-0 after beating the Knicks by 9 points at home back in early February, and I think we’re in for yet another close game tonight at Madison Square Garden. The Knicks have performed well winning their last 2 games against Portland and Washington and so have the Jazz by winning 3 of their last 4. Utah gets Donovan Mitchell back for this game, but it will be without Bojan Bogdanovic and Mike Conley — which evens out the playing field a little bit. Still, I think the Jazz are more talented and have a ton more chemistry as a group compared to the Knicks, who have gone just 1-6 ATS in their last 7 home games. The Jazz have won 6 of the last 7 meetings head-to-head and have covered in 5 of 7 against the Knicks.

With his countryman Rudy Gobert manning the middle for the Jazz, Fournier and his teammates will resort a lot more to threes in this game as opposed to taking the ball to the rim against one of the best defensive stoppers we have in the NBA. Fournier has performed well over the past 10 games shooting almost 42% from three and against the Jazz in the game played earlier this season he had 16 points on 50% shooting from deep. The Jazz are a top 10 team when it comes to defending the perimeter this season, but opponents have been connecting on 35% of their three-point shots against them in the last 3 games, so that’s an opportunity for Fournier to do some damage here. He has scored at least 4 threes in 3 games in a row and is making 3 per game for the month of March.

I’m curious to see how Randle handles the rebounding responsibilities against the Jazz, who have long center on the inside. Julius is coming off a 17-rebound night in the win over Washington at home, 16 of those came on the defensive end which is definitely encouraging here. He has gone over 9.5 boards in 2 of his last 4 games while averaging 10.5 per game during that stretch. Utah gives up almost 50 rebounds per game on average, 10 of those on the offensive end, so expect Randle to be active a lot more than usual on the boards.