New Orleans Saints: What will their 2020 record be? 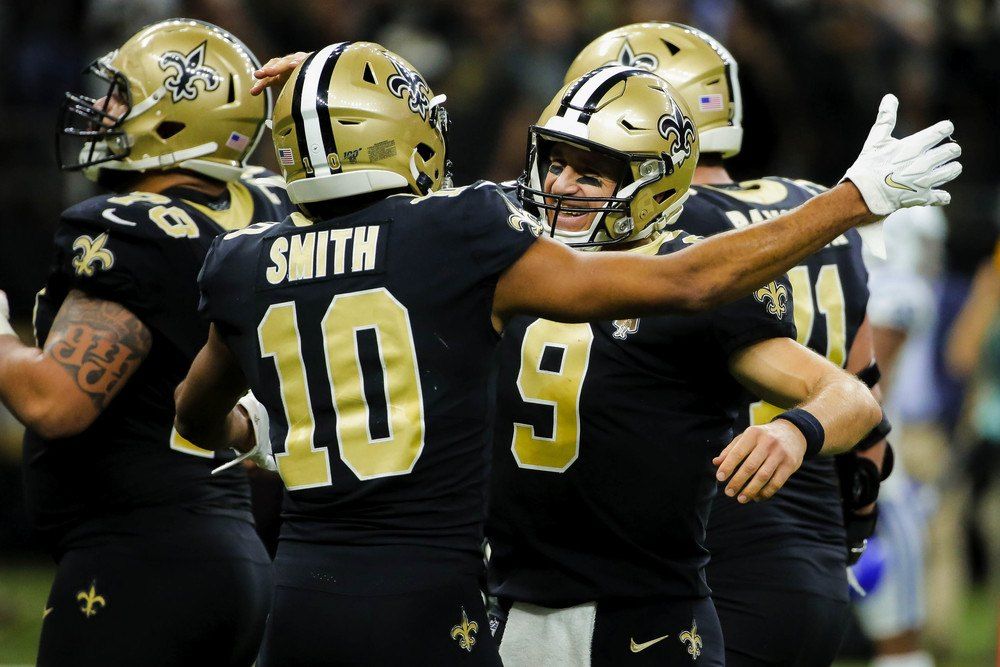 Since graduating from Davidson (The College That Stephen Curry Built), I have been writing about sports--just about any and all you can think of!--and coaching tennis in Atlanta, Ga. Beyond the four major sports, I am an avid tennis fan and cover the ATP Tour on a daily basis. If I'm not busy writing, you can generally find me on a tennis court or traveling the world wherever a sporting event takes me.
@Dimonator133
Updated: 15:33 PM ET May 13, 2020

Drew Brees is used to being the best—and the oldest—quarterback in his division. But now Tom Brady is a member of the Tampa Bay Buccaneers, so Brees suddenly has a rival in addition to Matt Ryan and the New Orleans Saints may have a rival in the NFC South.

Will either Brees or Brady finally take a big step back? Brees especially is showing no signs of such a retreat. If the 41-year-old stays healthy, New Orleans is likely in line for another successful season. Just how successful? Well, let’s break it down game-by-game.

This Week 1 showdown may tell us more about the Bucs than it does about the Saints. But at the same time, it’s all about wins and losses and at this point in the season New Orleans is a better, more experienced squad. Win

Following a date with Brady and company, the Saints head to Vegas for the Raiders’ opener in their new city. And it’s in primetime, too (Monday night). This is a marquee start for New Orleans…and likely a 2-0 start, as well. Win

From Monday night to Sunday night, the Saints again play on national television. Short weeks are never fun, but it should not be a problem against a Green Bay team that drafted for the future by selecting quarterback Jordan Love in the first round. Win

Finally New Orleans plays a 1:00 p.m. contest against an unremarkable opponent. There won’t be as many people watching this one…which is good news for the Lions. Win

Back in the day, the Chargers made a mistake at the quarterback position by letting Brees walk to New Orleans. Even if they didn’t make a mistake by drafting Justin Herbert, they still aren’t ready to beat an opponent like the Saints. Win

New Orleans returns from its bye week for the easiest game of the season: Carolina at home. A well-rested team should put the Panthers away by halftime. Win

After sleepwalking their way to a 6-0 record, the Saints will be tested on the road in Chicago. Going up against a tough defense may result in their first setback of the 2020 campaign. Loss

At long last the schedule is getting tricky in a major way. The Saints’ second consecutive road game is arguably their most difficult on the schedule. Expect Brady and company to avenge their Week 1 setback. Loss

The Saints return home, but that is just about where the good news ends. San Francisco captured the NFC title this past season and it is favored to do so again. Loss

New Orleans has enjoyed the upper hand in this rivalry of late and there is no reason to think things will change in 2020. In Week 11, the Falcons will be at the point where Dan Quinn feels the seat getting hot. What’s new? Win

This could be a must-win game for the Falcons, whereas by early December New Orleans may be comfortably atop the division or at least well inside the playoff picture. The pressure will be on Atlanta and it could be too much. Win

Who will be under center for Philadelphia when Week 14 rolls around: Carson Wentz or Jalen Hurts? It may not matter. The Eagles can play plenty of defense and home-field advantage could be the difference. Loss

A 6-2 home record seems reasonable for the Saints. Losses to San Francisco and Kansas City would be nothing to be ashamed about. After all, those two teams squared off in the Super Bowl this year. Loss

The Saints’ latest playoff collapse came against none other than Minnesota. This rematch also takes place in the Superdome, and it’s the regular season which means New Orleans will probably manage to take care of business. Win

While Carolina will be playing for a high draft pick, New Orleans could find itself battling for a division title. Another blowout is in the cards. Win

If the Saints can get past Tampa Bay in that Week 1 showdown, they should eventually take complete control of the NFC South. The rest of their first-half schedule could not be easier, so there’s a big opportunity for a fast start. Things get tougher down the stretch, meaning another 13-3 campaign is unlikely. But an 11-5 mark should be more than enough for another playoff berth and probably another division title.