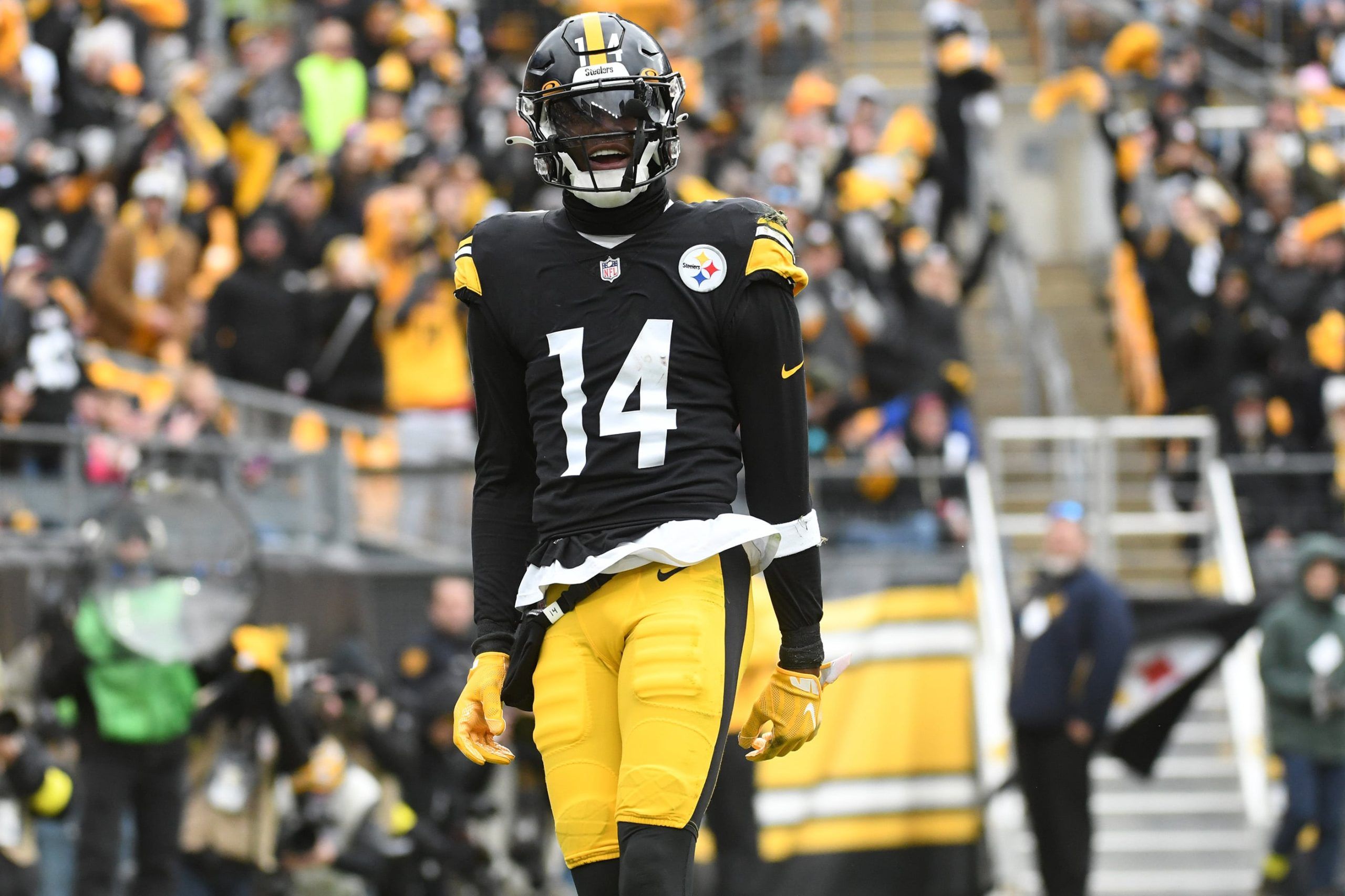 NFL betting analyst for Pickswise. I have been working in the fantasy sports industry for more than 20 years. I am the head of fantasy sports content for Fantasy Alarm and DFS Alarm as well as a bi-weekly columnist for the New York Post.
@rotobuzzguy
Updated: 12:49 PM ET November 28, 2022

NFL Week 12 DFS contests come to a close with a very interesting Monday Night Football matchup
between the Pittsburgh Steelers and Indianapolis Colts. The expected game total of 39.5 doesn’t exactly scream points bonanza, so building a winning DFS Showdown lineup is going to take some savvy intuition into who is going to score the points for these teams.

If you are looking at DVOA rankings, you’ll see that both teams play the run better than they do the pass, but then neither passing attack has been all that prolific in recent weeks. So, before you start picking players to use in your lineups, give some real thought as to which side you believe will win this game and by how much. Then start working your way through the who and the how from there.

Please note that players not listed below are not necessarily a complete fade and any player listed could certainly be used as the MVP/Captain. These are merely suggestions for players to use when setting showdown lineups.

George Pickens has gradually taken over as the team’s #1 wide receiver and has a strong on-field rapport with his quarterback, as evidenced by the steady growth in targets. He actually led the team in targets last week and has been racking up highlight reel catches each week. The matchups against Stephon Gilmore and Kenny Moore won’t be easy, but Pickens is blossoming into a special talent who should be treated as such.

While Parris Campbell is not be the No. 1 receiver in the Colts offense, he is a trusted third-down and red-zone target. His target share is actually pretty close to that of Michael Pittman, but he’s got a much more favorable matchup this week against slot corner Arthur Maulet. With 15 targets, 12 catches, 143 yards and 1 touchdown over his last 2 games, Campbell gets the nod for the top spot.

The Colts rank 27th in DVOA against tight ends and are allowing the 12th-most fantasy points per game to the position. Freiermuth is seeing a boatload of targets lately – we’re talking about an average of 9 per game over the team’s last 4, and while he hasn’t hit paydirt since Week 2, he is still seeing a steady diet of red-zone targets. He’ll hit sooner than later.

While the Colts aren’t giving up a ton of yards through the air (194.2 per game), they’ve allowed 13 passing touchdowns and opposing quarterbacks have posted a collective 96.2 passer rating against them. If Kenny Pickett can remain that efficient, then the yardage total won’t be a huge deal because he should lead them into the end zone a couple of times at least.

The Steelers defense has really tightened up against the run, allowing the 6th-fewest rushing yards per game and just 5 rushing touchdowns on the year. Colts head coach Jeff Saturday has changed things up on the offensive line and Taylor has now seen 22 carries in each of his last 2 games and has turned them into 231 yards and 2 touchdowns. Expect a steady dose of carries early to try to wear down this Steelers defensive line.

Matt Ryan emerged from his temporary benching and performed admirably against the Raiders, but when tasked with going up against the Eagles, things got a little dicey. He threw for only 213 yards and failed to lead the passing attack into the end zone. If the Steelers’ game plan is to stuff the run and force Ryan to throw, it won’t be pretty but the volume should be respectable and we should see average numbers needed to pay off his salary.

Michael Pittman is still the #1 receiver in this offense, but he’s been leaned on more between the 20s than he has inside the red zone, so he hasn’t scored since Week 1. The steady diet of targets is outstanding and in a game that should be low-scoring, his target share that has him averaging 9 per game this year will keep him as a strong option in full-point PPR formats.

Diontae Johnson has taken a little bit of a backseat to Pickens these days, but given the matchup against some tough corners, Pickett may give a little more of a lean to the veteran. He’s seen just 5 targets in each of his last 2 games and despite 6 red-zone targets in his last 3 games, he still hasn’t found the end zone this year. However, should the Colts focus more on Pickens, Johnson could surprise some people in this game.

The Colts’ run defense has been strong all year and they’re allowing an average of only 113.5 rushing yards per game with 9 rushing touchdowns allowed on the season. But with Kwity Paye out and DeForest Buckner questionable, the defensive line is far from being at full-strength. Najee Harris has seen 20 carries in each of his last 2 games and found the end zone twice last week against the Bengals. This is a tougher matchup, but you know Mike Tomlin is old-school and will push the run early.

Alec Pierce had Ryan’s attention on the field early on in the season and has seen a bit of a resurgence since Saturday put the veteran back under center, including 8 targets last week against the Eagles. We don’t expect to see that many this week, but if he can still grab 5 or 6, we could see some decent production against Cameron Sutton. The Steelers rank 18th in DVOA against the opposition’s #3 receiver, so there is a path.

The Steelers rank 4th in DVOA against tight ends and don’t give up much in the way of fantasy points per game to the position, so Alie-Cox may have a limited game. However, he is a big body the Colts like to target inside the end zone, so if they get down around the 5-yard line, you could see a quick out to Alie-Cox for 6.

While Taylor has reclaimed this backfield as his own, Jackson is still getting some complementary work, including some third-down pass-catching. He’s seen 7 targets over the last 2 games and even gets a few carries here and there. Just imagine Taylor breaking a big run to put the Colts inside the green zone only to watch Jackson get the call to push into the end zone.

If the Colts secondary is going to be focused on stopping Pickens and Johnson, the speedy Sims might just find himself in some single-man coverage. His specialty is stretching the field, so look for Pickett to take a deep shot or two towards him downfield.

Gunner Olszewski is  listed here because he sees targets in this passing attack. Not a lot, but some. Should the Steelers go into 3 and 4-receiver sets to spread out the defense, Olszewski could find himself alone in the middle of the field at some point.

Freiermuth is the Steelers’ primary pass-catching tight end, but we’ve seen Zach Gentry steal a few targets here and there. Considering how Week 12 has been the week of the obscure tight end, why wouldn’t you throw a contrarian dart at Gentry?

For exactly the same reasons as to why you would throw a dart at Gentry, you can do the same for Woods. In fact, we’ve even seen Woods celebrate in the end zone 3 times this season. Wouldn’t it be a hoot if he got the touchdown instead of Alie-Cox?.