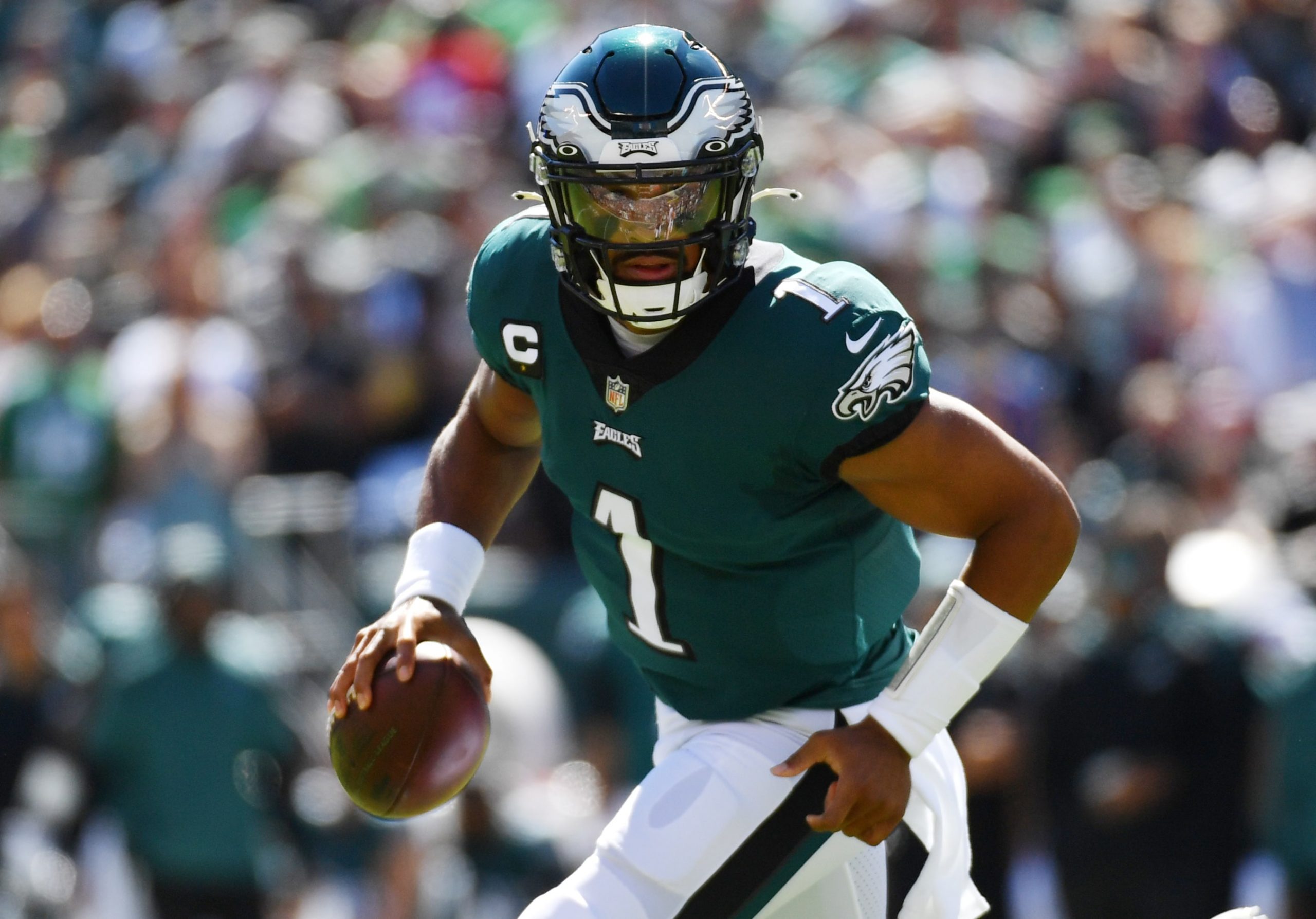 Few teams were hit as hard by this latest COVID outbreak as the Washington Football Team, but with the NFL moving this game to Tuesday, they are given a fighting chance here against the Philadelphia Eagles. Third-string quarterback Garrett Gilbert has had additional time to practice with the rest of the team and could actually surprise people tonight. The Eagles, however, have been preparing for him and have witnessed him in action, playing for division-rival Dallas last season, so there is some minor familiarity. On the Eagles offensive front, all eyes are going to be locked on Jalen Hurts who needs a strong game to prove himself, otherwise, he could find himself on the bench for Gardner Minshew, so setting up your DFS showdown lineups could be tricky.

With the Washington secondary playing as poorly as it has all year and now getting slapped with some COVID casualties, this should be a plus match-up for Smith. His target volume has been disappointing over the past few weeks and he’s failed to score in three-straight games, but if they can just get him the ball, he can handle whatever makeshift coverage gets thrown his way. After all, Washington has coughed up 27 touchdowns through the air and they allow the third-most fantasy points per game to the wide receiver position.

Sanders is coming off a strong three-game run in which he’s seen decent volume and posted a 5.7 YPC average. He didn’t get into the end zone during that stretch as Jalen Hurts did some serious goal-line vulturing, but the opportunity could be there tonight. Washington’s run defense has been sound throughout much of the year, but they have lost players to both injuries and COVID. His price tag is good, though not great, but he’s probably one of the more reliable players for touches on this slate.

This will be the super-contrarian pick, but anyone who actually watched the AAF knows that Gilbert can sling the rock. He dominated in the AAF with the Orlando Apollos and earned himself a back-up gig with the Dallas Cowboys last season. The Eagles pass defense is allowing just over 227 passing yards per game, they’ve given up 22 touchdowns through the air and opposing quarterbacks have posted an impressive 97.6 passer rating against them. He’s got solid weapons at his disposal and a decent match-up so if his offensive line can give him the protection he needs, he just might surprise everyone.

With Gilbert under center, we can expect Ron Rivera and Scott Turner to go with a run-heavy scheme to start and with no J.D. McKissic, Gibson should see strong volume out of the backfield which should include most of the passing work. The Eagles are allowing almost 110 rushing yards per game with 13 rushing touchdowns, so look for Gibson to pay off with the volume he should see.

This is a tough one as Hurts had been questionable all week with an ankle issue, but enters Tuesday without any injury designation. He’ll start, but if he does struggle, it doesn’t seem too far-fetched to think Nick Sirianni could pull him in favor of Minshew, so using him comes with some risk. If he plays well, then this match-up is super-tasty as the Football Team is riddled with COVID cases and their pass defense has been extremely weak all year, allowing almost 260 passing yards per game with 27 touchdowns allowed through the air.

He’s off the injury report and will do his best to torment the Eagles secondary tonight. He has yet to face them at all this season, but Philadelphia ranks 27th in DVOA against the opponent’s top wide receiver. Gilbert has a strong arm, so expect him to take some shots downfield and see if he can’t get a big touchdown to McLaurin and surprise the defense early in the game. Once the two connect, they should be able to build a decent rapport against a pass defense that ranks 24th in DVOA.

Washington has done a good job guarding the tight end this season, but with the loss of their safeties thanks to COVID, Goedert could be a strong play this week. Aside from Smith, there’s not a whole lot of trust being thrown around to the other pass-catchers, so that could enhance the target share for the man who lit up the Jets defense just before the bye week.

We were going to pivot to John Bates at the last minute, but Seals-Jones, who was dealing with a non-COVID illness, was able to put in a full practice on Monday and should be good to go. Despite seeing fewer snaps than Bates last week, Seals-Jones still had twice as many targets, so look for him to get the starting nod with the majority of looks once again. You just might even be able to get both in-play here as the Eagles do give up the most fantasy points to the tight end position and with Gilbert under center, he could lean heavily on them.

He could be a sneaky play tonight as Washington ranks just 22nd in DVOA against the slot receiver. Between the losses in the secondary and over the middle to their linebacker corps, the Football Team is going to have issues with Watkins’ speed and ability to add yards after the catch. If you think the Eagles go pass-heavy to expose the Washington shortcomings, he could be a nice dart to throw.

The Eagles secondary ranks 18th in DVOA against the slot receiver and should Washington fall behind early and focus more on the passing attack, Humphries should be a good guy for Gilbert to lean on. We’ve seen that before as rookie or inexperienced quarterbacks lean more on the short passes over the middle of the field. If that’s the case here, then Humphries is in-play.

Carter is best-used as a deep threat and should be able to help stretch the field for Gilbert when he needs it. He only sees a handful of targets on average, but did have a three-game stretch where he found the end zone three times. Given the quarterback situation, it’s not really known what his role will look like, but you have to take everything into account when your own quarterback is the unknown in the equation.

Given the struggles Washington has had with COVID, the fact that they’re going with a third-string quarterback and that they have 21 giveaways on the season, we’ll look to the Eagles as a sound defense to use this week. The Eagles have 13 takeaways and 21 sacks on the season so they’ll look to pad those numbers tonight if they can.

While Ricky Seals-Jones has seen more targets, you cannot ignore the fact that Bates has eaten into his snap count and could steal some targets. It’s a long shot, but you just never know.

He’s a longshot dart-throw at best as the drops really hurt his credibility with Hurts and the coaching staff. He did see seven targets just two games ago, so maybe the struggles of the Washington secondary make it a little easier for him? Again, just a dart-throw.