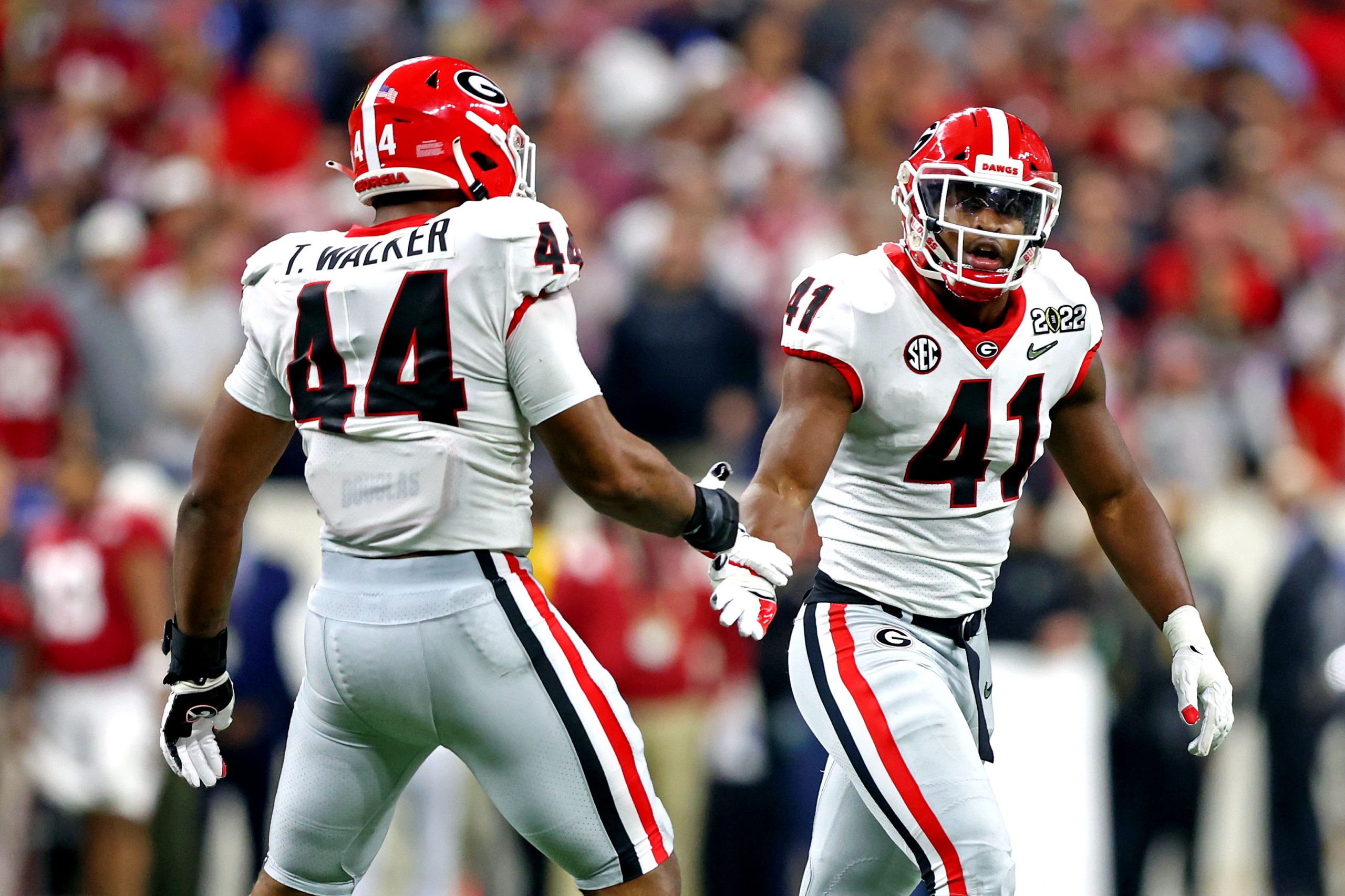 The 2022 NFL Draft is rapidly approaching, and with just a few days away we’ve had a major shakeup with the odds. For pretty much the entire process, Aidan Hutchinson has been the favorite to hear his name called when the Jaguars make the first overall pick. But not anymore. There’s a new favorite to be the top selection, and he goes by the name of Travon Walker. The Georgia star just surged into the top spot at pretty much every sportsbook, which was the culmination of a month-long climb up the ranks.

Before the first round gets underway from Las Vegas on Thursday, we will have a ton of draft content coming to get you primed. For example, I recently took a look at my three favorite early prop bets.

But for now let’s dive into the latest dramatic odds shift:

Early Monday morning Walker must have taken some serious money. Previously at FanDuel Hutchinson was -175 and Walker was +165, but in the blink of an eye that flipped to Walker -170/Hutchinson +150. The raw but physically gifted pass-rusher has gone shooting up draft boards recently, and his rise has been fascinating to watch.

Right around a month ago, you still could have gotten Walker at 20/1 to go first overall. Anybody who got a ticket a few weeks ago has to be feeling pretty good right now. Just a few days ago I wrote that I thought Hutchinson’s chances of going first were being overrated and that I’d recommend taking the over on his draft position of 1.5 at +165. That line is now long gone.

There had been a lot of smoke connecting Walker to the Jags that tipped me off. NFL.com’s Lance Zierlein is one of the most plugged-in guys out there this time of year, and he had Walker going first in his latest mock a couple of weeks ago. Then NFL Network’s Peter Schrager reported that he had heard whispers around the league that Walker fit the exact profile of prospects Jaguars GM Trent Baalke likes.

The Lions and Texans pick second and third, respectively, and are both rumored to be interested in pass-rushers — so Hutchinson probably won’t fall too far even if Walker does go first. There was also some more subtle odds movement for the first overall pick on Monday that didn’t involve either player.

It’s been talked about like a two-horse race for a while now, but that might not be the case. FanDuel quietly dropped Ikem Ekwonu from +1200 to +600. That would seem to suggest that the NC State offensive tackle is still very much in the mix. Whatever the case, it looks like we’re gearing up for a wild last few days. Buckle up….