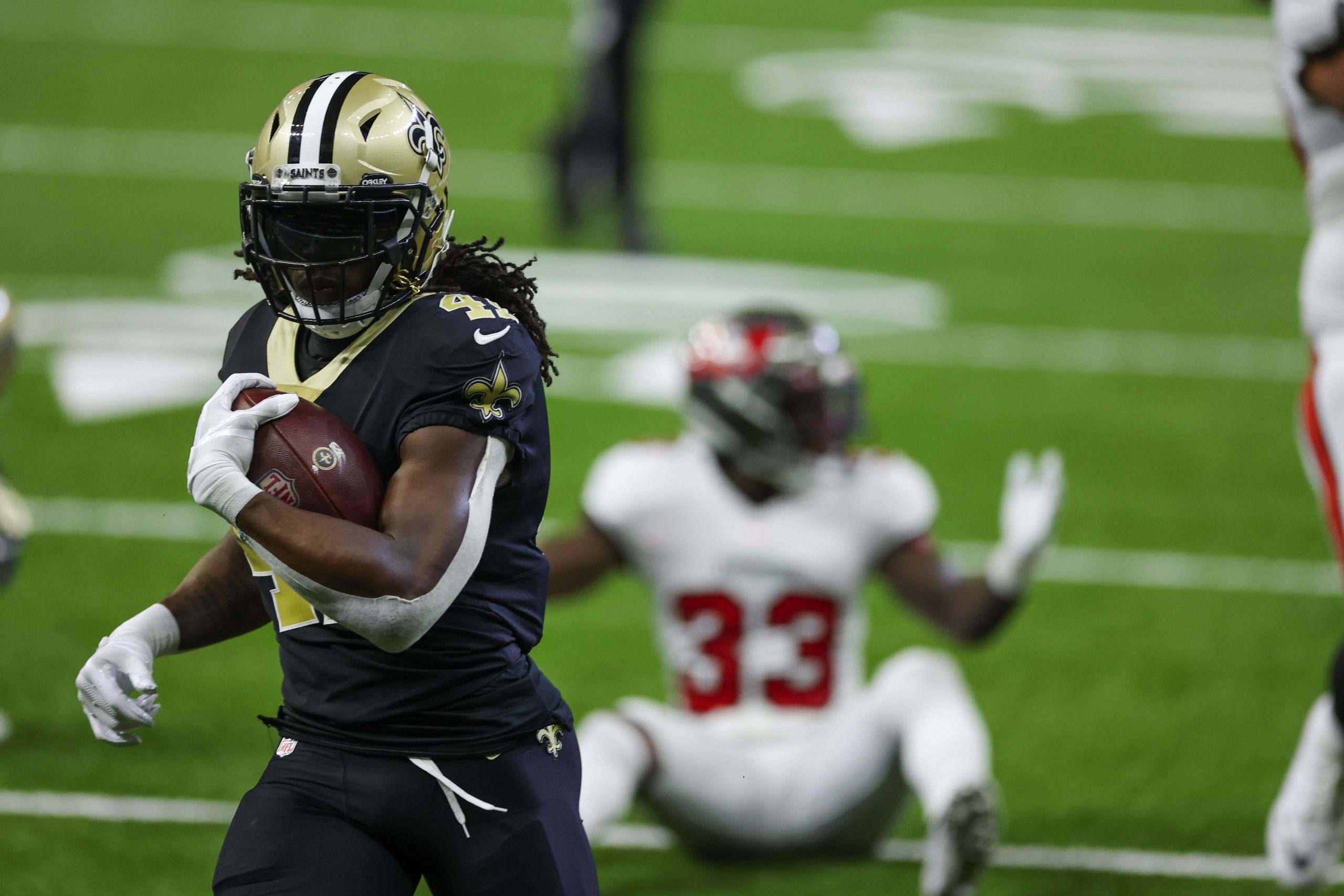 The fantasy football season has long since come and gone, which is all the more reason to try your hand at daily fantasy during the playoffs. Decisions won’t be easy with respect to the divisional-round showdown between two NFC South rivals—the New Orleans Saints and the Tampa Bay Buccaneers. After all, it is a game loaded with individual star power. We will do our best to make the perfect six-man lineup for Sunday’s proceedings, and be sure to check out our full game preview prediction on the side and total.

Resisting the temptation to give someone like Tom Brady, Drew Brees, or Alvin Kamara captain status will save some money in an effort to round out the squad. That being said, a bit of cost-cutting is not all that Godwin is good for. Salary cap aside, Godwin is simply a great choice here. The former University of Georgia star has been in outstanding form of late for the Buccaneers. His connection with Brady is firing on all cylinders, to the extent that he has scored touchdowns in four straight games (five in total during this stretch). Godwin torched Atlanta for 133 yards and two TDs in the regular-season finale and he caught five of 12 targets for 79 yards and a score during a 31-23 wild-card win over the Football Team. 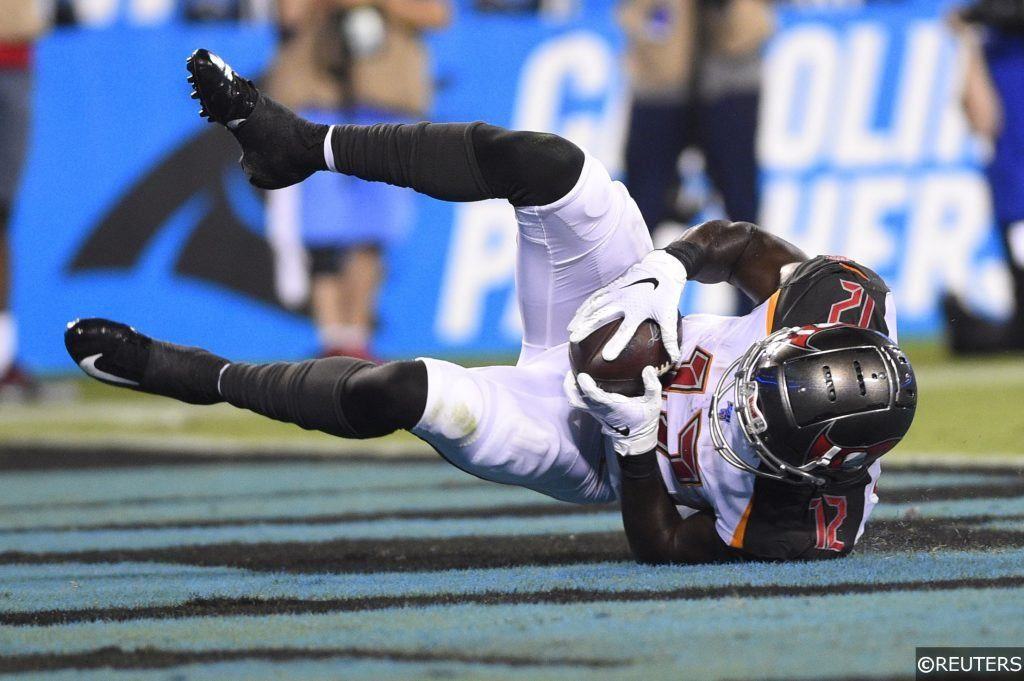 At 43 years old and playing against one of the best defenses in the league, Brady does not have to be an automatic lock for captaincy—not even with his relatively affordable price tag. But he does have to be on your roster (unless you are backing the Saints to win by 35 points again and want everyone in your lineup to hail from the home team; we certainly don’t advise that, for what it’s worth). In the last five outings, Brady has tossed 16 touchdown passes compared to just one interception. His four most recent yardage totals are 390, 348, 399, and 381. Last week against TWFT proved that the six-time Super Bowl champion’s barrage against bad defenses to end the regular season wasn’t just a result of playing against bad defenses. Right now, Brady can’t be stopped by anyone.

Is Kamara going to go crazy like he did on Christmas when he scored a record-setting six touchdowns at Minnesota’s expense? Not against this Tampa Bay defense, no. That being said, the Saints’ start running back is far too valuable to leave out of your lineup entirely. He scored 21 touchdowns during the regular season (16 rushing, five receiving) and has found the endzone at least once in seven of the last nine games—including in a 21-9 victory over Chicago on wild-card weekend. In two regular-season meetings with the Bucs, Kamara scored three total TDs.

Evans (knee) is listed as questionable, but you can be darn sure that he is much closer to being 100 percent than he is to not playing on Sunday. He will be on the field, and you should have no reservations about his ability to produce once he gets there. Evans recently recorded 181 yards and two touchdowns on 10 receptions (12 targets) in Week 16 against Detroit and then caught six of 10 targets for 110 yards against the Football Team last weekend. In Tampa Bay’s most recent matchup with New Orleans, the seven-year veteran out of Texas A&M had 64 yards–and that was on only six targets in a game that was over by halftime. This will be a much different kind of contest and Evans will likely rise to the occasion. 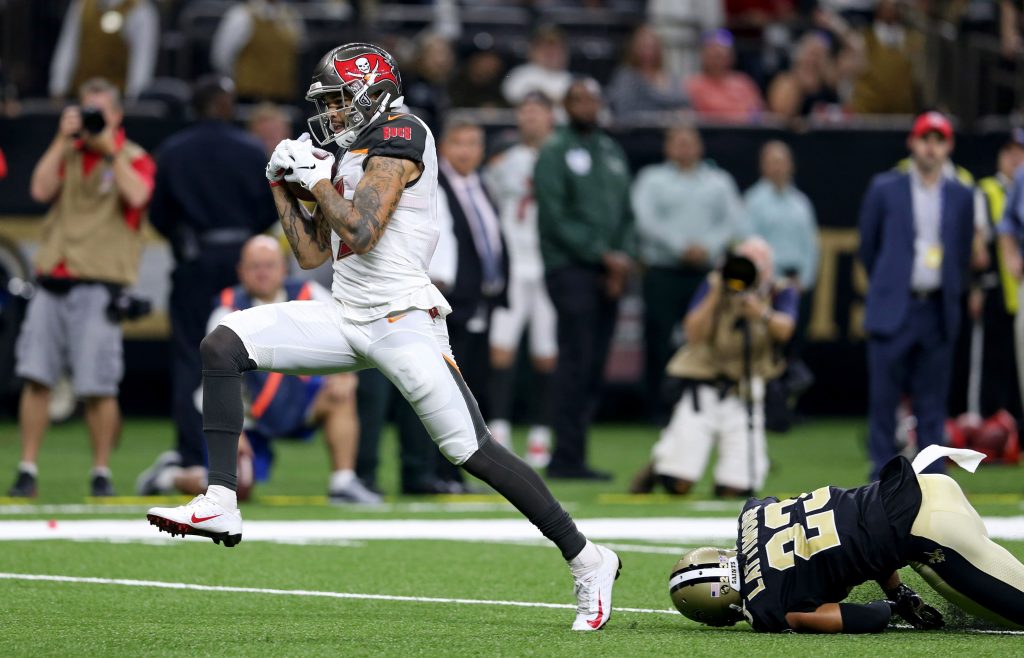 As someone who scored seven times during the regular season, Cook has good value at this modest price. Three of his touchdowns came in the last five weeks prior to the playoffs and he proceeded to tie his season-high in targets (seven) against the Bears this past week. Aside from the tough test in the form of Tampa Bay’s terrific defense, there is a lot to like about Cook.

In part because we have Godwin at captain, there is enough money left over here to get someone with legit point-production potential in our sixth and final slot. It was not Rob Gronkowski but Brate of all people who excelled at the tight-end position last weekend. The Harvard product caught four of six targets for 80 yards and his night would have been even better if a touchdown grab had not been overturned. Brady has complete trust in this guy…which means you should, too.