NFL playoffs futures: Who will win the AFC? 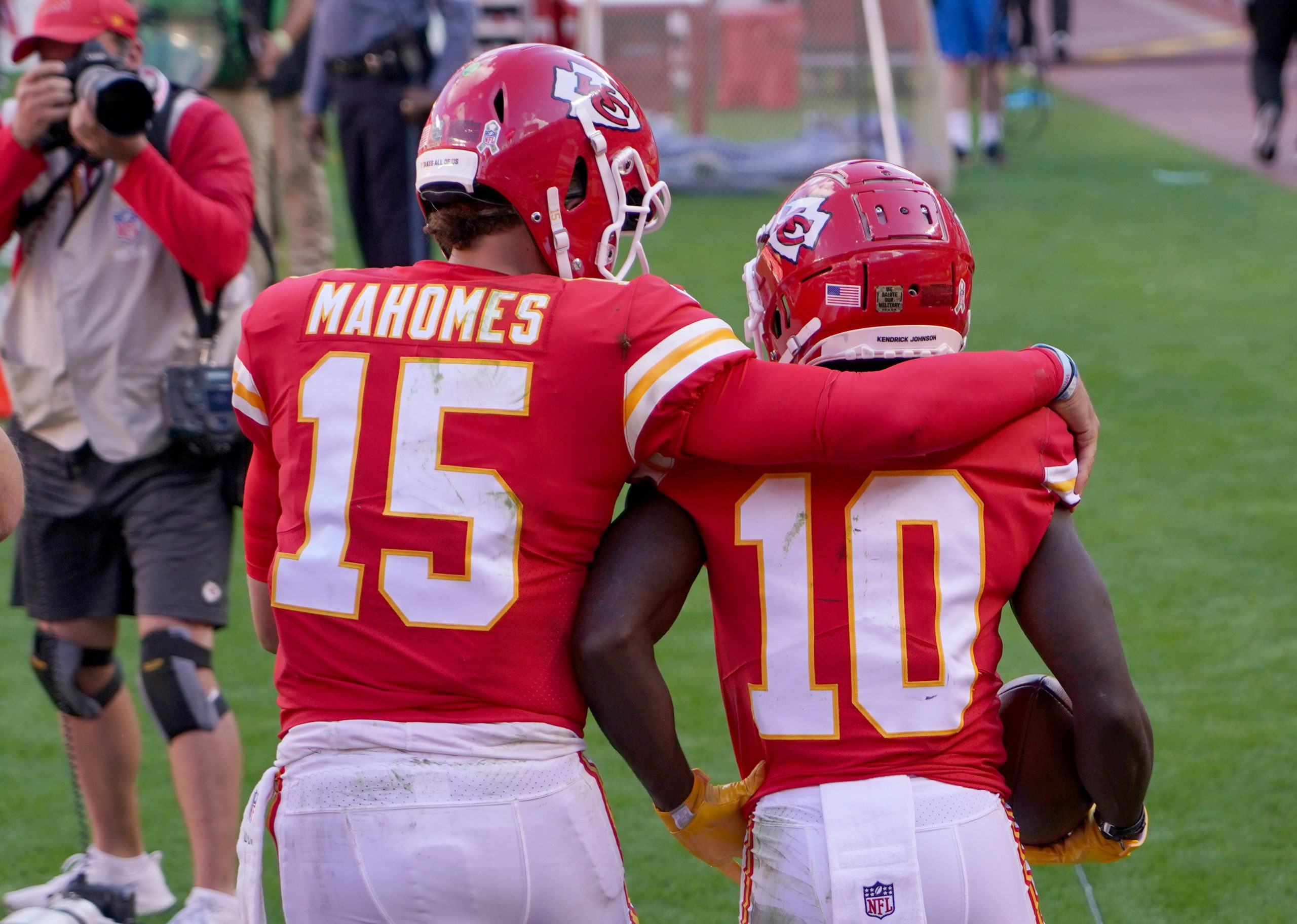 The NFL playoffs are finally here, and we’ll have a ton of great content all week on the site leading up to the big games. While you’re surely still holding on to a Super Bowl bet or two you made at the beginning of the season, the start of the playoffs can be a great time to reset and check out the futures market.

We’ve already broken down the NFC side of things with a couple of best bets, which you can read about here, but today we’ll be taking a look at the AFC playoff bracket, which on paper looks very exciting. Obviously, the Chiefs and Patrick Mahomes are looking to win back to back Super Bowls, and they’ve got the top seed in the conference and thus the only bye. The Bills and Josh Allen closed the season on fire, winning nine of their last ten games, and surely aren’t to be taken lightly. Even the three wild card teams, the Ravens, Colts, and Browns, are all dangerous, so no wins are going to come easily in this conference.

First let’s check out the odds to win the AFC, courtesy of DraftKings:

The Chiefs are virtually even money, which isn’t all that surprising considering how they cruised through the regular season. The Bills might be surging but they’re still nowhere near Kansas City at +350. The Browns are in disarray with their current COVID-19 outbreak, which explains why they are bring up the rear at 22/1. Let’s break down a couple of plays that make sense:

It might be boring, but I think the best bet here is the Chiefs at -115. They’ve got home-field advantage throughout the playoffs, and are also the only team that gets a bye, which gives them a massive edge on the entire field. No matter what, they’ll have a huge rest advantage over their beaten and bruised opponents. Kansas City will be a big favorite over whoever they play in the divisional round, so I think you can pretty safely pencil them into the AFC Championship Game. If it’s the Bills they meet there, I still like their chances.

Kansas City beat the Bills in Buffalo with relative ease earlier this year, and Josh Allen had one of his worst games of the season while averaging only 4.5 yards per attempt. Everybody knows how potent this Chiefs offense is, but their defense and secondary in particular quietly made major strides this year. They didn’t play their best ball down the stretch which has caused some people to panic, but that’s because they had the top seed more or less wrapped up and didn’t want to put too much on film for the playoffs. If it’s the Ravens they face, well we all know how that meeting went the first time. The Chiefs blew them out on the road on Monday Night Football.

If you’re looking to spice things up a bit and put down money on something in addition to the Chiefs, I think the Colts make some sense at 20/1. Indianapolis is being severely underrated, and this is a team that went 11-4 in their final 15 games with wins over quality teams like the Packers and Titans. They can hang tough with any team, and if there were ever a year for a low seed to make a run due to the diminished home-field advantage, it’s this one.

Unlike most teams, the Colts are pretty well-rounded, and they don’t have any one glaring weakness to attack. Philip Rivers and the offense played really well down the stretch, and the defense gives up the second-fewest yards per carry in the league at 3.7, so you can’t run on them. I give them a better than five percent chance to win three games in a row, and five percent is all we need for this bet to have value from a numbers perspective.

Be sure to check out our picks on the side and total for every NFL playoffs Wild Card Weekend game by heading over to our NFL Picks page.