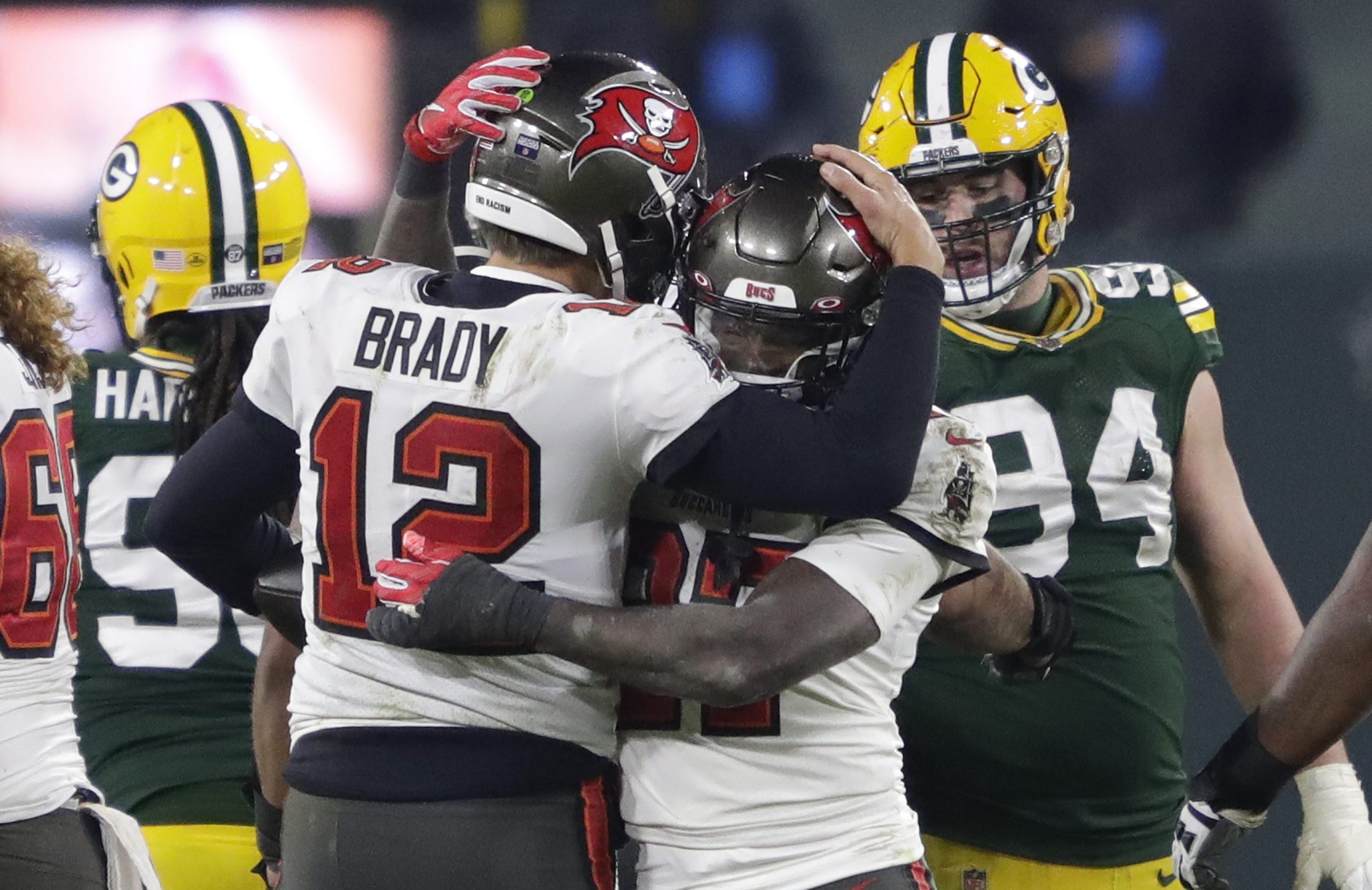 Don’t let the debacle that was the last three minutes of Sunday’s NFC Championship game blind you from the following fact: the Tampa Bay Buccaneers were just better than the Green Bay Packers. And…the Bucs just are better than the Packers.

Unlike in the regular-season meeting between these two teams, which Tampa Bay dominated 38-10 at home in Week 6, Green Bay at least had a chance in this one. Although the Packers were outclassed most of the way and trailed by as many as 18 points early in the third quarter, they battled back and had the ball in a one-possession game late in the fourth quarter. Nonetheless, Aaron Rodgers and company came up short and the Bucs prevailed 31-26 to send Tom Brady to a 10th Super Bowl.

How on Earth did the Bucs win even though Brady threw three interceptions? The mere premise of that question is hard to fathom, but the answer is simple: they are just the better, more complete team. The Packers were also going to have a quarterback advantage with the soon-to-be NFL MVP Rodgers facing a 43-year-old. But they did not have an advantage anywhere else on the field.

Unsurprisingly, getting pressure on Rodgers was absolutely crucial to the visitors’ effort. They recorded five sacks, three by Shaquil Barrett and two by Jason Pierre-Paul. Many of them came at critical junctures and were a big reason why Green Bay was a modest 8-for-14 on third down. Also unsurprising is that the Packers were unable to run the football against Tampa Bay’s top-ranked rushing defense. They finished with only 67 yards on 16 attempts. Although the Bucs couldn’t really run the ball either (76 yards on 24 carries), Leonard Fournette delivered an incredible 20-yard touchdown run early in the second quarter that put his team ahead 14-7. From then on the Fournette threat kept Green Bay’s defense honest and helped Brady complete 20 of 36 passes for 280 yards and three TDs while being sacked only once.

A spin move and broken tackle by Leonard Fournette puts Tampa back on top! #NFLPlayoffs #GoBucs

Partly because the Packers were forced to punt immediately following two of Brady’s three interceptions, they still found themselves trailing by eight points late in the fourth quarter. Needing a touchdown and two-point conversion to tie, Rodgers threw three straight incomplete passes from inside Tampa Bay’s 10-yard line to set up 4th-and-goal from the eight with two minutes and 15 seconds left.

A field goal there would make sense only if three points were going to cut your deficit to three. But in this case it would only cut the deficit to six. In other words, the Packers needed a touchdown; even if they kicked a field goal, they would still need a touchdown! Moreover, a field goal would also only make sense if you were kicking off to some unproven quarterback playing in his first conference championship game. But in this case, of course, the Packers were kicking off to nine-time Super Bowl participant, six-time Super Bowl champion, and four-time Super Bowl MVP Tom Brady.

“It wasn’t my decision.”

Aaron Rodgers on Packers coach Matt LaFleur deciding to kick a field goal on 4th down late in the 4th quarter.

In the end, head coach Matt LaFleur got what he deserved for the field goal. Brady and the Bucs promptly ran out the remaining two minutes and five seconds. No matter that the clinching first down came on a questionable pass interference call; the Packers had already sealed their own fate with the field goal. They have nothing to complain about…other than their own coaching staff.

With that, the Bucs won their third consecutive playoff road game. They won’t have to win another one. That’s right; the Tampa Bay Buccaneers will be the first team to play in a Super Bowl at home.