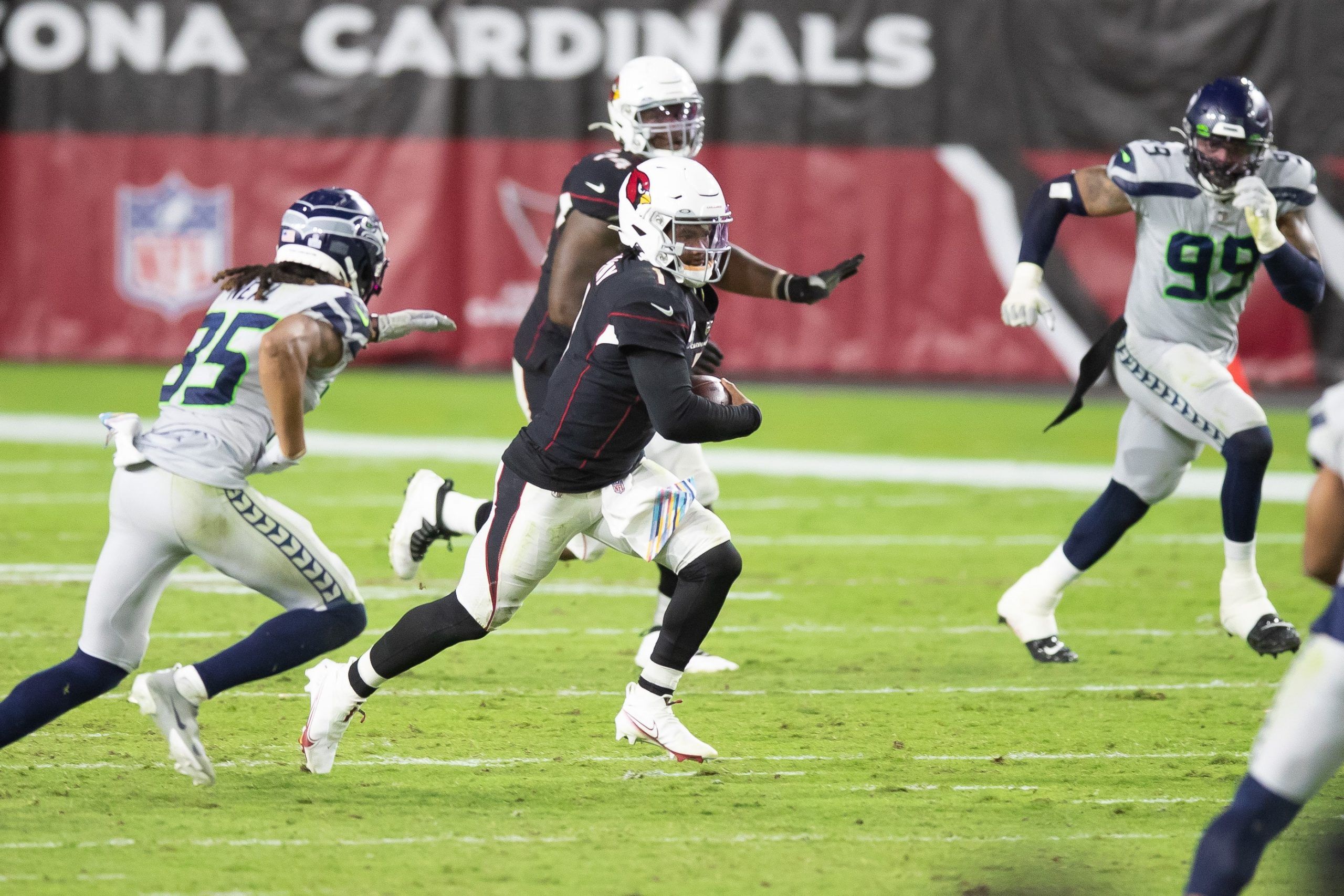 I'm an editor here at Pickswise who was raised in a household full of sports fanatics. Since I unfortunately never had LeBron James' jumping ability I wasn't able to make it to the NBA, and chose writing about sports as the next best thing. An avid sports bettor myself, I'm excited to get to write about the industry as it gets set to take off across the country. Buckle up.
Updated: 4:09 AM ET November 19, 2020

Week 11 will get underway here, with the Seattle Seahawks hosting the Arizona Cardinals in a game with massive implications for the NFC West. Whoever wins this one will emerge in first place in the division. The Seahawks have slumped a bit following a red-hot start, losing three of their last four. The Cardinals on the other hand are riding high off their thrilling last-second victory over the Bills.

While the side and total will understandably attract a lot of attention, and you can read our picks on those here in our full game preview, there’s plenty of value on props as well. With that in mind, there are two player props that we love for this Thursday Night Football game:

This total is surprisingly low. Murray has reached at least 61 rushing yards in seven of his nine games this year, so I don’t understand how you could possibly take the under here. He has a run of 28 yards in each of his past two, so he could easily eclipse this total in just a couple of rush attempts. He’s rushing way more than he was last year, but oddsmakers haven’t caught up yet.

Kliff Kingsbury has been scheming up a bunch of designed runs for him lately, and I think that will only increase as it’s been so successful. The Seahawks don’t have much of a pass-rush either, so Murray will have plenty of time to dance around in the pocket and eventually take off on plays that aren’t designed runs. He had 106 rushing yards two games ago, and it wouldn’t shock me if he hit triple digits again here.

I also think oddsmakers are being a bit too conservative with this one. Metcalf had a bad game when these teams first met, as he was limited to only two catches for 23 yards, and they aren’t going to be able to shut him down twice in a row. Seeing as how Seattle lost that game, I’m sure they’ll make getting Metcalf the ball more of a priority here. Metcalf has reached at least 92 yards in seven of his nine games this year, so I don’t have any qualms about going over a total this high.

It looks like the Seahawks will be without lead running back Chris Carson here, which means they’ll be leaning even more heavily on the passing attack and Metcalf should get a few extra looks. Arizona’s secondary is very exploitable, and they just gave up at least 93 yards to both Stefon Diggs and Cole Beasley last week. Metcalf should have a huge game.