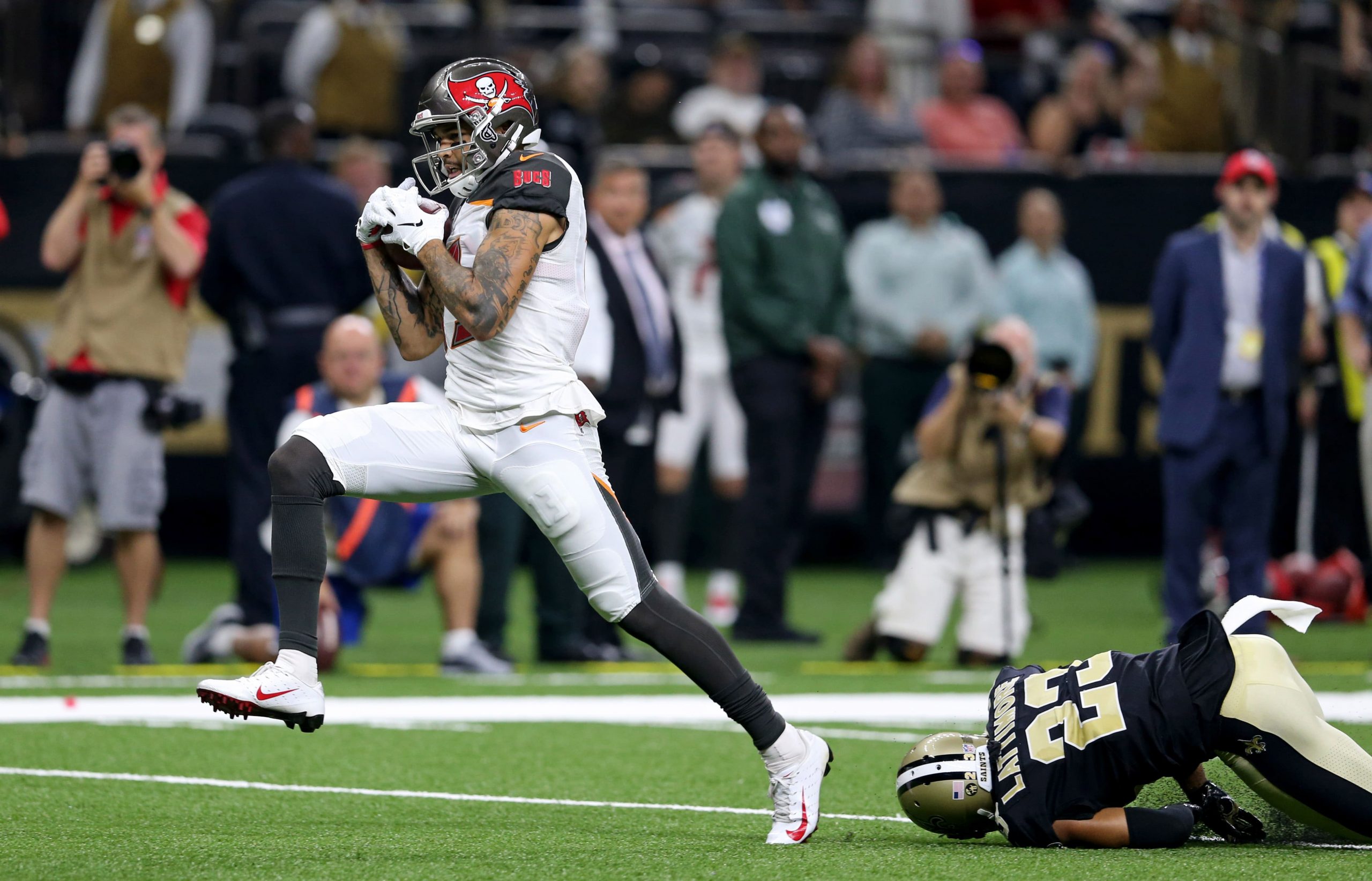 The divisional round of the 2020-21 NFL playoffs will wrap up with a popcorn-worthy NFC South showdown between the New Orleans Saints and the Tampa Bay Buccaneers on Sunday evening. New Orleans swept the regular-season series and will therefore be looking to go 3-0 against Bucs—never an easy task against any opponent…especially not at the expense of six-time Super Bowl champion Tom Brady. It’s not like this matchup needs any extra juice to it, but why not spice it up even more with a same game parlay? Let’s take a look at the best such option for Bucs-Saints, and be sure to check out our full preview of the game for picks on the side and total.

The value—or at least some of the value—in a same game parlay is that all of its components can be correlated if you so choose. That is part of the plan for this particular play. We feel good about the Bucs getting over the hump in this head-to-head matchup, and the chances of that happening obviously improve if Mike Evans has a big game and fellow wideout Chris Godwin finds the endzone at least once. Meanwhile, the payout for a same game parlay is driven up to a greater extent when one or more of the legs are not correlated. That is the case with New Orleans running back Alvin Kamara being tipped to deliver a productive performance.

It is true that New Orleans humiliated Tampa Bay 38-3 in the most recent meeting, but these just aren’t the same Bucs that were on display back in early November. They have won five games in a row and have outscored opponents by a combined 81 points during this stretch; that’s 16.2 points per game in case you’re wondering. The Bucs have exceeded the 30-point mark in four of their last five, even against a daunting Washington defense last weekend. Brady has 16 touchdown passes compared to only one interception during the winning streak. The Saints really haven’t been the same since Drew Brees’ rib injury in Week 10. They have lost only twice since then, but they haven’t defeated anyone with a winning record since that Week 9 victory over Tampa Bay. In the playoffs, give me a red-hot Brady over a close-to-retirement Brees any day of the week. And there is good value on the money line at +142 rather than taking the three points. 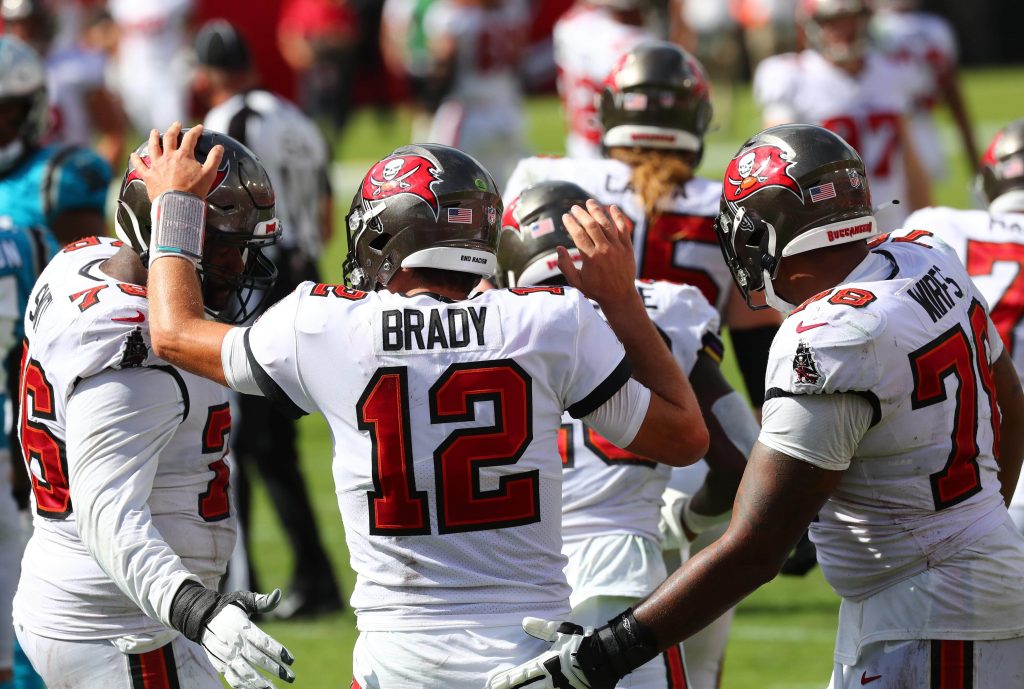 As usual, Evans is listed as questionable because of a knee injury. However, it is clear that he will be playing this weekend and it looks like he is even trending toward being 100 percent. The seven-year veteran is Brady’s favorite target when healthy, as he racked up 181 yards and two touchdowns on 10 receptions (12 targets) in Week 16 against Detroit and then caught six of 10 targets for 110 yards against the Football Team. Evans had 64 yards in the previous head-to-head matchup and that was on only six targets…and in a 38-3 laugher. In what will be a much more competitive and important contest, he could exceed this quota with relative ease.

Kamara’s receiving numbers started to take a dive when Brees went down and was replaced by Taysom Hill. Of course, that’s why you can get this prop bet at a low number. Kamara surpassed Sunday’s quota in the first seven games of the season and has done so 10 times overall this year. He can definitely do it again, especially against a ferocious defensive line that will put pressure on Brees and force him to get rid of the ball quickly. Dump passes to Kamara could be prevalent. Plus, in the biggest game of the season you want the ball in the hands of your best player as much as possible. 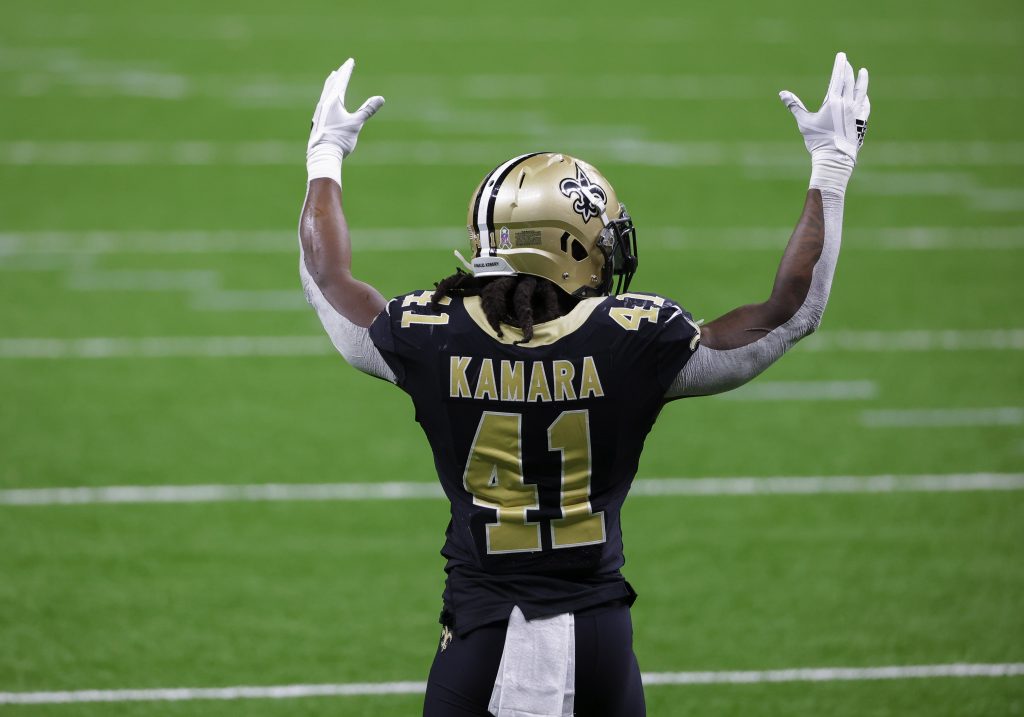 We rolled with Godwin—successfully—in our anytime touchdown scorer prop bets for wild-card weekend, and we are sticking with him this time around. Thus I feel great about including the same bet in this same game parlay. Godwin has scored in four consecutive contests (including twice in Tampa Bay’s regular-season finale against Atlanta), so there is obviously good value here. If the former Georgia standout could find the endzone against a stellar Football Team defense, there is no reason why he can’t do the same against the Saints. Also encouraging is the fact that Brady targeted Godwin 12 times against Washington.