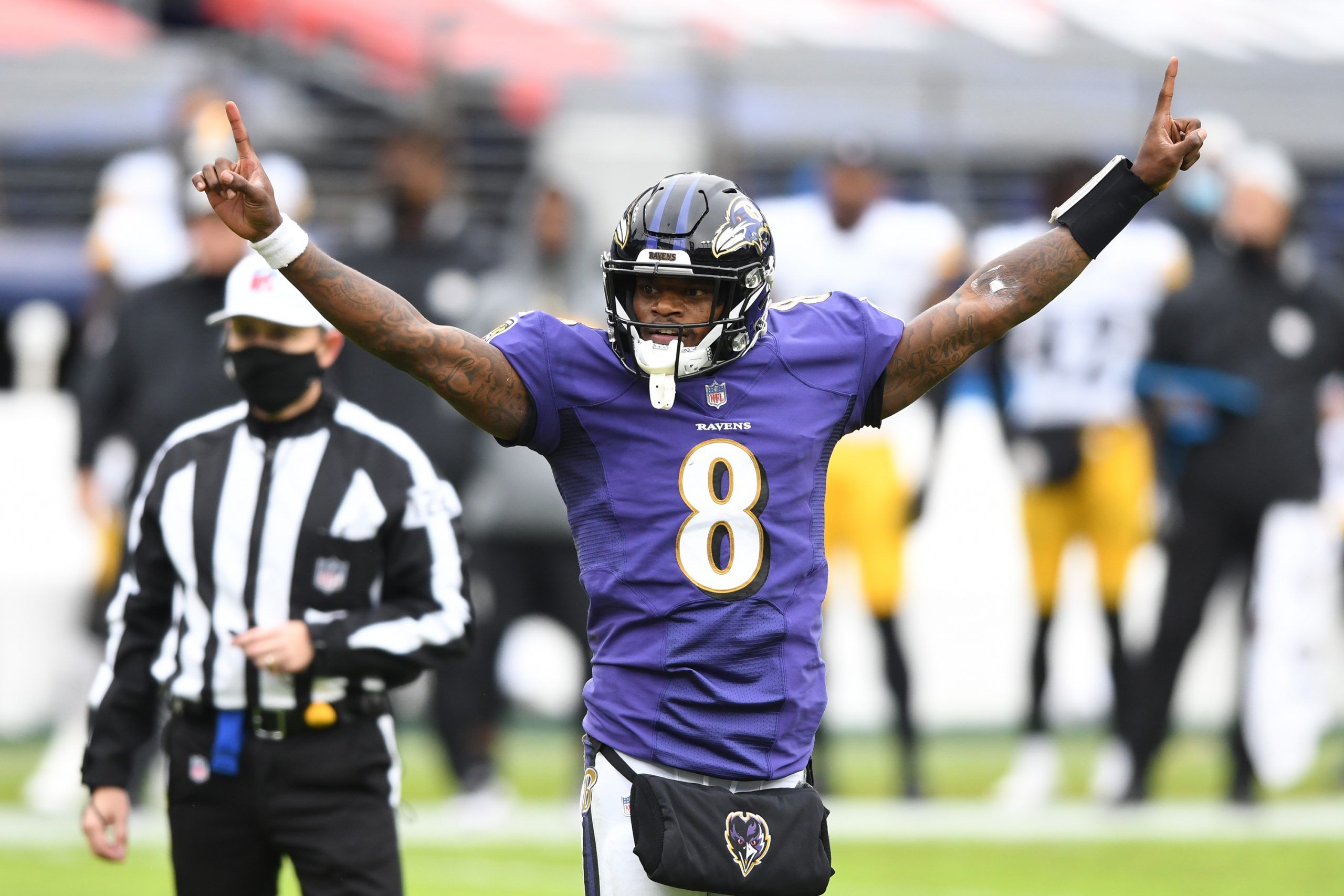 The Patriots were nearly embarrassed by the Jets on Monday Night Football earlier in the week, and now they play host to one of the best teams in the conference. Baltimore handed the Patriots a 37-20 loss in the playoffs last year, and Bill Belichick will be looking for revenge. This should be a good one, featuring two of the best coaches in the National Football League.

A same game parlay with FanDuel or PointsBet offers bettors the chance for a huge payout and enhances the excitement of this high-stakes matchup. You can check out our full preview of the game, which features picks on the side and total, as well as our other picks for Week 10.

A few of these picks are highly correlated and follow the game script we’re expecting – a Ravens win in a high scoring game.

A three-star play for me in our game preview since the Patriots defense ranks 30th against the pass and 31st against the run. The Ravens will be able to move the ball however they want. They put up 37 points last year against a much more talented defense. They could clear this total on their own on Sunday. The Ravens also have some injuries on defense. They have four corners on IR (Khalil Dorsey, Tavon Young, Anthony Averett, and Iman Marshall). They had to sign veteran Tramon Williams on Tuesday to provide some depth at corner. Calais Campbell is also set to miss multiple weeks with a calf strain, and Jimmy Smith is doubtful with an ankle injury and hasn’t practiced all week.

A continuation of the point above, I’m expecting the Ravens to put up points, and they’ll do that by putting the ball in Lamar’s hands. The Ravens are a run-first team and rank fifth in rushing offense efficiency. Jackson has cleared this yardage in his last three games and six of eight games this year. He has also seen an increased workload over the last three games with 38 rushing attempts, which has resulted in 231 yards rushing.

Mark Ingram practiced in full on Friday, so check the inactive report 90 minutes before kick-off. Edwards did score against the Eagles in Week 6 when Ingram was healthy and has been effective while Ingram has been out, though. He’s had multiple Red Zone rushing attempts in weeks 6, 8, and 9 (bye in week 7) and found the end zone in three straight games. Even if Ingram is healthy, I expect Edwards to get opportunities in the game. If you feel more comfortable swapping for Ingram, he’s actually better odds at +200 right now.

I’m bringing this back with Cam Newton to score a touchdown. New England needs to put up points if they want to have a shot at winning this ball game. They aren’t going to be able to rely on their defense to keep it close. The Ravens give up 4.5 yards attempt per carry, and the New England offense ranks fifth in offensive rush efficiency. Cam scored two touchdowns on Monday Night Football and has eight on the season. He’s found the end zone in six of eight games this year.