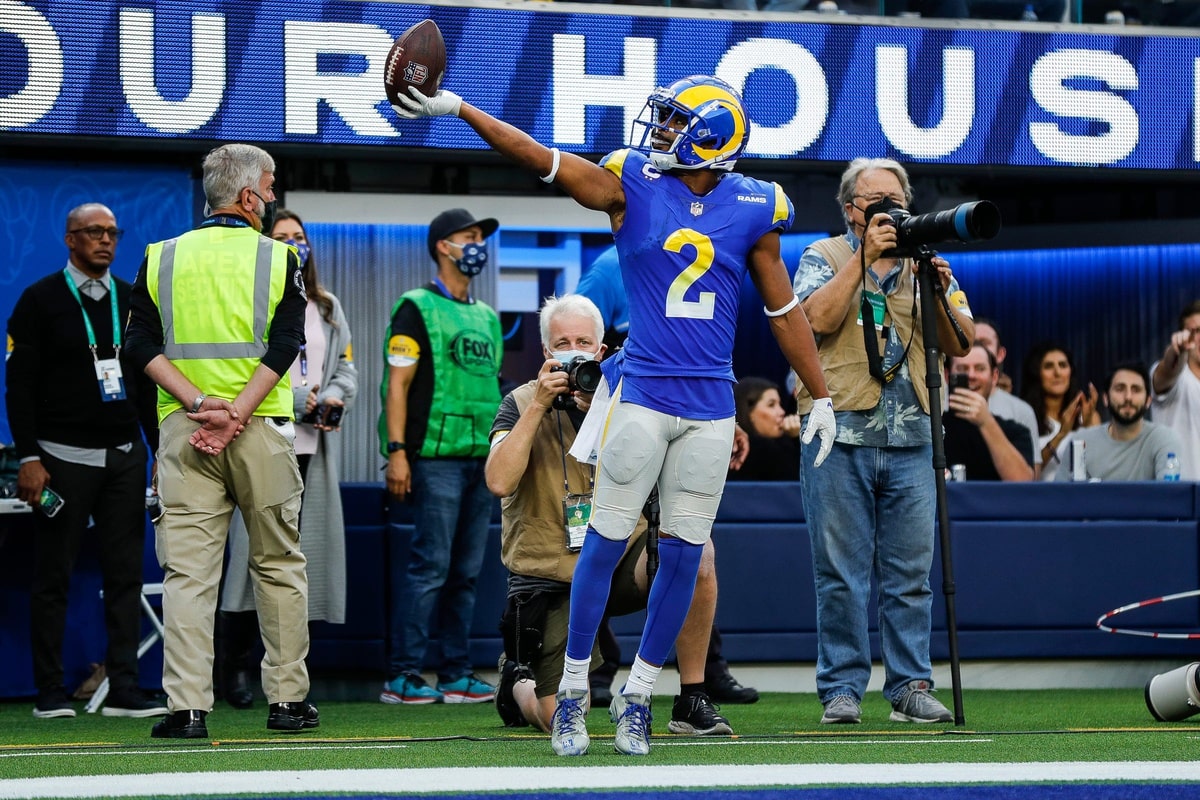 Sunday Night Football was being billed as a potential Super Bowl preview before Derrick Henry’s injury, but it remains a good contest as the 6-2 Tennessee Titans, travel to Los Angeles to face the 7-1 Rams.

Tennessee moved to the top of the AFC standings with a 34-31 victory over the Colts last week. However, the win came at a cost with rushing king Henry suffering a foot injury that could keep him out for the year. Life without Henry certainly won’t be the same and they face a tough first game without him against the Rams.

Sean McVay’s side moved to 7-1 by knocking off the Houston Texans in Week 8 and then made the splashiest move of the trade deadline by bringing in Von Miller. Is the eight-time Pro Bowler the player the Rams need to push them over the top in their Super Bowl bid? We might get some idea on Sunday night.

You can read our full preview of Tennessee Titans vs Los Angeles Rams here, while we have also put together a same game parlay for the game:

The Rams have failed to cover big spreads in the last 2 weeks against the Lions and Texans but have played within themselves on each occasion. This total seems far more manageable, while LA will want to shine playing in the spotlight of Sunday Night Football.

The offense continues to purr with head coach Sean McVay and quarterback Matthew Stafford in sync. Stafford is enjoying his best-ever year for touchdowns and quarterback rating in a unit that ranks No. 1 in total offense (DVOA). No one has come close to matching Cooper Kupp’s exploits this year, the wideout sitting over 100 yards clear of Deebo Samuel at the top of the NFL’s receiving yards list.

The offense is scoring 30.6 points per game on average and can put points on the board fast, averaging a league-best 6.5 yards per play. Keeping this offense under control has been managed only by the Cardinals this season and even with the Titans defense having improved, it’s doubtful they can keep them quiet.

Aside from how to keep the Rams under wraps, the other big question facing the Titans is what kind of game are they going to call on offense? Without Henry, there will be more of an emphasis on Ryan Tannehill and the passing game, which is averaging 251.9 yards per game. AJ Brown has been clutch for Tennessee the last 2 weeks but he needs help and it is unclear whether Julio Jones will be fully fit for this game. The Titans have some nice pieces on offense but it may not be enough to stop the Rams from securing a wide-margin win.

Kupp’s success in this offense has been well documented this season but he’s seen his target share eaten into recently by Robert Woods. Kupp and Woods had previously been 1A and 1B in this Rams offense entering the season but Kupp has dominated the majority of games.

However, in 2 of the last 4 games, Woods has had as many or more targets than Kupp with each getting 9 targets in the Week 8 win over the Texans. While Kupp did more with his targets (7 receptions, 115 yards, 1 touchdown) than Woods (3 receptions, 35 yards, 1 touchdown), there’s the potential for both men to have big games against the Titans.

No team has given up more receiving yards to wide receivers than Tennessee this year (1728) with opposition players regularly putting up 80 yards. The Colts’ Michael Pittman Jr had 86 yards last week, while the Bills had 3 receivers with over 80 yards in their Week 6 clash with the Titans.

No team had more sacks in the NFL this year than the Rams and that was before they added Von Miller to the defense this week. LA’s pass rush is now a scary sight to behold and one that could give a slightly below-average Titans offensive line big issues. Without the threat of Henry, the Rams could bring the heat on a regular basis, leaving Tannehill scrambling.

The Titans quarterback had been escaping the pocket and dashing upfield on a regular basis early on in the season before deciding to give his legs a break. He then returned to his old ways against the Colts as he rushed for 26 yards and it’s worth banking on him showing off his scrambling skills once more with Henry gone.