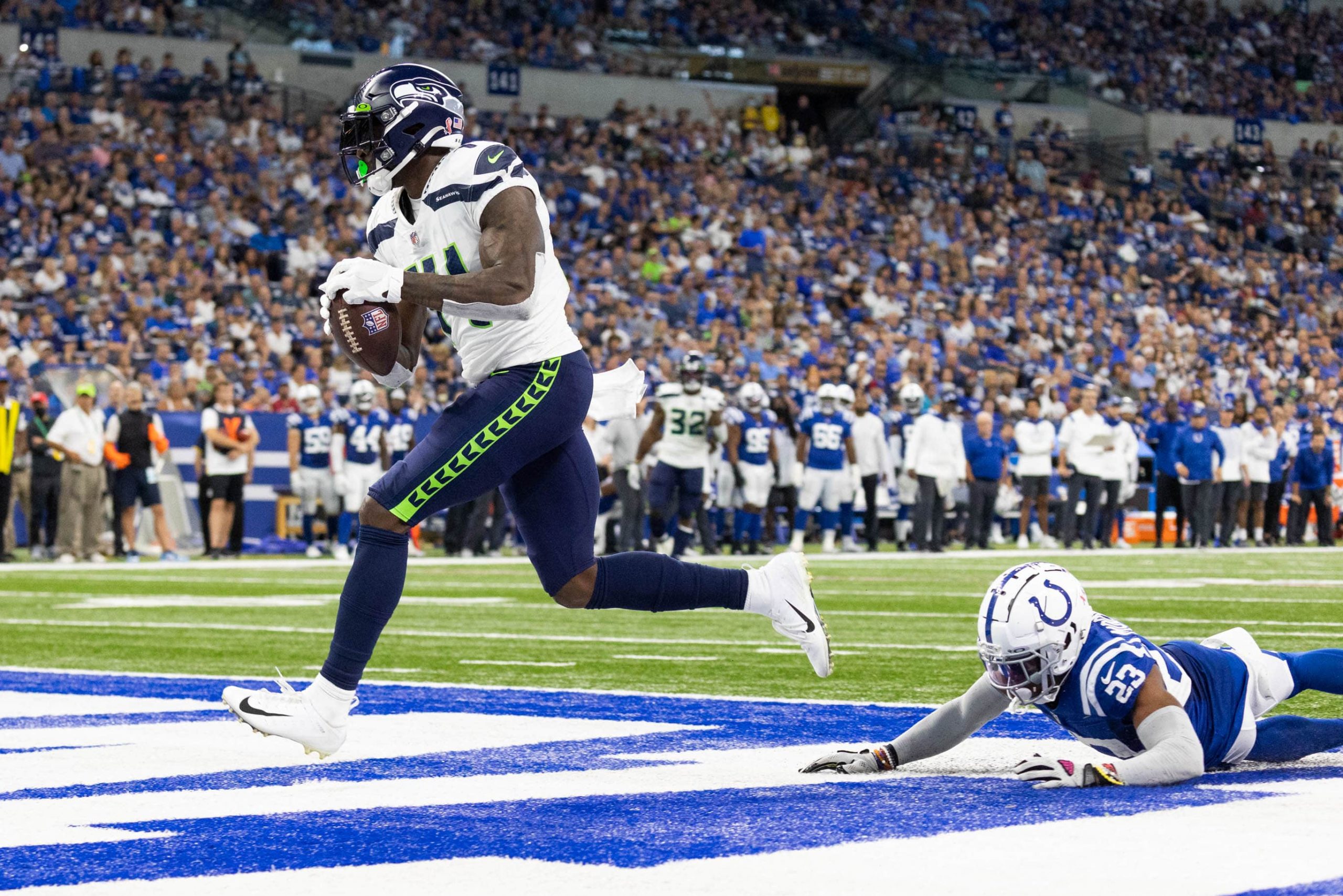 Tennessee’s visit to Seattle is one of the most attractive games on the Week 2 NFL slate. Both teams came into the season expected to be at the forefront of the chase for playoff places, but they experienced contrasting fortunes in Week 1. The Seahawks scored a valuable road win at Indianapolis, while the Titans slumped at home against Arizona and they will be on a recovery mission in the harsh environment at Lumen Field.

We’ve put together a 4-leg same game parlay that pays +1950 odds with FanDuel Sportsbook. Let’s check it out.

All these picks swing in the same direction of another strong game for Seattle, taking the Seahawks on the spread and receiving yardage overs of Seahawks wide receiver DK Metcalf and tight end Gerald Everett–with Everett also tipped to find the endzone. Even so, the payout is pretty good!

This line opened at Seattle -3.5 and was at -4.5 when our main game preview was written earlier this week. It has continued to climb, but while it remains less than a converted touchdown the Seahawks look to be the side to take. Tennessee’s surprisingly poor effort at home against Arizona was one of the most disappointing performances of Week 1 and a noisy Lumen Field is not the place they would have chosen to try to work through their early problems. The Titans were the subject of huge preseason buzz following the trade for wide receiver Julio Jones, but they were taken apart on their own field by a lively Cardinals team–with all the points in their 38-13 loss scored in the first 3 quarters. The Titans’ o-line was breached time and again by Chandler Jones, who had 5 sacks. Derrick Henry was limited to just 58 yards on 17 carries and QB Ryan Tannehill lost 2 fumbles on strip sacks and threw a pick.

Metcalf was relatively quiet in the Colts game but still scored a touchdown, catching 4 passes for 60 yards. No Seahawks receiver finished with more than 5 targets, but Russell Wilson could have his cook book out this week after Kyler Murray toyed with the Titans defense. Cardinals receivers DeAndre Hopkins, Christian Kirk, and Rondale Moore all had 68 or more receiving yards and Metcalf could prove just too big and too fast for the struggling Tennessee defense.

We’ll deal with these two legs together as they concern the same player. The story through the summer was that the former Rams tight end would be a big player for the Seahawks this year and that looks to be the case, even though he had only 2 catches on 2 targets for 20 yards and a touchdown in the opener. Getting on the scoreboard in Indianapolis should be a boost for Everett’s confidence and Wilson’s faith in him, and it’s noticeable that there is barely a Titans linebacker who is not mentioned in some way on their injury report this week. Everett could run free often against a patched-up unit that hasn’t looked reliable even at full strength. That should get him the yardage, and in red-zone situations defenses also have to account for Metcalf, Tyler Lockett, and RB Chris Carson–making Everett a prime candidate to add to his TD tally.