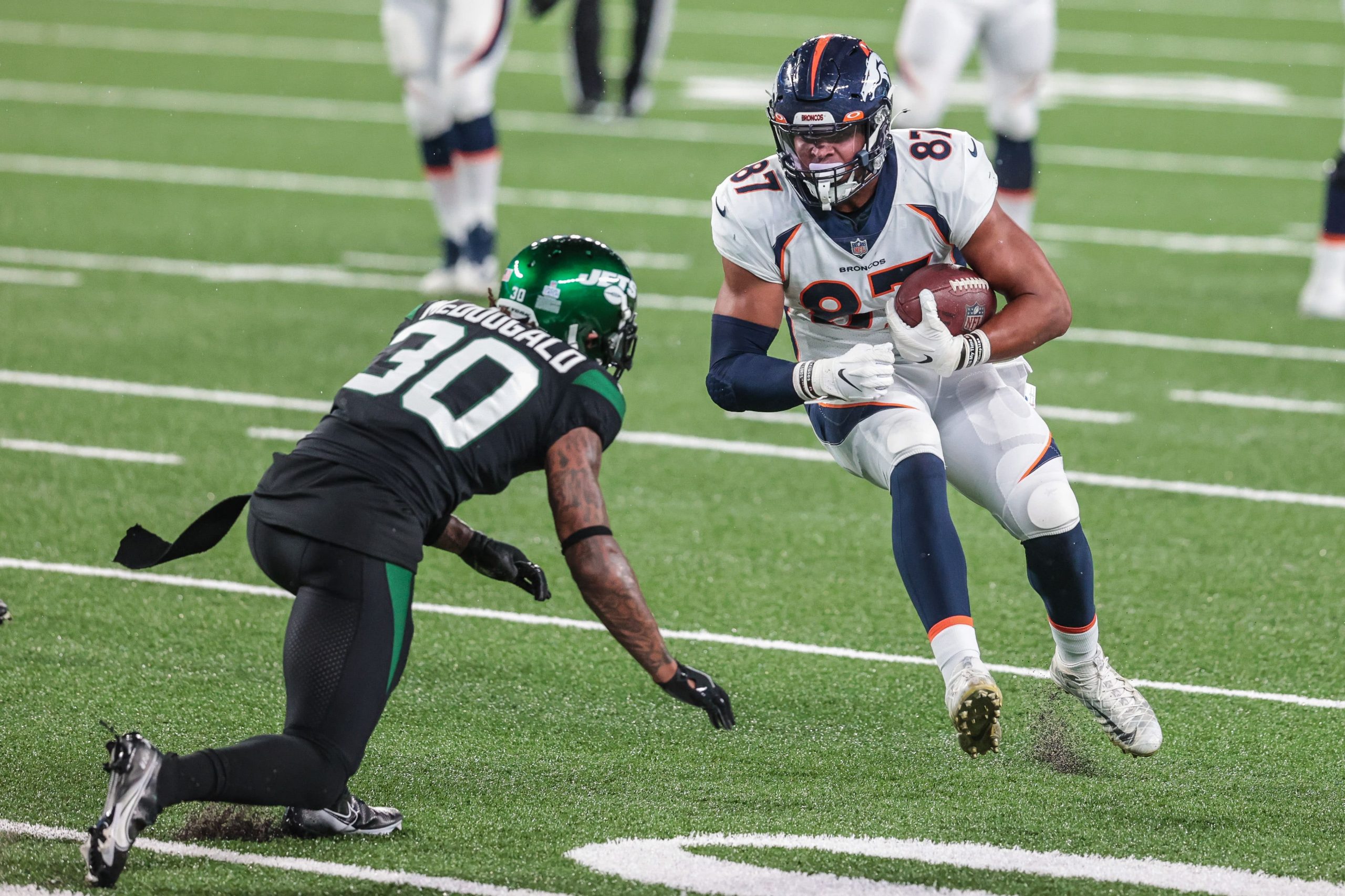 The Denver Broncos and New York Giants managed just 11 wins between them last season but both teams are hoping for better this time around. Player prop lines were slow to appear for this game with doubts over players including Giants running back Saquon Barkley, but the odds are posted now so let’s pick out some to put together in a parlay.

We have a 3-leg same game parlay that pays +657 odds with FanDuel Sportsbook. Let’s check it out.

This looks slightly contradictory at first because we’re taking the Giants on the spread (even though they don’t need to win) along with two overs on Broncos player props. But really both the individual markets are fairly irrelevant to the overall result and could happen with either side winning the game or losing by a good amount.

Let’s explain the thinking behind each leg.

As noted in our main preview of the game, the Giants could take a number of positives from their performances in 2020. They claimed some decent scalps, including beating NFC East champions Washington twice and overcoming the Seahawks, while they also pushed the Super Bowl-winning Buccaneers to the limit. Their defense was improved and their offense is boosted by Barkley’s return. Denver has the potential to be greatly improved this season too, but maybe not on the road in their first game with a new quarterback.

Noah Fant’s true talent may have been hidden from the NFL by the shaky QB play Denver has provided him with in the first 2 seasons of his career. And a line of less than 40 yards looks something of a steal. The talented tight end has posted 562 and 673 yards totals so far, but has the potential to lift those numbers much higher in an injury-free year with a more successful offense. Fant topped 40 yards in 10 of his 14 full games last season and should not need many successful receptions to cash the over.

Quarterback rushing-yardage overs are not necessarily good news for the offense, even when they help to move the chains. QB rushing yards, unless designed runs, are likely a product of receivers not being open or defensive linemen breaking the pocket and causing the passer to take off. Bridgewater moves well enough to do that if the NY defense comes at him and he went over this mark in 8 of his 15 games for Carolina last season.