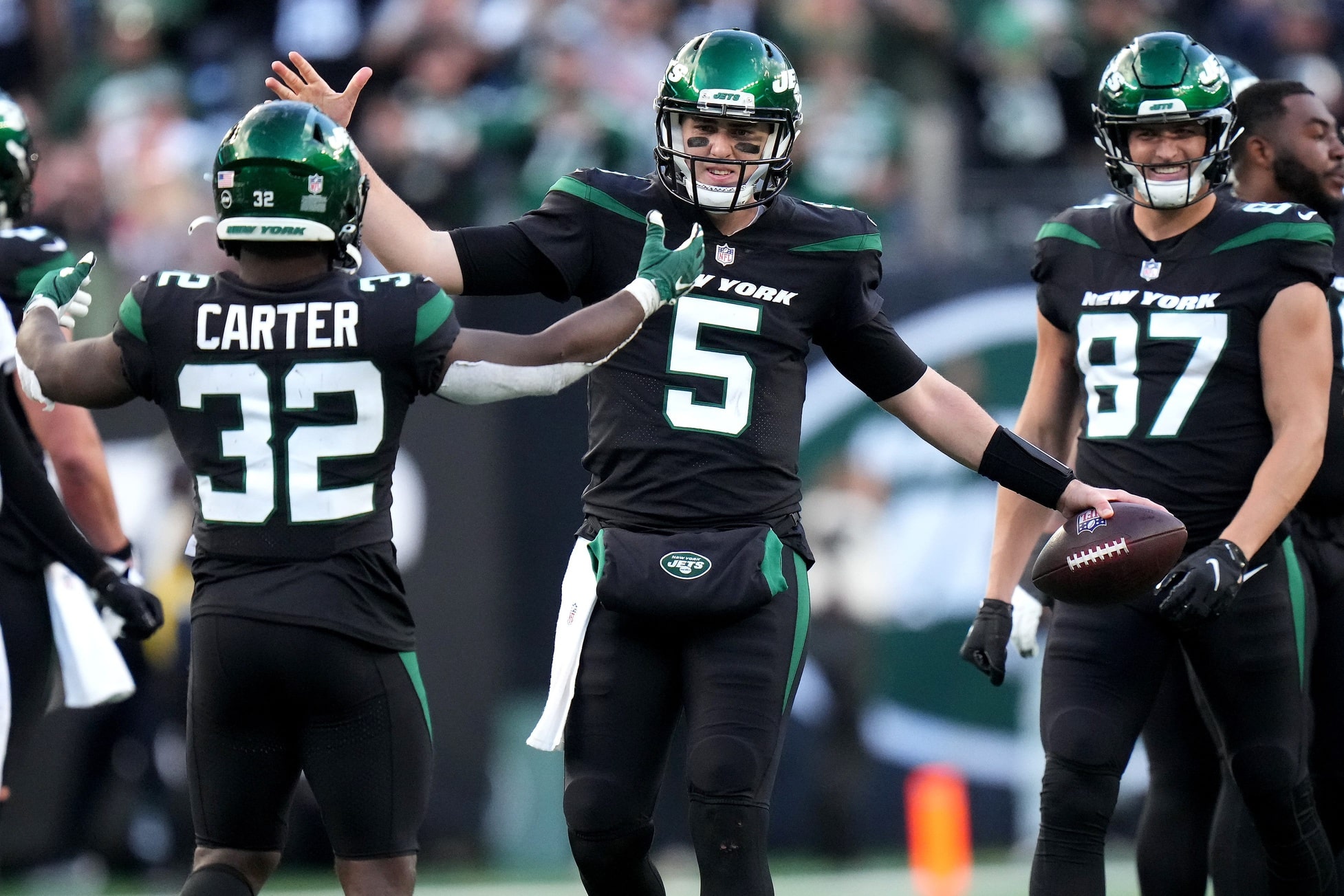 This week officially takes us over halfway into the 2021 NFL season, and Week 9 gets underway here with an intriguing Thursday Night Football matchup between the New York Jets and Indianapolis Colts. The Jets secured the shock win of the week last Sunday, beating the red-hot Bengals 34-31 courtesy of a huge performance from backup QB Mike White. The Colts meanwhile lost to the Titans to fall 3.5 games behind their AFC South rival, but still have hopes of winning the division after Derrick Henry was ruled out for the season.

To add to the excitement of this game, we’ve come up with a same game parlay that pays out at huge +3089 odds with FanDuel Sportsbook! I’ve cashed three of my past four TNF SGPs, so let’s go for another big winner here!

Makes sure you check out our picks on the side and total for EVERY NFL Week 9 matchup.

Jonathan Taylor to score a touchdown (-270)

The benefit of same game parlays is that you can combine plays that on paper appear slightly contradictory to boost the odds, when there isn’t actually too much crossover. That’s what we’re going for here. The Jets, Carter and Cole plays all correlate, but adding Taylor to score a TD gives the odds a nice boost, even though he is very short odds of -270 to find the endzone. We’ve also got a TD scorer at big odds with Cole, but that looks too big to me, which I’ll explain shortly. Let’s break it all down.

The Jets will no doubt be riding high after their big win over the Bengals, and I expect them to at least keep things respectable against the Colts. Backup QB White made the most of his first-ever NFL start, registering 405 passing yards and 3 touchdowns, and although some regression here is almost a certainty, he should still have enough in his locker to keep New York within 10. After all, the Colts have allowed the seventh-most passing yards per attempt in the league and the second-most passing touchdowns. Further, something that made the Jets’ offense so effective was quick passes to running backs Michael Carter and Ty Johnson, who combined for 166 receiving yards off 14 catches. If they can conjure up a similar impact, New York should be able to make Indianapolis pay.

The Jets have allowed just 10 passing TDs this season (sixth-fewest) while also holding opposing running backs to 4 yards per carry. The Mike White factor means the Jets could be anything in this game, but 10.5 points is a lot to give up and it’s worth leaning towards New York to kickstart this SGP.

As mentioned above, Carter had a huge game alongside Johnson last week, and the North Carolina product himself had 95 receiving yards from 9 receptions. The previous week against New England, which saw White take over from the injured Zach Wilson, he had 67 receiving yards from 8 receptions. Clearly, White loves to throw the ball to his running backs and there is no reason why Carter won’t once again enjoy a good receiving game. Based on what we’ve seen the past two weeks, this line looks very generous.

This play is what really gives our SGP a boost. Cole has yet to score a touchdown this season, but he should have the chance to find the endzone on Thursday night. For starters, the wideout did actually make an incredible grab to score a TD last week, but the officials overturned the call after he was deemed to not be in full control of the ball before stepping out of bounds. Cole’s had a couple of decent yardage games, but that play in particular highlights how dangerous he can be and I expect White to look for him in the redzone. Cole also played 65% of offensive snaps against the Bengals last week, which was the second-most played by a receiver. At +480 odds, I’m happy to take a chance on this receiver to really make this SGP interesting.

Jonathan Taylor to score a touchdown (-270)

Lastly, we add a Colts play to bump the odds up a little more. Indianapolis has scored 30 points or more in each of their last 3 games, so I’m expecting them to have more than a couple of trips to the redzone. That in itself should open the door for Taylor, who has scored 6 touchdowns in his last 5 games and registered 100+ rushing yards in 3 of them. The Jets have allowed 12 rushing scores, which is the second-most in the NFL, and I fully expect Taylor to add to his tally.

Don’t forget to find out our best touchdown scorer bets for Jets vs Colts!