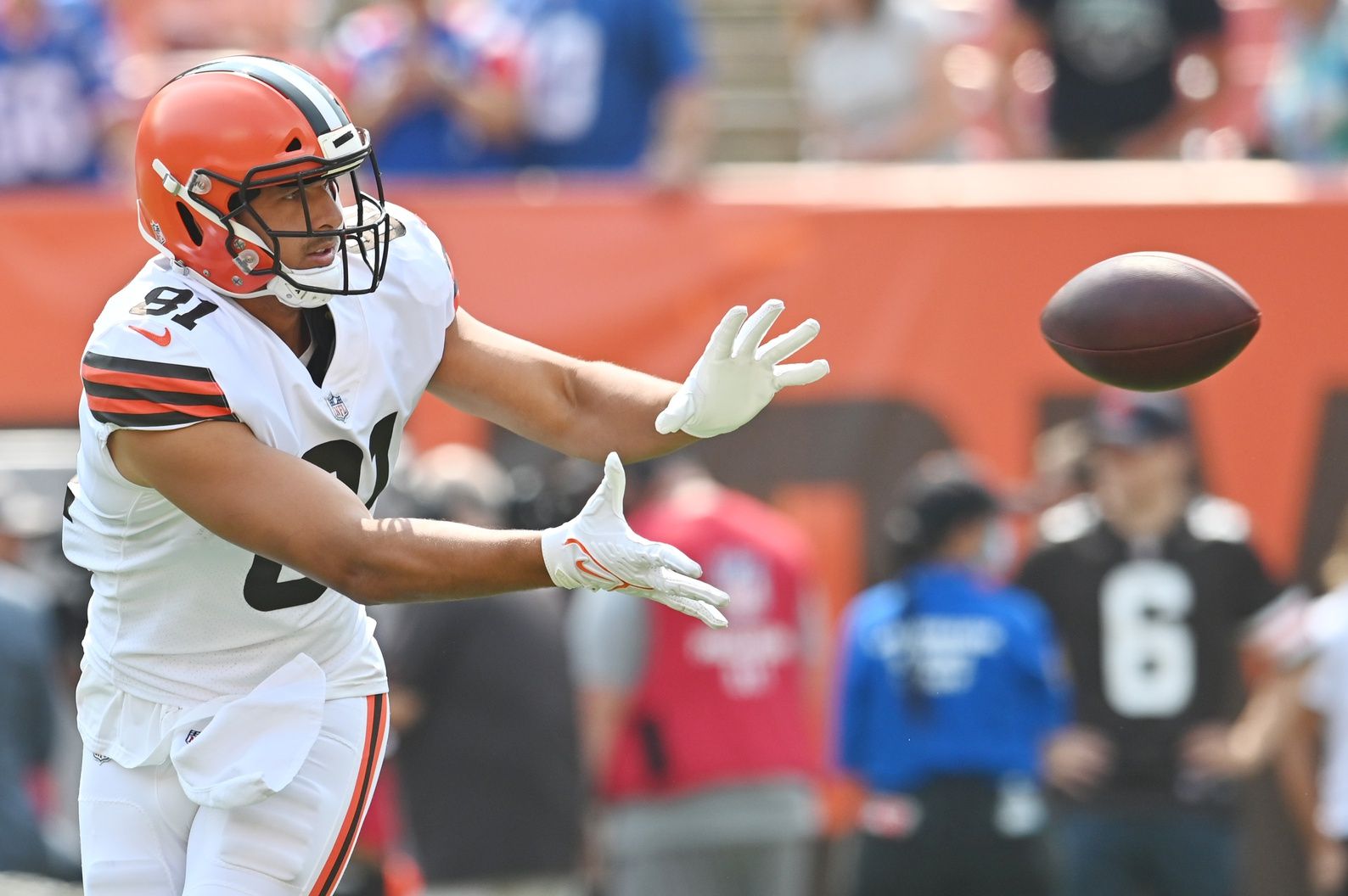 A self-confessed sports nut who has managed to turn his passion into a career, resulting in the last 15 years being spent covering a wide variety of sports for numerous media outlets. You can find me writing mainly about the NFL and NHL here on Pickswise, with a bit of soccer on the side. One of the rarest of breeds: an actual LA Chargers fan.
Published: 10:45 AM ET September 10, 2021

Kansas City and Cleveland put on one of the most thrilling playoff encounters of 2020 and the schedule makers have treated NFL fans by matching the two teams up in the pick of the week 1 games.

The Chiefs are the favorites for Super Bowl glory this year, despite the thrashing they took from Tampa Bay in last year’s showpiece and all the big names are back at Arrowhead, alongside a new and improved offensive line.

The Browns want to join the Super Bowl conversation after ending a 27-year wait to win a playoff game last year and have built a well-rounded roster that could improve on their 2020 record of 11-5.

This has all the makings of a blockbuster match up and just to sprinkle a bit more excitement on top we have put together a fourfold parlay paying at odds of +1307.

Austin Hooper to score a touchdown (+270)

The Kansas City Chiefs were no friends to bettors in 2020 as they failed to cover the spread in 11 of their 19 games, including the playoff showdown with the Browns. Patrick Mahomes sat out the second half of that postseason game with a head injury and while that needs to be taken into consideration when considering the outcome of this meeting, Cleveland can still keep this close.

The Browns raised their game on a consistent basis last year, winning four of seven meetings with playoff teams and look a better unit to this time 12 months ago. The additions to the secondary should help prevent them from being in so many shootouts in 2021, while a fully fit Odell Beckham Jr. being back on the offense gives them big play potential.

The Browns are also 5-1 ATS in their last six road games as the underdog and there’s plenty to like about them running the Chiefs close.

All 11 offensive starters have returned for Cleveland this year and with a full pre-season working under head coach Kevin Stefanski, there’s a lot of reasons to be excited about the Browns offense. One of the top offensive lines in football protects quarterback Baker Mayfield and while he doesn’t always convince, he has enough talent around him to put up some good numbers.

Mayfield has plenty of options at wide receiver and tight end, while the running back combo of Nick Chubb and Kareem Hunt is one of the best in the league. The Chiefs have had issues stopping the run for the last three years and their defensive front could easily be shifted around by the Browns o-line.

Cleveland averaged 26.8 ppg on the road last year and a continuation of that trend at Arrowhead looks likely.

Austin Hooper to score a touchdown (+270)

Mayfield is spoilt for choice when looking to pass the ball, particularly with Beckham Jr. back in the line-up. One of his favorite targets towards the end of the 2020 campaign though was tight-end Austin Hooper. A big free agency acquisition from Atlanta, Hooper took some time to get going in Ohio but finished the year well, scoring touchdowns in 4 of his final 7 games.

Hooper will be up against a Chiefs linebacking group that were found wanting in coverage in 2020, falling below a 45% success rate, while the defense gave up nine touchdowns to tight ends. Look for Hooper to have a big day.

The big takeaway from the Chiefs offseason is the new offensive line. An upgrade was long overdue and while Mahomes should see better protection, the Browns defensive front can give them something to think about.

Expect to see Mahomes forced to put those scrambling skills to good use again, as he did at the end of last year when he rushed for 14 yards or more in 7 of the last nine games for the Chiefs.