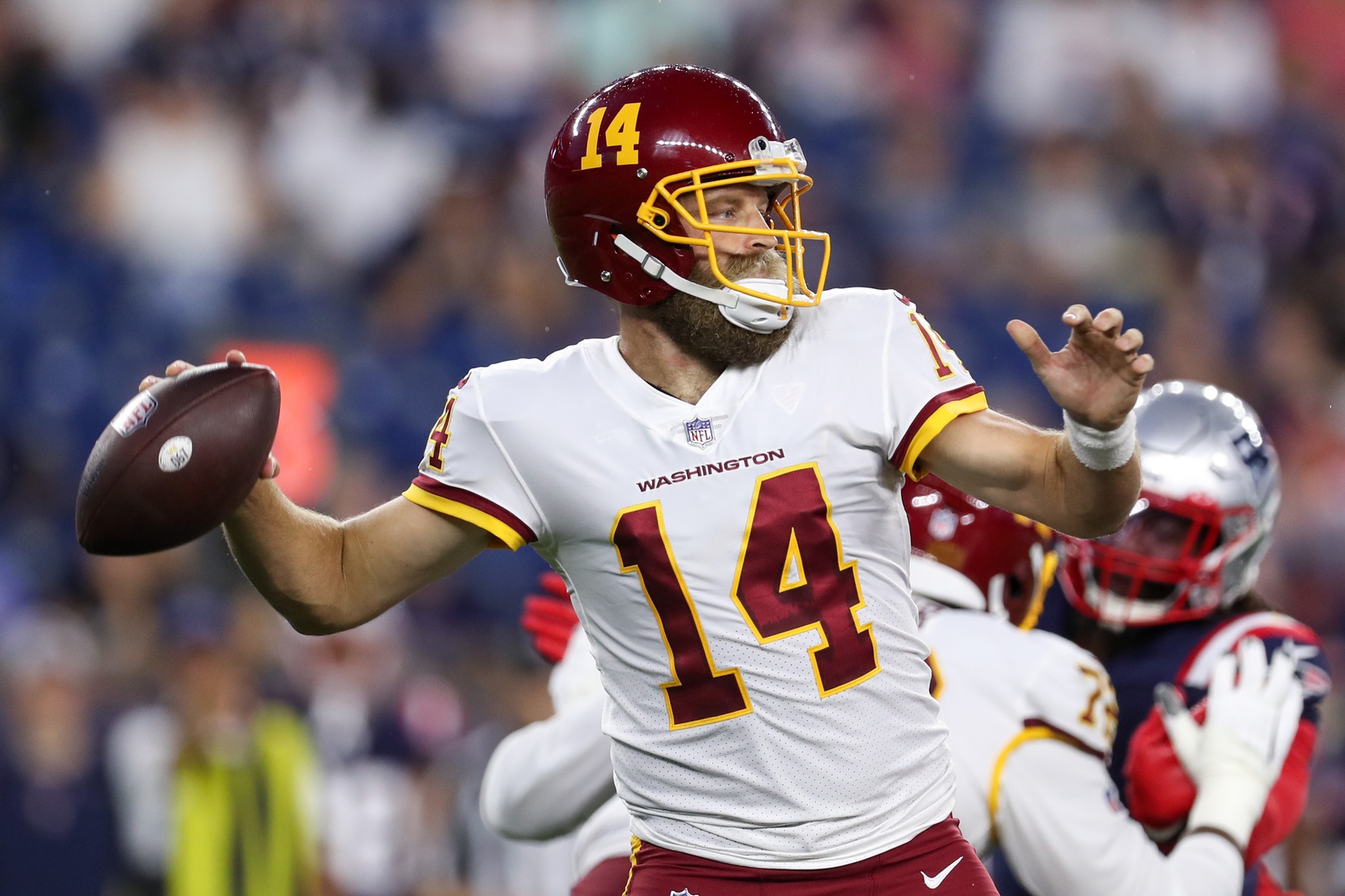 Washington hosting the LA Chargers isn’t going to do crazy numbers when it comes to TV ratings but this encounter of two teams with a genuine chance to make the playoffs this year could be sneaky good.

There’s great talent on both sides of the ball on show for the Football Team and the Chargers, while the quarterback match up between two en at very different stages of their career carries plenty of intrigue.

If you hadn’t planned to pay too much attention to this one then what were you thinking?! If we haven’t already sold it to you enough then how about adding to the excitement by backing our fourfold parlay that pays +1642.

Terry McLaurin to score a touchdown (+160)

The sportsbooks have this as a pick-em game with the spread set at one point and on paper at least, Washington and LA are well matched. There could be a few key differences though that swing this in the home team’s favor, with Washington’s defensive front against the Chargers rebuilt offensive line a potentially game-defining differential.

Any o-line will struggle to block Chase Young and Montez Sweat this year but they could cause the Bolts big issues, particularly if right tackle Bryan Bulaga is out.

The other key difference could be the lack of action the Chargers’ starters had in preseason. New head coach Brandon Staley benched the likes of Justin Herbert, Keenan Allen, and Derwin James to keep them fit for the regular season. While that might prove a smart move given LA’s injury history, it could leave them rusty when facing a Washington team that allowed their starters to see some action in preseason.

With so little to choose between the teams, it could be the small things that make the difference.

The Chargers may take some time to blow away the cobwebs after being wrapped in cotton wool for the preseason and that could play a part in this one being a slow burner.

Ryan Fitzpatrick’s recent Week One efforts leave a lot to be desired and he could also take a bit of time to get up to speed with this new offense. Both defenses look better too so expect the respective offensive coordinators to need some time to work them out.

Neither of these teams tended to hit the ground running in games last year either, Washington averaging 2.9 points in the first quarter, while LA went 4.6 across 2020.

Terry McLaurin to score a touchdown (+160)

When the scores do start to come expect Terry McLaurin to be at the heart of the action. Washington’s top receiver racked up 1118 yards in 2020 but surprisingly only four touchdowns. Fitzpatrick is an upgrade on what Scary Terry has previously had to work with and we should expect to a boost to those TD numbers.

One of the weak points in this Chargers team is at corner, where they lost their best coverage CB in Casey Hayward in the offseason. Michael Davis and Chris Harris will be tasked with keeping McLaurin under control but won’t find that easy.

The speed of Washington’s defensive front means Herbert is going to need to get the ball out quickly on a regular basis and running back Austin Ekeler could see a large share of the targets as a result.

Like many Chargers, Ekeler missed time through injury last year but when he was on the field he was used often by Herbert in the passing game. He posted six games with 30 or more receiving yards and the up tempo offense the Chargers want to employ this year could up his workload further.