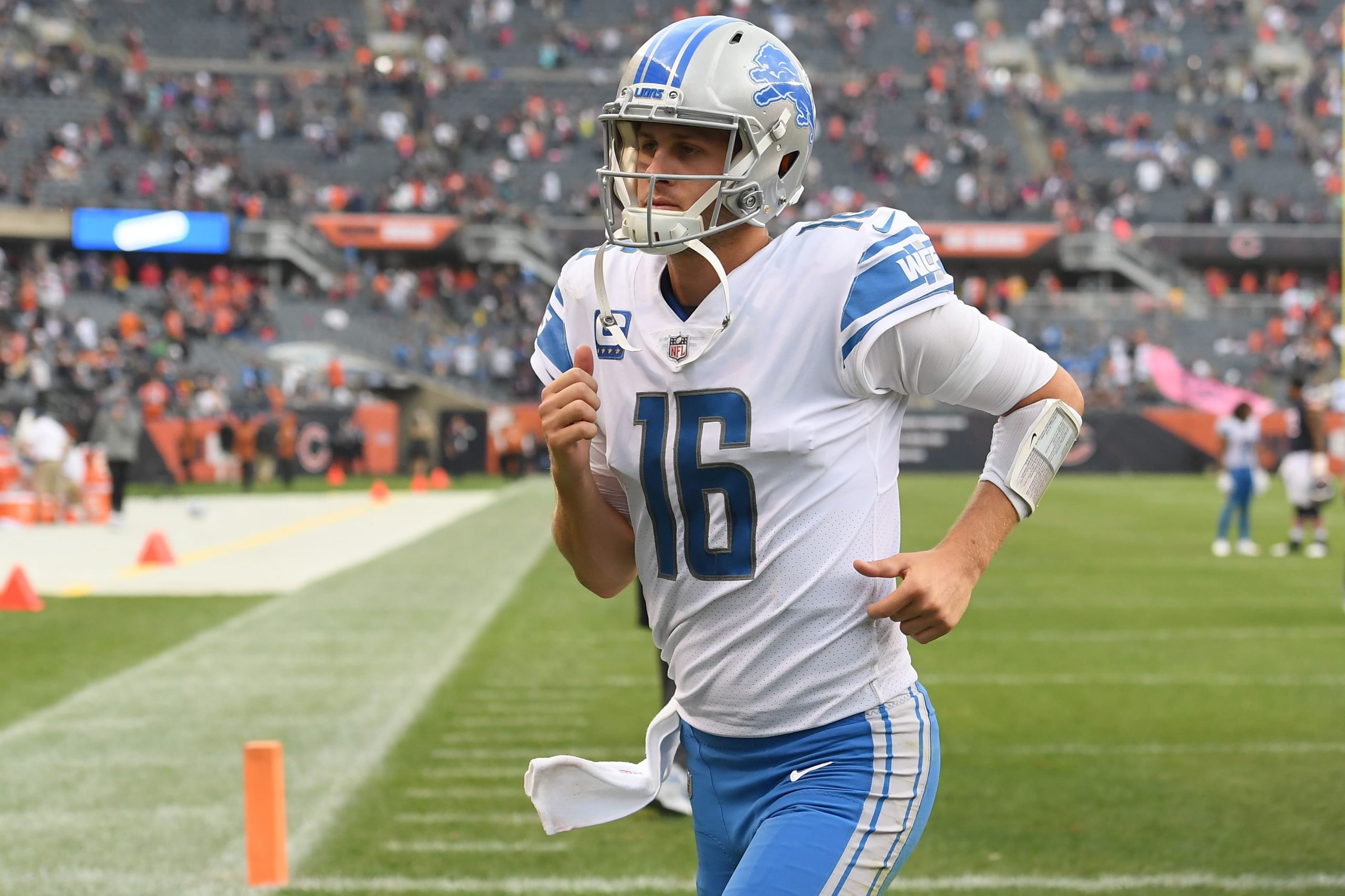 Whew! The first couple of months of the 2021 NFL season sure have been a wild ride. The action has been truly thrilling, and we’re only a little over halfway through. We have a great Week 10 slate on Sunday, which will be highlighted by an NFC showdown between the Seahawks and Packers and a great Sunday Night Football matchup featuring the Chiefs and Raiders. It’s an NFL Sunday, we might as well celebrate by trying to hit the jackpot and score a massive payday, right?

Without further ado, here is our 12-leg Week 10 millionaire parlay.

Yes the Bills have been a disappointment recently. And yes I like Mike White just as much as the next guy. But there’s no way I can take the Jets here. Even if White manages to have another great day (which I doubt he will against an elite Bills defense), New York’s defense has been a complete sieve.

Keeping things chalky here for the second leg of this millionaire parlay. The Bucs are coming off a bye, and the bye week last year is when they really started to turn things on. This offense dominated Washington’s defense in the playoffs last year, and that was when the Washington ‘D’ was playing a lot better than it is now.

To help us get the odds to truly make this a millionaire parlay, we’ve got our first money line underdog. Continue to underestimate the Falcons at your own peril. They just knocked off the Saints as big road underdogs last week, and I think there’s a very good chance they do it again here. The Cowboys benefitted from a soft schedule for a while, but just got exposed by the Broncos.

The Titans are getting disrespected with this line. I’m not a full-on believer in Tennessee, but they just beat the Rams convincingly on the road. I think they’ll be able to handle Trevor Siemian at home. Siemian should regress after his debut at home against Atlanta, now that he has to go on the road to play a tough Titans defense which has had all week to prepare for him.

The Jaguars pulled off a shocking upset over the Bills last Sunday. They aren’t going to do it two weeks in a row. That performance had fluke written all over it, and even in the win they only put up nine points. They’re going to need to score a whole lot more than that here.

If anyone’s going to lose to the Lions to give them their first win of the season, it’s the Steelers. Pittsburgh is notorious for playing down to their level of competition. They keep squeaking out ugly wins, and are due for some serious regression. The Steelers are on a short week after playing on Monday Night Football, while the Lions are coming off the bye.

The Browns are riding high off their huge win over the Bengals, and now is the time to sell high. I’m still skeptical of Baker Mayfield, and he just picked up a new foot injury to go along with his shoulder issue. When you throw in the fact that Nick Chubb has COVID and Myles Garrett has a foot injury of his own, there’s no way I could back the Browns here.

The Vikings are a bit of a dumpster fire right now, but I’m still backing them here. Minnesota is much better than its record indicates and has already lost twice in overtime and a couple of other heartbreakers. The Vikes are due for some positive trending, and they should have a lot of success on offense against this porous Chargers run defense.

PJ Walker going on the road against the Cardinals? I’ll pass, thanks. Walker will replace Sam Darnold under center for Carolina, and should be just as ineffective. He was horrible in relief of a benched Darnold a few weeks ago. The Cards continue to roll, and it looks like Kyler Murray is going to return on Sunday.

A lot of people prematurely wrote the Broncos off, but they showed last week in a dominant win over the Cowboys that they’ve still got something left in the tank. I’m pretty low on this Eagles offense, and I don’t think Jalen Hurts will fare well in the hostile environment of Denver.

Seattle is getting a huge boost from the return of Russell Wilson. Even assuming Aaron Rodgers gets cleared to return to the Packers on Saturday just a day before the game, he’ll have been away from his teammates and the facility for nearly two weeks. The Seahawks’ defense has also quietly been playing a lot better in recent weeks.

Give me the Raiders on Sunday Night Football to wrap up this millionaire parlay. Everyone has been talking about how bad the Chiefs defense is, which has distracted them from the fact that the offense has been almost as bad lately. Something is up with Patrick Mahomes, and I can’t take him as a road favorite over a solid Raiders team right now.