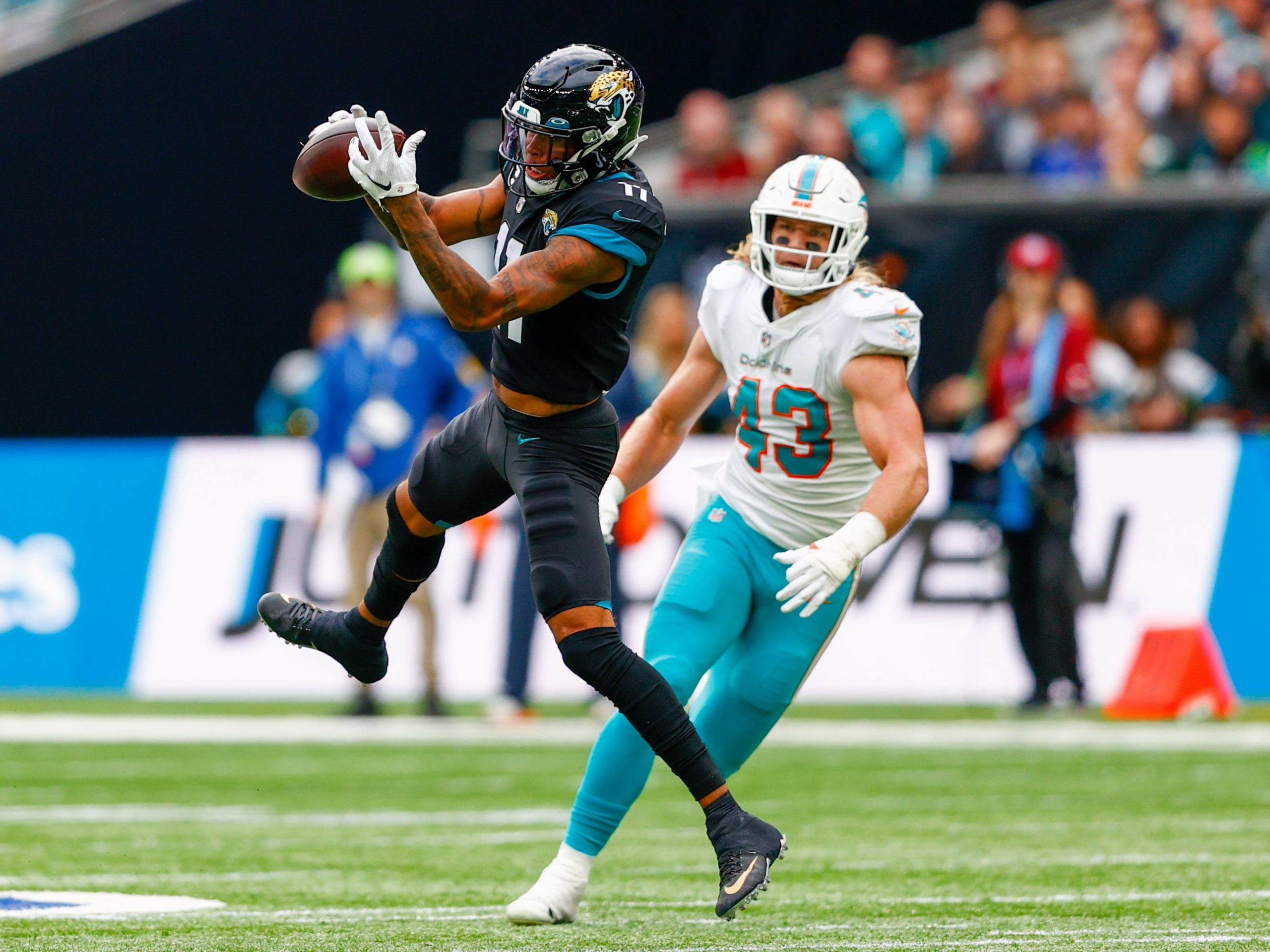 Things may finally be heading in the right direction for the Jacksonville Jaguars, who have gone from pretty much a national joke to the team who beat AFC contenders the Buffalo Bills in less than a month. The Jaguars scored their Week 9 success by the rare scoreline of 9-6 as double-digit underdogs and they’re bidding to repeat the feat against a resurgent Indianapolis Colts team, who have won 3 of their last 4 games.

Sunday’s 1:00 pm ET CBS game could be a key contest in the AFC South season, so let’s take a look at the 3-leg same game parlay we’ve prepared for it, which pays almost 12/1 with FanDuel Sportsbook.

Can the Jacksonville Jaguars win straight up as a huge underdog for the second successive week after stunning Buffalo? Probably not. Can they at least stay within 13 points of an Indianapolis team which, let’s not forget, has only 2 more wins than the Jags this season? They certainly could. The Jaguars’ home win over the Bills was a huge step forward from their heavy 31-7 loss in Seattle the week before. But they had got their first win on the board by beating Miami in London in Week 6 and they certainly look a more NFL-worthy unit than they did in the first few stuttering games of Urban Meyer’s reign. Meyer could have running back James Robinson healthy for this trip, and starting quarterback Trevor Lawrence should be good to go after sustaining an ankle injury against the Bills.

The Colts should be a lot better than a 4-5 team on talent level, and their only losses since a stuttering 0-3 start have been in overtime to the Ravens and Titans, which is no disgrace. They beat the Jets by 15 on Thursday Night Football last week but can expect a feisty effort from a Jaguars team who should be growing in confidence. The Colts have won 7 of the teams’ last 8 meetings in Indianapolis and may well do so again, but the Jaguars can avoid a blowout so take a Colts win by 1-13 points on the 4-way winning-margin market as the first leg of our parlay.

Marvin Jones to score a touchdown at odds of 2/1 provides a nice boost to our parlay odds, and it’s a fair offer for the team’s top receiving TD scorer. Jones scored TDs in the Jags’ first 2 games of the season, and also found the end zone in their first win of the season, over the Dolphins in London, when he had a 100-yard game. The Colts have given up 64 points in their last 2 outings, so the chances of another touchdown-free game for the Jaguars this week seem slim.

Jamal Agnew is emerging as a key man for Jacksonville this season after making his name as a special teams ace. He’s had 30 targets in their last 4 games, snagging 20 balls for 184 yards and a TD (the team’s only score against the Seahawks). With the Colts secondary missing cornerback Xavier Rhodes, he can take advantage on the fast field at Lucas Oil Stadium.