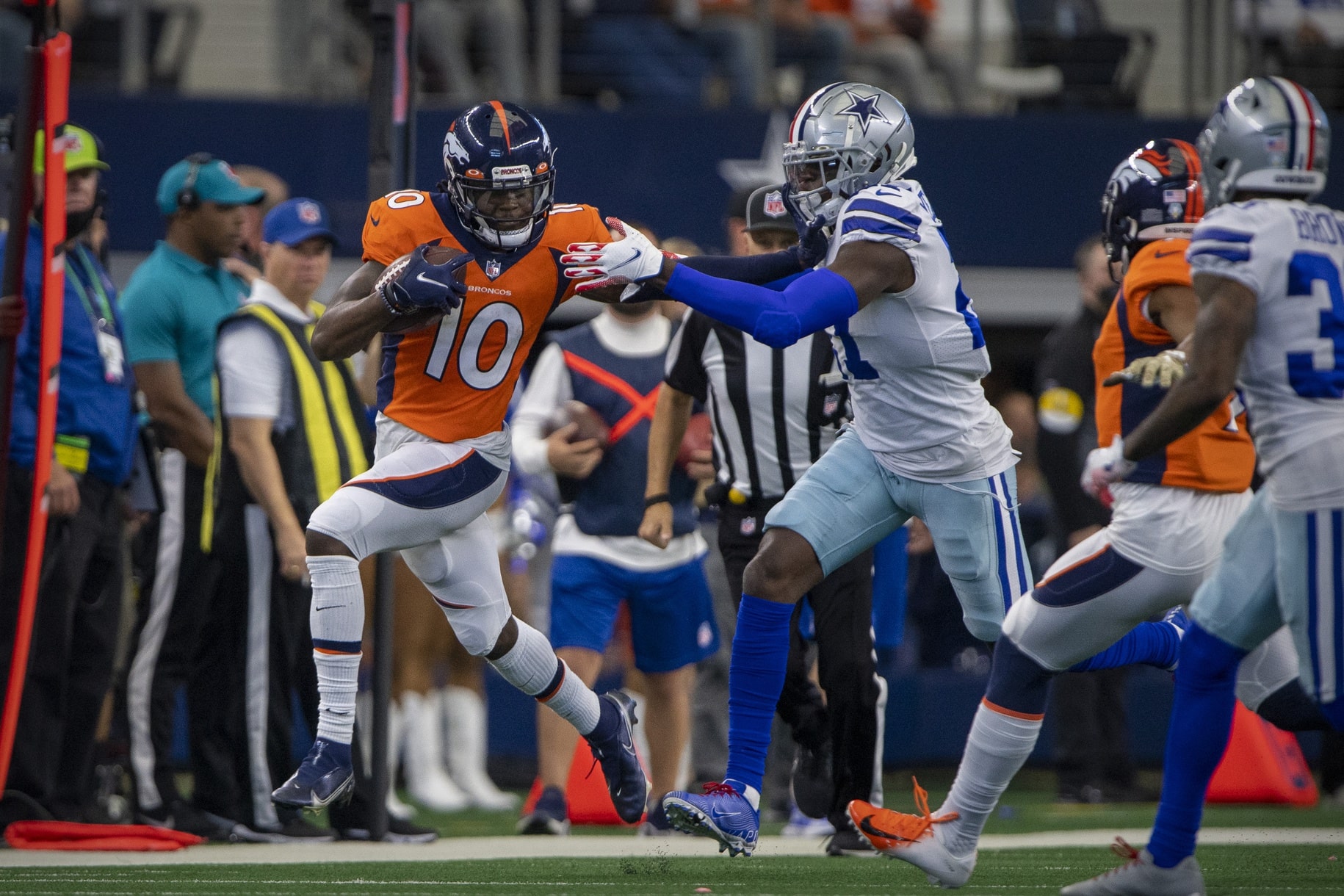 The NFL wasn’t short of shocks before, during and after Week 9 with one of the biggest surprises being the Broncos stomping all over the Cowboys in Dallas.

That victory improved Denver to 5-4 on the season, keeping them in the playoff hunt, and they now face another NFC East opponent when the Eagles fly into Mile High on Sunday.

The Eagles were beaten by the LA Chargers last time out, the 4th win for the AFC West in the last 5 meetings with NFC East teams. Philadelphia battled hard in against the Bolts though and head to Colorado not short of confidence having won 3 times on the road this year.

We have put together a same game parlay for their Week 10 matchup. We’ve broken down each leg of the parlay below.

Before you read our reasoning, don’t forget to take a look at our full preview for Philadelphia Eagles vs Denver Broncos here.

The Broncos offense enjoyed its best outing of the season against the Cowboys, putting up 30 points for the first time this year while also getting the ground game going on a consistent basis. But after such a good performance, there’s a high probability the offense regresses this week to look more like the team that ranks 20th in average points per game and 18th in yards per game.

The Eagles offense also had success running the ball last week against the Chargers with Jordan Howard, Boston Scott and Kenneth Gainwell doing a good job sharing the burden in the absence of Miles Sanders. Quarterback Jalen Hurts had a solid but unspectacular outing and neither he nor Broncos QB Teddy Bridgewater look like being allowed to let it fly unless things go sideways.

Both teams look set to deploy similar game plans, leaning on the run which will, in turn, keep the game clock ticking over and limit the number of possessions in the contest. Add into the equation the under being 7-2 in Broncos’ games this season, the Eagles allowing only 20.8 points per game on the road this year, and it all adds up to this being a keenly contested matchup i which scores aren’t easy to come by.

Having said that the Broncos will look to move the ball on the ground first and foremost, it doesn’t mean they will ignore their talented receivers entirely. Bridgewater is blessed to have a good crop of targets and Jerry Jeudy is right at the top of that lengthy list.

Jeudy has looked great since returning from an ankle injury and led the team in targets and catches as he went for 69 yards against Dallas. The Broncos were utilizing Jeudy in a different manner to how he’d been used previously, passing to him behind the line of scrimmage as they attempt to get the 2020 first-round pick involved as much as possible.

The Eagles rank 20th against the pass in DVOA and despite having a couple of good corners, elite wideouts have found chinks in their armor with Keenan Allen going for 101 yards last week.

The Eagles coaching staff have clearly decided to take some responsibility off the shoulders of Hurts in the last 2 weeks and lean on their running game more. That makes total sense with their offensive line ranking 7th in DVOA and Hurts having been inconsistent throwing the ball at times.

What the Eagles have asked Hurts to do recently he’s done well, posting a QB rating of 115.3 against the Chargers. However, his performances haven’t added up to big numbers with the sophomore quarterback throwing for 103 and 162 yards in his last 2 outings. Four of Hurts’ last 5 games have seen him pass for under 200 yards and unless the Eagles get massively behind, it could be another quiet night for Hurts’ arm.