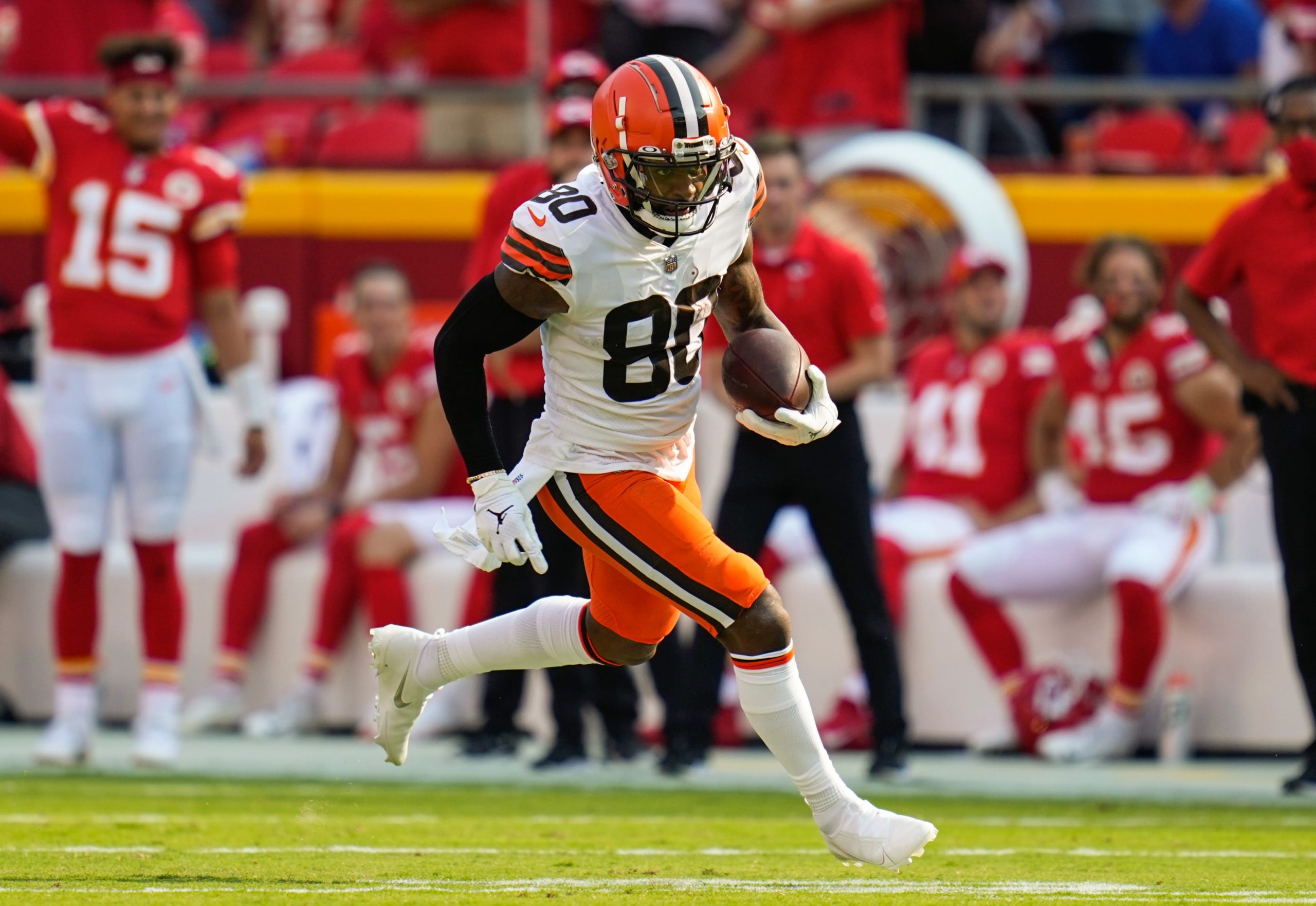 Addition by subtraction might be a harsh verdict on the Browns’ move to release disgruntled wide receiver Odell Beckham Jr. but they certainly didn’t look to have been hurt by the move when they bashed AFC North rivals Cincinnati 41-16 last week.

Going to Gillette Stadium and winning against the New England Patriots is a step up from beating the Bengals, psychologically at least, but the Browns should be confident enough heading into this battle of 5-4 clubs in a 1:00 pm ET CBS game on Sunday.

We have put together a 3-leg same game parlay to add extra interest to the contest, which pays better than 7/1 with FanDuel Sportsbook.

The Browns have come up short in most of their biggest tests this season but these days a visit to the Patriots does not hold the mystique of old and the visiting team can be backed to claim a valuable road success, or at least go very close. The Browns’ narrow loss to the Chiefs in Week 1 doesn’t look as strong a result as it did at the time and they also fell short against the Chargers, Cardinals and Steelers, with the last 2 performances being their worst of the season. Things took a dramatic turn for the better when they dominated the Bengals on the road last week and the team’s health is better than it has been at any stage this season, despite the absence of right tackle Jack Conklin and a Covid-19 outbreak that has denied them the services of running backs Nick Chubb and Demetric Felton. D’Ernest Johnson is set to start at tailback, with recent recruit Brian Hill added from the practice squad in support, but Johnson had 146 rushing yards when getting his first start against Denver, so there are no real worries on that score.

The Patriots have won 3 in a row after a 2-4 start, but they are 1-4 at home and the Chargers are the only team with a winning record they have beaten this season. The Pats are also short of RB help with Damien Harris ruled out and Rhamondre Stevenson (concussion) listed as questionable. The Browns circled the wagons impressively when their season looked in danger of collapsing after their loss to the Steelers and they are fair odds to continue on an upward curve.

Jarvis Landry has been a key part of the Browns’ turnaround since their 1-31 run in 2016 and 2017. He has not yet got going in 2021 after a knee sprain sustained in Week 2 against Houston and he made uncharacteristic drops in the sorry loss to Pittsburgh. But the volume should return as he gets closer to full health and with former WR1 (when available) OBJ off the scene now. With no Nick Chubb, QB Baker Mayfield will look to the dependable Landry for support and he is fancied to get what would be only his second score of the season. Incidentally the first was a running play against Kansas City in Week 1 and with Chubb out, Landry is a candidate to get a couple of carries on sweeps or handoffs too.

Former Browns coach Bill Belichick — it still surprises some youngsters, but it’s true (he went 37-45 with the Browns from 1991-95 with 1 playoff win) — is famous for trying to take away what the opposition does best with his defenses but it stands to reason that he thinks the same way offensively too. The Patriots have re-established their identity as a run-first team this season, and it makes sense with rookie QB Mac Jones under center. Even without top RB Harris this week, the Pats are expected to rely on their ground game. Belichick will have noted the impressive recent play of Browns CB tandem Denzel Ward and rookie Greg Newsome and there may not be a lot of passing plays called for wideout Jakobi Meyers. Meyers is yet to score a TD for the Pats despite 131 receptions in 2.5 NFL seasons, and his yardage totals are not crazy either despite being the team’s leading receiver this season. Meyers has topped 48.5 yards in only 3 of his 9 games this season and has totals of 44-44-36-8 in his last 4 appearances.